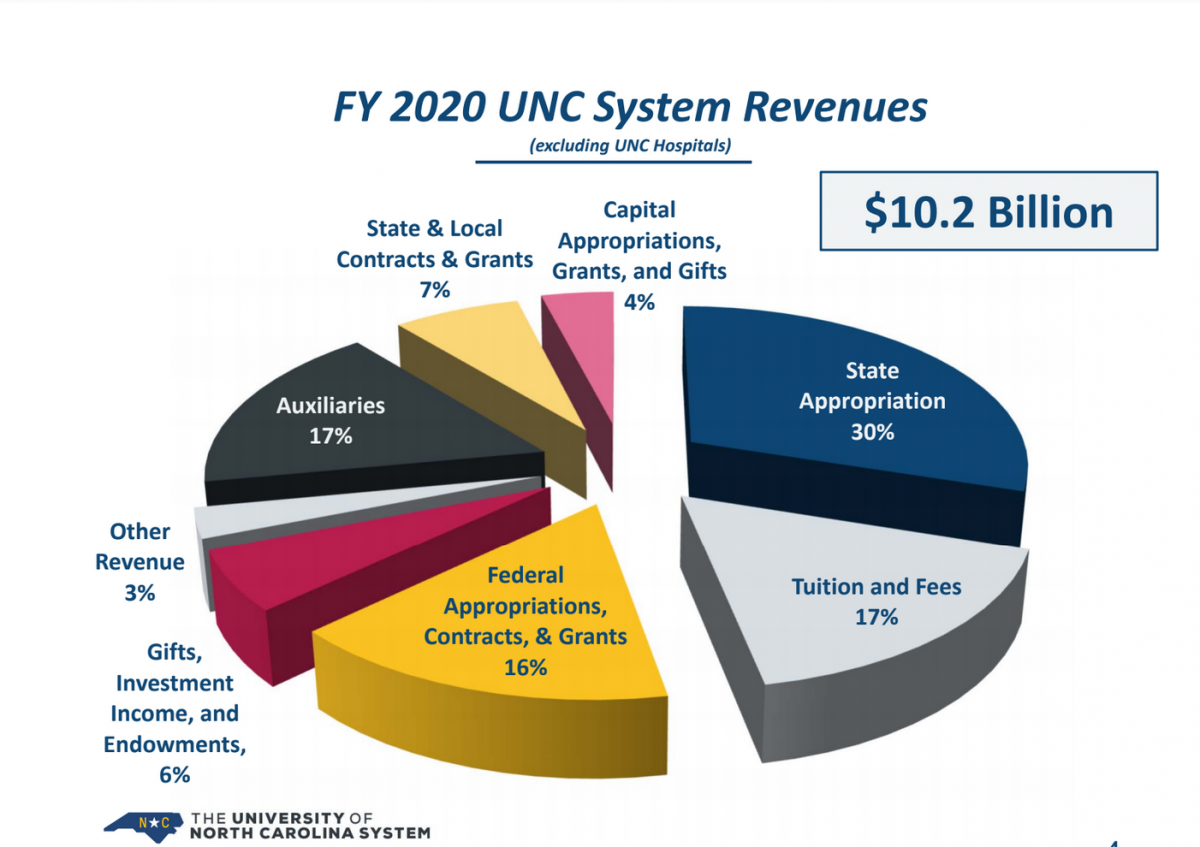 Everything that the UNC system and its constituent institutions do is dependent on a generous inflow of money. In fiscal year 2020, the UNC system received $10.2 billion in revenues, excluding revenues for UNC hospitals.

Where does all that money come from?

By far, the state of North Carolina is the system’s largest source of funding—followed by tuition and fees, as well as money made by residence halls, food services, etc. Below is a breakdown by percentage of the system’s revenue sources:

Regarding fees, the report notes: “S.L. 2012-142, Section 9.9 permitted all student fees to be budgeted in Institutional Trust Funds, rather than the General Fund.”

Here is a summary of how the system spends its revenue.