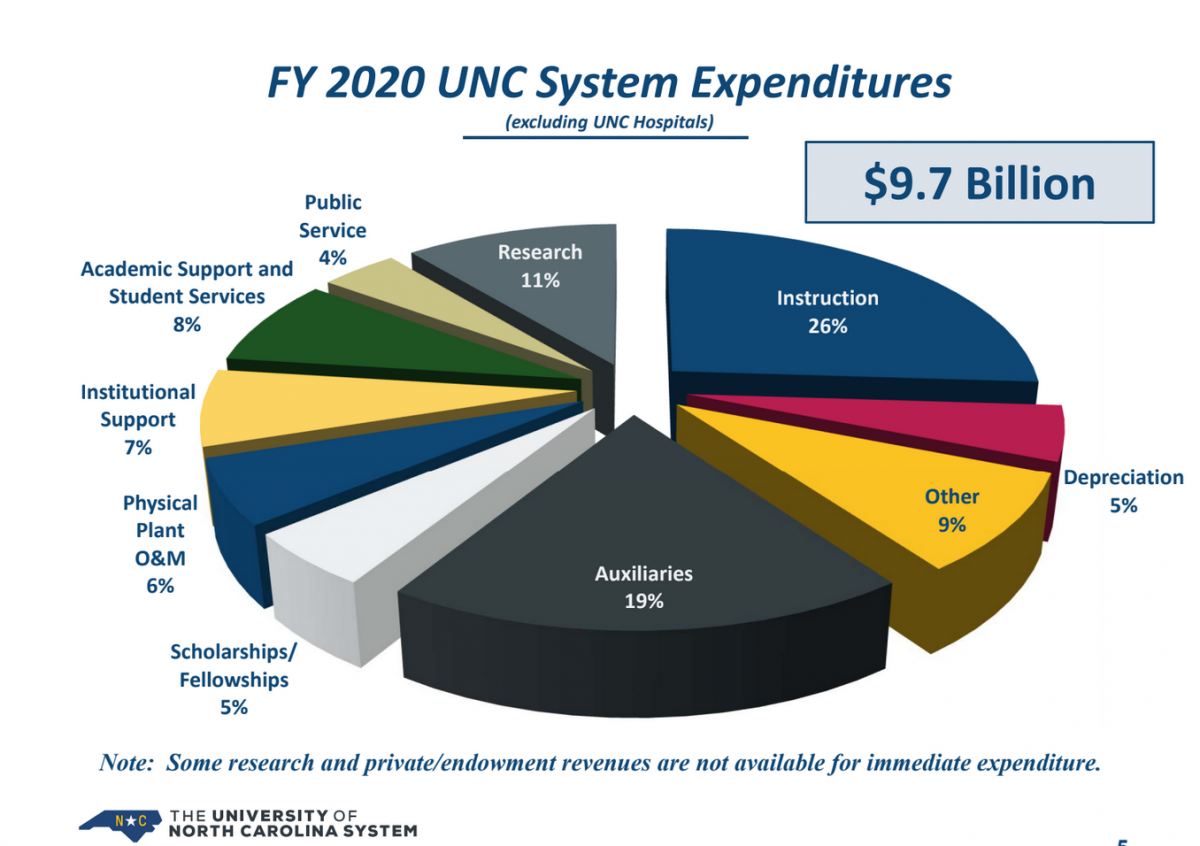 As a public institution, it’s vital that the University of North Carolina system is transparent with how it spends its money. As a form of accountability, the system is required by state law to provide publicly accessible financial data.

In fiscal year 2020, the UNC system spent $9.7 billion, a total that excludes expenditures by UNC hospitals.

Where does all that money go? Below is a breakdown by percentage of the system’s spending:

These high-level breakdowns of expenditures can be viewed on a campus-by-campus level here.

The five-year summary report breaks down the expenditure categories in a little more detail. Over a five-year period (fiscal year 2015-2016 to fiscal year 2019-2020), the UNC system’s General Fund expenditures changed in the following ways:

More details on the 5-year summary can be found here.

And additional financial information can be found here.

UNC officials have told the Martin Center that they plan on developing a more detailed picture of all campus budgets and will share this information with the public when available.