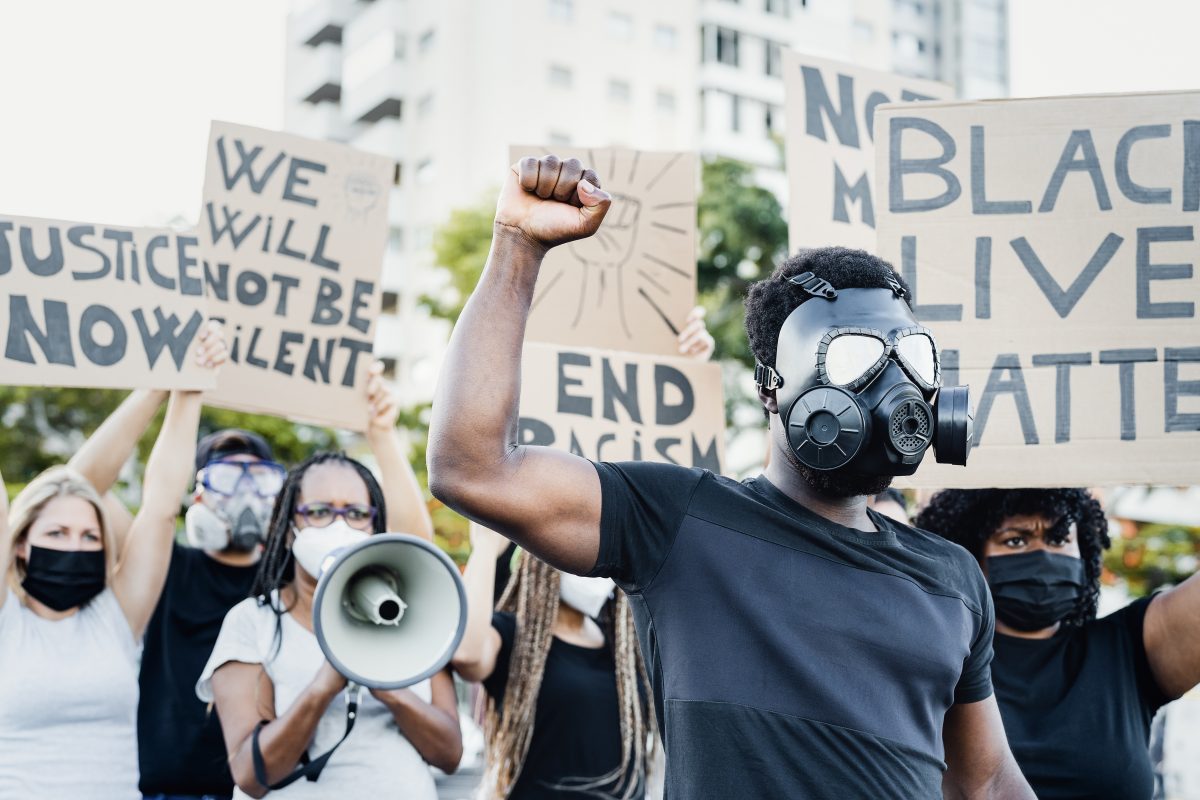 When the University of Chicago English Department announced over the summer that, in response to the protests after the death of George Floyd, they would only admit graduate students willing to work in Black Studies (a proclamation that, after media attention brought criticism, they recently removed from their webpage), observers of the increasing dominance of extremist ideas on race and race relations in higher education were not surprised.

Indeed, as things go ever crazier inside American universities with respect to racial politics, it becomes more and more difficult for those of us on the inside, watching things deteriorate on a daily basis, to give those not here on the ground a concrete sense of the full extremity of what is happening.

From my vantage point as an academic sociologist, I have seen the disturbing process of what we might call the BlackLivesMattering of American higher education from quite close up, as my discipline is one of the main sites of the creation and propagation of the absurdly fantastic ideas responsible for this development.

For example, Patricia Hill Collins, a former president of the American Sociological Association, is one of the inventors of the notion of intersectionality. This is the reverse status hierarchy by which one is able to determine, from the combination of group categories that make up an individual’s identity—class, gender, race, sexual orientation, etc.—what one’s privilege/victimizer and oppression/victim score is, and thereby rank oneself against others in those same crude and collectivist terms.

A more-recent ASA president, Eduardo Bonilla-Silva, was an early proponent of “color-blind racism” as a way to maintain, in light of the fact that racist behavior has decreased considerably in the past half-century, the radical effort to account for all contemporary racial disparities by reference to the evil-doing of whites.

In his view, though slavery and Jim Crow disappeared, the white supremacy that birthed them never died—it only went undercover. While blacks were once crushed by whites who paid attention to their racial identities, now they are mercilessly dominated by whites who refuse to do so, because in not thinking of blacks solely in terms of their racial identity these color-blind racists give cover to the ghostly operation of systemic racism.

This latter term is never effectively defined, of course, but in this view, it needs no argument to support it. It exists by virtue of asserting its existence. Racism is always, everywhere the only possible cause of all the difficulties blacks face.

These were founding figures in the current radicalization of academic discourse on race, whose core writings date from the ‘90s and early ‘00s. In that time, a short few decades ago, such ideas were still considered rather fringe. Today, they are mainstream—Ibram Kendi’s much-touted writing is deeply indebted to these and other predecessors—and they inform a vast amount of what happens in higher education, from the formal and institutional to the everyday and interactional.

How does the BlackLivesMattering of American higher ed look on the ground, in particular institutions? Permit me to offer a few exemplary ethnographic observations from my campus, a small eastern liberal arts university, less radical than some, likely reasonably representative of what’s happening in many other places.

Within a day or so of the breaking of the George Floyd story nationally, a petition appeared on our faculty listserv. It asserted, among other things, that our university was, like the rest of the United States, a place in which pernicious and insidious anti-Black sentiment, both conscious and unconscious, was prevalent, due to the legacy of four centuries of systemic violence. “It is, sadly, who we are,” the writers intoned, and they pledged to support efforts to ensure the physical safety of black members of the campus community, who were presumed to be under some serious threat of harm, and to combat white supremacy.

In short order, dozens of professors had signed it.

A few hours later, though, there was a response from another group of faculty who attacked the first group—not for their factually deprived virtue signaling, but for being insufficiently committed to “centering Blackness” in their critique of racism. Some of the signatories of the petition, it was pointed out, have apparently mentored white male students instead of their black female fellows, an intolerable oversight in light of the necessary work required to make our campus truly black-affirming and anti-white supremacist.

Over the next few days, an array of subsequent statements appeared. One, authored by a university administrator, declared that in America people with “melanated skins and experiences” do not have the same right to life enjoyed by others.

A succinct summary of the proceedings came from another of the presenters, who solemnly proclaimed that “America is a white supremacist state and anything that happens here is going to be about racism.”

Another collective statement appeared, and this one called on the university administration to enact a long list of changes. There were, of course, the usual demands for greatly increased minority hires and admissions and fundamental changes to the curriculum to reflect antiracism and criticism of privilege, but the university was also admonished to engage in lobbying efforts in the local community to ensure that black employees and students are not mistreated off-campus.

The writers also demanded that a study be undertaken and published on the history of the ways in which the university has benefited from slavery, land theft, and discriminatory labor practices.

Since then, the number of events related to race, racism, and antiracism here has accelerated at a pace sufficient to absorb a fair percentage of one’s working day. In one panel discussion, it was claimed that black students on campus felt “unsafe” and campus security would need to make adjustments to change that situation, though no evidence to support this feeling was presented.

In another event, a group of about ten faculty gave snap talks describing how racism infects their disciplines and how much work will need to be done to root it out. One speaker discussed the rioting and looting in some American cities in light of rioting in the 1960s. He was meticulously careful, though, never to use the term “riot” to describe the near-burning down of Detroit in July 1967, which at the time of its occurrence was the single most destructive such event in American history, and the recent destruction of Minneapolis to the tune of perhaps $500 million in damages. These were all “rebellions,” and the deaths of the rioters and snipers and other criminals responsible for all the mayhem were “murders” by police.

A succinct summary of the proceedings came from another of the presenters, who solemnly proclaimed that “America is a white supremacist state and anything that happens here is going to be about racism.”

These ideas did not appear in higher education overnight. I remember once, a few years ago, as I sat in my office waiting for a student to come discuss a paper, overhearing a group of colleagues chatting in the hall. “The Navaho believe that all white people are evil,” one noted. “Isn’t that an empirical fact?” responded another. They all laughed enthusiastically.

Such beliefs, once limited to half-jesting hallway chats, are now part of the official language of colleges and universities. The toxic ideology to which I was first exposed during my training as a graduate student in the 1990s was then confined to small sites within a few academic departments, published in academic journal articles that few read, presented at conferences to small cultish groups, but from the first, its proponents sought to find ways to infect other parts of the university system.

The political crisis in the country of the present moment has presented today’s purveyors of these and still worse ideas with an ideal opportunity for advancing the revolution. When the BlackLivesMattering of the universities is complete, a vast array of facts, reasoned intellectual perspectives, and legitimate areas of debate will become officially enforced taboo. This is not hyperbole. The people who hold the toxic ideas driving this revolution say as much in frank and unblinking terms.

Professor Kendi, the high priest of the movement, at least for the moment, who just received $10 million from the CEO of Twitter for his Boston University “Antiracist Center,” is unapologetic about the crude binary nature of this worldview: you are either with him, or you are a racist. There are no other options.

In 20 years, I have never been more worried about the future of American higher education.

Alexander Riley is the author of Angel Patriots. He is currently writing a book on Father Alphonse Mascherino, the founder of the Flight 93 Chapel in Shanksville, Pennsylvania, where United 93 crashed on September 11, 2001.  He is on Twitter at @Que_Sais_Je_99.

The Origins of the Cruel Ritual of Diversity Training

The BlackLivesMattering of Higher Ed: Some Notes from the Field