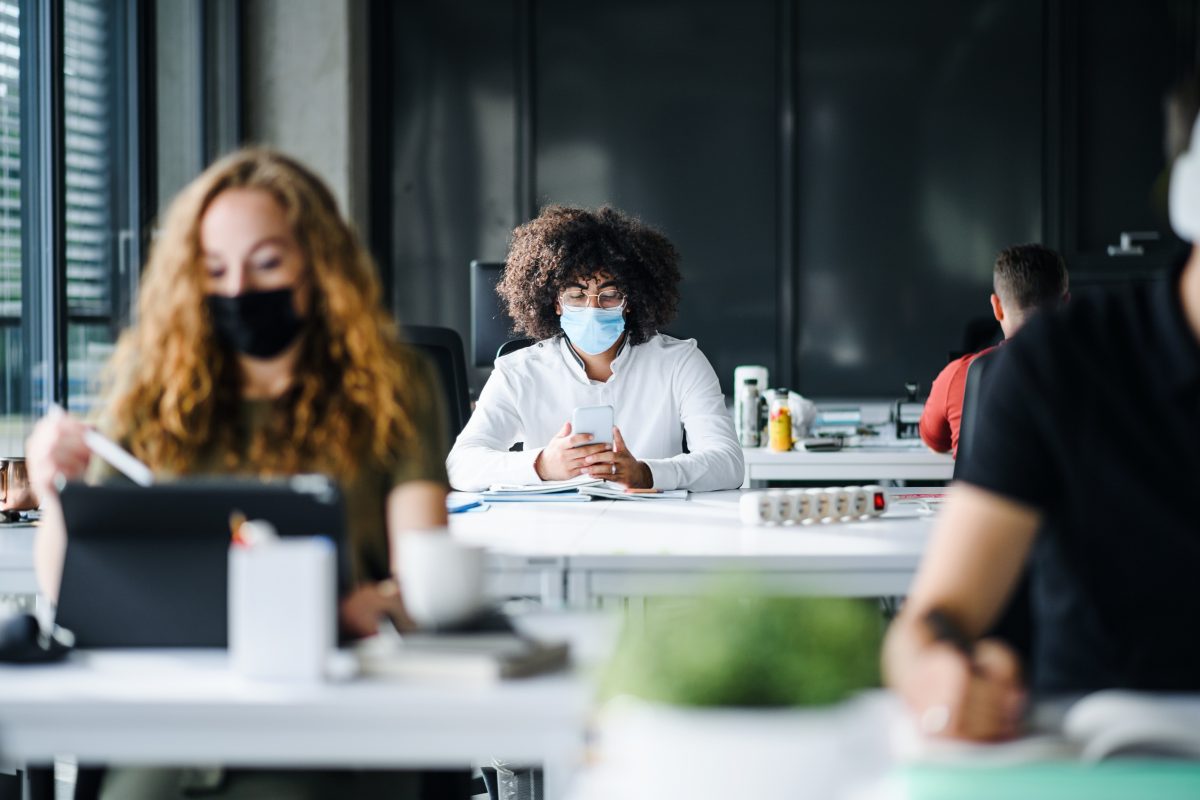 Although colleges across the country plan to reopen for the fall semester, much is still unknown about how to best proceed. Leaders are grappling with how to best safeguard public health while attempting to re-establish some sense of normalcy on campus.

Despite the uncertainties that lie ahead, a professor at the University of North Carolina at Chapel Hill, Buck Goldstein, argues that research universities like UNC-Chapel Hill have a responsibility to “lead the way when it comes to basic operations in the new reality.” “The choices they make and the mistakes they inevitably suffer will help guide governments and businesses of all kinds in restarting our economy safely, effectively, and ethically,” Goldstein said.

Goldstein is the university entrepreneur in residence and a professor of the practice in the department of economics at UNC-Chapel Hill. He writes a regular newsletter called Our Higher Calling and co-authored the book, Our Higher Calling: Rebuilding the Partnership between America and Its Colleges and Universities.

The Martin Center spoke with Goldstein to discuss how and why universities should reopen as the country battles COVID-19.

In one of your recent newsletters, you note how colleges are on a firm deadline to figure out whether—and how—to reopen this fall. You say that research universities are in a unique position—and have a special responsibility—to lead the way for other institutions on how to go forward in the wake of the pandemic. Why is that?

We have a unique community, I would say it’s a somewhat closed community, and we have the ability to punch a bunch of different buttons in an attempt to learn more about how people can live in a community within the context of the virus. Here at Chapel Hill, we also have an extraordinary group of scientists, epidemiologists, and specialists in all of the issues connected with the virus—and so I think we all believe that we ought to try.

But I think it’s also important to say that we still don’t know what we don’t know and that trying doesn’t mean that it’s going to work. It may be that we get through the whole semester, we may get through half the semester, events may change between now and when students come back in August. Our hope is to use fact-based information and not worry so much about extraneous issues and just try to make decisions based on what we know and hope that we can make it through the semester.

You list several recommendations that universities should consider implementing as they reopen, such as providing disclosures to students and allowing them to opt out of the fall semester if they are concerned about health risks. Do you know of any plans of allowing students to opt to do the fall semester online?

I think there’s room for a thousand students at UNC under a special program—if they have special needs—who can do the semester entirely online. I know that other schools are doing the same thing. There’s no way you can ask students who are particularly vulnerable to come back. The other issue is foreign students who can’t get here. There are provisions in the UNC plan [for those students], and I believe many other schools are doing a similar thing.

What kind of disclosures should be provided to students and parents?

To say that we have it all figured out and it’s going to be smooth sailing is doing everybody a disservice. I think that what you have to do is say that “We’ve talked to the best minds available and we believe we have a plan that is viable, but we don’t know what we don’t know and curveballs can come our way, and there’s certainly no promises.” This is certainly going to be a semester unlike any other and people are going to have to reach their own conclusions about whether they want to defer or what they want to do.

I think anyone who’s lived through the last few months has to understand that we can’t predict August, let alone September, October, etc. And we’re going to be done [with the semester] by essentially Halloween, and then [there will be] exams and the semester will be over, with exams, before Thanksgiving.

Everyone agrees that accommodations must be made for anyone who is at-risk. What can universities do to safeguard the health of faculty, students, and staff when classes recommence?

That’s an ongoing conversation at every university right now. I’ll give you an example: I teach a course with the chancellor and we have 25 students. And today we were talking about: What’s an appropriate room and setting for a seminar of 25 students if they’re going to be meeting in person? Do they need to be six feet apart? They certainly need to be wearing masks. Or could they be three feet apart? If they’re six feet apart, then how big does that room have to be? Should the seminar be meeting in person all the time or part of the time online through Zoom?

Probably every institution is going to be coming up with a slightly different model. The reality is, I don’t think anyone can guarantee anything right now. You can attempt to reduce risk and then faculty have to reach their own conclusions. I think, for the most part, faculty who need to teach online because of any underlying condition or age will be allowed to. Other faculty will be encouraged to at least try to meet classes in-person. I suspect it will be a case-by-case basis with their deans or their chairs. But I’ve heard conversations like: Can a faculty [member] require students in their class to wear a mask? That’s an issue right now. And if you’re a faculty person, you probably want that answer to be “yes.”

What do you think about Chapel Hill’s plans so far? Do you think UNC is on the right track?

I think that UNC is making its best efforts, as are many many other campuses. What I think is going on, which is encouraging, is a lot of transparency: there’s a faculty survey and lots of solicitation of input. But the flip side is, we’re in a crisis: we have a pandemic, we have a recession bordering on maybe worse, now we have a racial reckoning—it’s more like a tsunami than a perfect storm.

This is really about the future of some of the most important institutions in society.

In a situation like that, you can’t manage strictly by consensus—you can’t make everybody happy. You can over-communicate, you can let people know what’s going on, but you can’t have long committee meetings and huge amounts of process when many decisions have to be made on the fly with imperfect information on almost a day-by-day basis. And universities aren’t really set up for that; the whole concept of a university is much more collegial, consensus building, we’ve been around a long time—hundreds of years—but we’re in a crisis situation now.

I think we have to empower our leaders to make decisions in ways that wouldn’t typically be done. And they’re going to get criticism; I think this is the case where no good turn will go unpunished, no matter how hard you work. There are going to be people who are mad, people who disagree, who will say “students weren’t consulted enough,” “faculty weren’t consulted enough.” But the reality is: you can’t do that when you’re making minute-to-minute decisions in the midst of a tsunami.

You argue that universities should approach reopening with the same amount of rigor that they’d bring to any other research project. How should universities go about this research and ensure transparency in their findings?

We’re on new ground there, too. I suggested that you actually have a principal investigator and that you really dedicate some research resource learning on an ongoing basis, not only to make this semester more successful, but for the rest of society [to know] “this works, this doesn’t work.” I think the key is to be intentional from the beginning and say: “Look, not only is this an enterprise to open the university, it’s an enterprise to learn, as we open the university, more about how people can live in community amidst a pandemic.” It’s about making sure that we’re being intentional about learning at the same time that we’re trying to execute this in a way that keeps everybody safe.

What we’re engaged in right now, and very often within higher ed, has political implications. This really, I think, transcends politics; this is really about the future of some of the most important institutions in society. This is arguably the biggest crisis since the founding of American universities and many colleges and universities aren’t going to make it.

There’s one estimate that 25 percent of the colleges and universities are going to go bankrupt this year. No one knows what the fall is going to bring, no one is going to know how many people show up in the fall, how many people will take a gap year, etc. Schools that are tuition-dependent are on the precipice right now.

And I don’t know if the general public knows how serious it is. Wearing a mask is not a political statement, it is about “how do you keep people healthy when they’re all living together in close quarters?” It’s bigger than any agenda other than a commitment to some of the most important institutions we have in our society.

I think that you’re going to see that people are coming together around that; that these places are worth saving, and we should do what we can to help them through this.