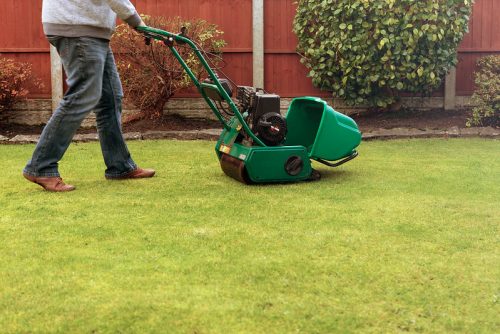 Recently, presumptive Democratic nominee Joe Biden announced that he was in favor of a plan to make college education free–for most students at public institutions anyway. Why? Because too many students are supposedly being kept out of college due to its cost. Even though much of the expense of public higher education is already borne by taxpayers, Biden (and many other politicians) want to make sure that almost every student can afford to attend.

The assumption behind Biden’s plan is that college degrees are a great investment that gives the student a huge boost in earnings. Many people believe that, and recruiters bombard youth with promises that college pays. For example, Peter Osborn of Cornerstone University writes: “Ultimately, not going to college is a decision that sabotages you for the rest of your life. Your income and earnings will always be lower, and you will always have to fight harder for a job. If you want to set yourself up to succeed, a college degree is clearly the way to go.”

That has been the conventional wisdom in America for several decades: Unless you get a college degree, you will never do well in the labor market.

The conventional wisdom, however, is being tested by the pay of actual jobs.

I couldn’t help noticing the starting wages offered by Hobby Lobby at their new store in my city, Bozeman, Montana. Store officials said they would be paying full-time employees $15.70 an hour. Many graduates of our land-grant university, Montana State University-Bozeman, with degrees in liberal arts and film/video and photographic arts could find higher pay there than where they’re working.

According to the College Scorecard, our liberal arts graduates’ median earnings were $26,400 the first year after graduation, while film graduates made $21,700. Liberal arts graduates at the state’s other flagship school, the University of Montana in Missoula, might wonder what they did wrong compared to their Bozeman counterparts; they made only $20,600. Comparatively, Hobby Lobby’s $31,400 offer rocks. (College Scorecard presents the median annual earnings of former students one year after graduation. Only data from students who received federal financial aid is included in the calculation.)

And the city of Bozeman outbids Hobby Lobby. Its ad on Craigslist described a grounds-and-maintenance position paying $33,000-$37,000, with full benefits, including pension. Duties included mowing lawns and cleaning buildings, with no college credential required.

So some heavily touted college degrees bear a closer look. For that, let’s focus on the University of Montana. The school is struggling with a sharp enrollment decline—35 percent since 2011—and one likely factor is that its offerings’ attractiveness in the job market is in doubt.

Among the university’s 203 fields of study, College Scorecard has relevant data on 91. Earnings for those in all the largest undergraduate fields of study pale next to starting wages for Bozeman’s city lawnmower:

Students are told that STEM (science, technology, engineering, and math) careers are among the highest in initial compensation for recent graduates. But, looking at the above list, we can see it’s not safe to assume that applies to all science majors.

Colleges obviously should offer history, which I studied and loved, but how do historians fare in the market? History majors aged 25-64 have median earnings of $60,000. Not bad. But with promotions and raises, the person who signs on with the City of Bozeman could also see their wages reach that level. For example, the parks and recreation director in Billings, Montana has a base salary of $128,000.

It’s not just the potential students who are exposed to the hustle about the economic benefits of college; taxpayers are told that their investment in higher education is good for the economy. Promises to both students and voters are painted with a broad brush, ignoring the financial difference between degrees in, for example, engineering versus photography.

For students, the incentives are obvious: They can enjoy the social aspects of college life for five or six years, work a few hours a week, have ample time off, pay a small portion of the cost, and incur a little debt, instead of getting a job with all the rigor that entails.

That seems like a rational decision, but only because many students overestimate the benefits of college. Making it “free” would mean that the taxpayers would shell out even more money to educate or train young people who won’t even earn as much as Hobby Lobby employees.

There’s more to life than money, and more to college than boosting one’s earning potential. I’m glad I attended college and am grateful to the taxpayers and private donors that aided me, though my degree was not applicable to the career that ended up supporting my family.

Maybe some college administrators will begin adding to their financial-benefits pitch the inducement in Cardinal Newman’s The Idea of a University, that college is a place for teaching universal knowledge. That may be prudent in a labor market where graduates often make far less in their first year than retail clerks and lawnmowers.

Tom Burnett is a former member of the Montana House of Representatives. He is retired from a business career in manufacturing.

Still Believe That a College Degree Is a Great Investment?

The Tragedy of Tribal Colleges