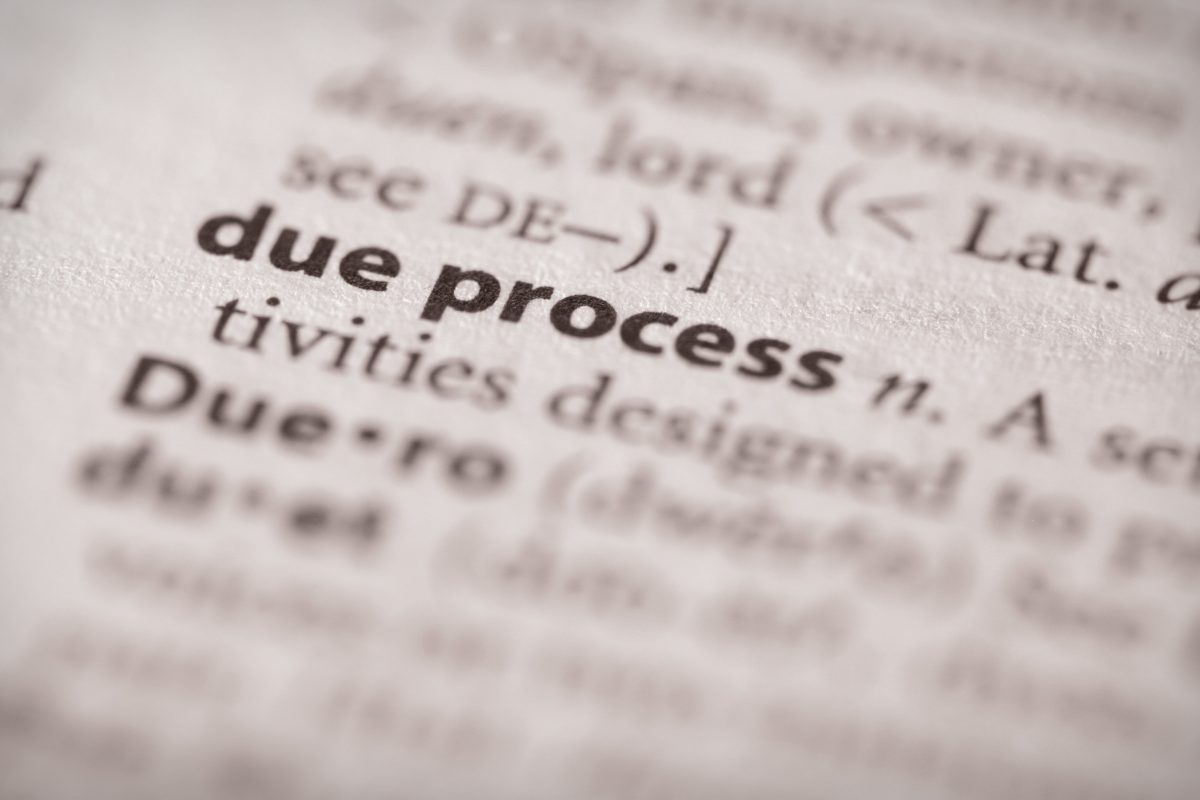 In the latest case where a male student sued his college over the unfair procedures it used to expel him, Colgate University in New York will go to trial. So ruled federal district judge Frederick Scullin on April 30. In his opinion, the plaintiff student had presented sufficient evidence of bias against him for the case to proceed.

The case began in October 2016. At that time, Colgate, like all American colleges, was operating under the Title IX regulations instituted during the Obama administration. Those regulations, dictated through a mere “Dear Colleague” letter rather than formal administrative rulemaking, decreed that colleges must abide by a new set of rules when responding to complaints of sexual assault or harassment (which was very broadly defined).

Those rules dramatically changed the way such cases were handled by stacking the deck against accused students, almost always male.

The Colgate case was typical.  As Judge Scullin observed, there was a strong odor of bias on the part of the school’s investigator against the defendant. Courts in many other Title IX cases have come to the same conclusion that fairness and due process of law were trampled upon by zealous administrators who were far more concerned with punishing accused students than in seeking the truth.

It is worth noting that many liberal civil libertarians denounced the blatant unfairness of the Obama administration’s Title IX regulations, including 28 members of the faculty of Harvard Law School, who sharply criticized the rules. In their letter, they wrote,

The goal must not be simply to go as far as possible in the direction of preventing anything that some might characterize as sexual harassment. The goal must instead be to fully address sexual harassment while at the same time protecting students against unfair and inappropriate discipline, honoring individual relationship autonomy, and maintaining the values of academic freedom.

Those professors clearly saw that the Title IX regulations swung the pendulum too far to the side of the accuser and school authority. For example, the defendant student was not told the exact charges against him, was not allowed legal representation, was not allowed to see the evidence that the school was relying on, was not allowed to confront his accuser, and was given very little time to prepare his defense.

Early in her tenure as secretary of education under president Trump, Betsy DeVos suspended the Obama regulations and began the process of revising them in accordance with the Administrative Procedure Act. On May 5, the new rules were released and the reaction was strongly divided.

The Foundation for Individual Rights in Education (FIRE), a non-partisan group that defends free speech and due process for students and faculty, applauded the changes. In an op-ed piece for The Wall Street Journal, FIRE’s executive director (and also a member of the Martin Center’s board) called the revisions “a victory for campus justice,” observing that “More than 40 percent of top colleges don’t even specify that their equivalents of judges and juries must be impartial. This madness will end when the rules take effect.”

Similarly, the American Enterprise Institute’s director of education policy studies, Frederick Hess, wrote “DeVos gets Title IX right,” pointing out, among other sensible changes, that the new rules are even-handed with respect to appeal. Under the Obama rules, the accuser had a right of appeal if the decision went against her, but the accused was afforded no such right.

It is crucial to keep in mind that the Obama-era rules were designed to serve a political purpose.

One of the most salient changes is that colleges are no longer expected to use a single investigator model for handling Title IX complaints.

Under the Obama regulations, schools were pressured to have one campus administrator (usually trained to favor the accuser) deal with the whole case, from fact-finding to determination of guilt. With the new rules, schools must use a three-person system—one officer to receive complaints, another to interview people and gather facts, and a third to decide the question of guilt and recommend sanctions and remedies.

Moreover, the training materials for those officials must be posted on the school’s website. (In the past, some colleges kept their training secret, knowing that the lack of fairness in them would lead to criticism.)

If the new rules are followed, they will protect colleges against lawsuits such as Doe v. Colgate. They’d no longer be held liable for violating the due process rights of accused students. A superb book to consult if you are interested in the details of some of the cases is The Campus Rape Frenzy by KC Johnson and Stuart Taylor, Jr., which I reviewed here.

On the other hand, the new Title IX rules were bitterly attacked by some people and groups.

Catherine Lhamon, who now chairs the United States Commission on Civil Rights (and was chiefly responsible for writing the former regulations when she headed the Office for Civil Rights in the Obama administration), fumed that secretary DeVos was “taking us back to the bad old days, when it was permissible to rape and sexually harass students with impunity.”

That is so obviously untrue that the purpose of Lhamon’s rhetoric must be to rally opposing forces rather than convince objective people that the rule changes are undesirable. She isn’t trying to spark a rational debate over the ideal way of enforcing Title IX, but to energize leftists to take up arms.

UC opposes these ill-conceived changes and in spite of them will continue our hard-won momentum through education, prevention, and processes that are fair and compassionate for all parties…We have come too far as a nation to halt our progress against sexual harassment.

Napolitano’s statement is reminiscent of the old Brezhnev Doctrine from the Cold War—that once a country had fallen under communist rule, it could never go back. In the view of feminists like Lhamon and Napolitano, the Obama Title IX rules were an advance for women (and never mind that many women deplore what the rules did to men in their lives) that must be preserved.

It is crucial to keep in mind that the Obama-era rules were designed to serve a political purpose. In their book, Johnson and Taylor explain that after the Democratic Party’s disaster in the 2010 elections, its strategists were looking for new issues to motivate their voting base—especially college-educated women—in 2012. One that fit their needs perfectly was the claim that college campuses were places of great danger for women because school officials did very little to crack down on “rape culture.”

That gambit worked very well for the Democrats in 2012, helping propel the president’s re-election. During Obama’s second term, huge numbers of jobs were created for Title IX administrators who saw their mission as exercising their power to correct what they regarded as the power imbalance between men and women. Doing justice in individual cases was much less important than pushing the narrative that women need strong rules to protect them against sexual harassment.

Tellingly, immediately after the new rules were announced, presumptive Democratic nominee Joe Biden stated that if elected, he would overturn them and reinstate the Obama-era rules.

We should expect to see widespread resistance to the new Title IX rules. All of those aggressive administrators who enforce the rules won’t let themselves be reprogrammed like you might reprogram your Roomba. Many will resist, hoping desperately that the rules will be overturned (The ACLU has said it will sue to bring that about) or that Joe Biden is elected.

Title IX enforcement has been completely politicized and the battle over it will continue so long as our colleges are under Washington’s control.