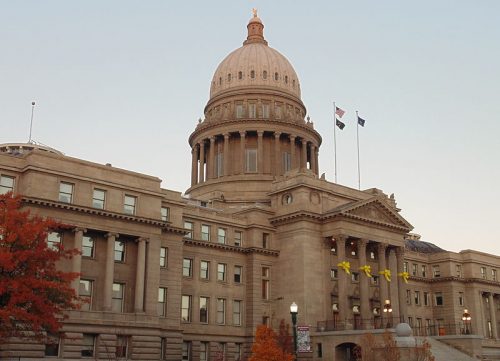 Higher education reform will only come from the outside, probably from political reform. Or so we thought. Along came the coronavirus, also an outside force, that is upsetting the status quo in higher education. State universities are now preparing to cut budgets in the face of inevitable funding reductions from states and drops in student enrollment.

The inevitability of cuts does not make reform inevitable, however. Left to their own devices, universities are likely to prioritize diversity over excellence and bureaucracy over faculty and student needs. Governors, state legislatures, and state boards of education should, as John M. Ellis argued in his new book, encourage reform using state monies and regulatory power as leverage.

Idaho’s state legislature, together with a newly engaged state board and Governor Brad Little, has made an issue of the spiraling higher education costs. Tuition increases have fostered expansions of bureaucracy and mission creep, and such expansions demand ever-greater tuition revenues.

In June 2019, for instance, Boise State University (BSU) interim president Martin Schimpf sent a letter to Boise State faculty and staff boasting of BSU’s accomplishments in promoting diversity and inclusion. He promised more to come, including scholarships for DACA students (illegal under Idaho law), graduate fellowships designed for “underrepresented minority students” (which BSU then did), and the hiring of a chief diversity officer (which BSU also pursued).

Republican Rep. Barbara Ehardt and 27 colleagues from Idaho’s statehouse penned a letter asking BSU’s incoming president, Marlene Tromp, the former provost at the University of California-Santa Cruz, to take a “different path.” Those diversity programs do not represent what “higher education should be,” Rep. Ehardt argued, and they drive up student tuition.

The letter set off an earthquake.

Rep. Ehardt defended the letter in a public forum on BSU’s campus in October, along with Rep. Bryan Zollinger in a packed room, including many members of BSU’s minority student alliances and clubs. (Disclosure: I advise the College Republicans, co-sponsors of the event.) When Rep. Zollinger praised America as the land of opportunity, the rainbow coalition booed. Donors and decisionmakers took note.

University presidents and their publicly financed lobbyists sprang into action, trying to go around Gov. Little’s budget and get the increase from Idaho’s Joint Finance Committee (JFAC). Lobbying efforts met with some success, as JFAC increased the higher education budget $1.7 million above what Gov. Little had asked for.

When JFAC’s budget went to the statehouse, Republicans defeated it 37-32 in March, with the letter signers unanimously opposing the budget. As fate would have it, while the legislature debated the higher education budget, BSU held its first open forum for its vice provost for equity and inclusion position. BSU president Tromp had rejected the requests to set BSU on a “different path.” JFAC trimmed $400,000 from its first budget and sent it back to the house.

Idaho’s House then rejected JFAC’s revamped budget a week later by an even wider margin, 47-23. There is no recent example of Idaho’s legislature rejecting two budgets for any state agency. Legislators noted BSU’s defiance and sense of entitlement as crucial for that rejection.

Despite concerns expressed in the members’ letter, president Tromp “went right out and hired a vice president of diversity,” as Rep. Brent Crane said during the floor debate. Others noted ballooning administrative salaries: More than 40 BSU administrators outside athletics make more than $200,000 per year, and more than 70 make more than Idaho’s governor.

After the budget’s second defeat, JFAC trimmed $750,000 from the higher education budget and sent it to the House floor, where, distracted by the impending coronavirus situation, the House approved it and adjourned.

The final budget contained a provision requiring universities to undertake “budget reduction” and “cost containment.” The legislature wants schools to prioritize reducing “administrative overhead” and to eliminate spending that is “not integral to each institution’s core instructional mission.”

Legislators took note that “institutional support,” or administrative costs, has risen from 5.6 percent of BSU’s budget in 2004 to 8.8 percent in 2018, while the percentage of the budget dedicated to teaching has fallen from 32 percent to 26 percent in the same period.

The legislature wants schools to prioritize reducing “administrative overhead” and to eliminate spending that is “not integral to each institution’s core instructional mission.”

As universities must report on spending cuts, legislators will be able to see how the universities prioritized. If pernicious diversity programs remain untouched, another round of cuts may be necessary to gain the attention of higher education professionals. If the emphasis on administration continues relative to instruction, the university will not be emphasizing its core instructional mission.

Such reporting will be especially helpful in the post-coronavirus budget environment.  Reductions will be necessary as revenues and enrollments dip. Most universities, BSU included, prefer furloughs, across-the-board reductions in pay, or ending retirement matching programs that affect all parts of the university equally. That approach avoids setting priorities. Gov. Little has assumed the power to direct holdbacks in state budgets—including higher education budgets.

Gov. Little might well follow the legislature’s intention, consistent with recent recommendations from the National Association of Scholars, that holdbacks should aim at reducing administrative overhead to better accomplish the university’s “core instructional” mission.

BSU long ago announced an intention to transform Idaho through its diversity programming. That political project can only be countered with politics. Having politicized the university, universities cannot really object to politicians rising to the challenge.

For the first time, a significant number of Idaho legislators have mustered the political will to stop profligate, pernicious spending. One house of a legislature is sufficient to stop things and, perhaps, over the medium term, leverage meaningful reform.

Budget cuts will be coming to public higher education. They can leave higher education better than it was before—if state legislatures are vigilant in requiring public universities to prioritize the public good. Cutting budgets is not enough, and neither are reporting requirements. Only state legislatures alert to the possibilities of reform can ensure that cuts serve the priorities of the public.

Scott Yenor is a professor of political science at Boise State University.  He is author of Family Politics: The Idea of Marriage in Modern Political Thought (Baylor, 2011), Hume’s Humanity (Palgrave, 2016), and Recovering the Family: Exposing the Limits of Modern Ideologies (Baylor, forthcoming).

Gender Studies on the Chopping Block