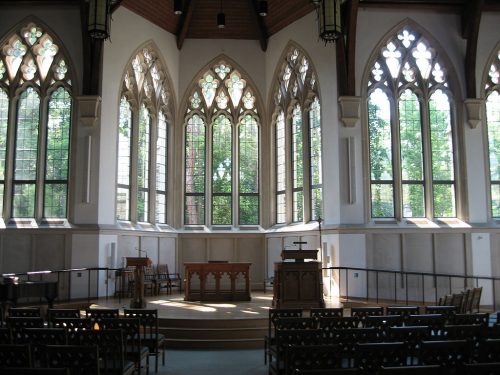 Between recent seminary closings and a general decline in admissions, the future may not bode well for some Baptists schools in higher education. The difficulty moderate and liberal schools face, however, seems greater than what conservative schools will deal with.

The year 2021 will mark 30 years since the opening of the first freestanding Baptist seminary after the contentious “conservative takeover” of the Southern Baptist Convention in the 1970s. However, some of those institutions founded since the split will not be around to celebrate the anniversary. In the past few years, some notable seminaries with Baptist affiliations have closed or dramatically downsized.

For instance, the Baptist Theological Seminary of Richmond (BTSR) closed in June 2019 due to financial pressures. BTSR was the oldest of the freestanding baptist seminaries and opened in 1991 by the Southern Baptist Alliance (now the Alliance of Baptists–a liberal Baptist denomination). The seminary had the hopes of being “racially and gender-inclusive with an ecumenical commitment and a global perspective.”

The closure of BTSR was a red flag for many Baptists, though it was not alone. Many schools with moderate Baptist ties have made changes as student numbers fall. Seminaries across the country have folded or merged to avoid a closure:

This trend of national closings should be especially concerning to North Carolinians. After all, many freestanding Baptist institutions were started in North Carolina, such as Campbell University School of Divinity, Gardner-Webb School of Divinity, and Wake Forest Divinity School. In 1988, Duke Divinity School opened the Baptist House of Studies for Baptist Students even though the university remains officially affiliated with the United Methodist Church. Not all Baptist seminaries in the state are in hot water though.

While Baptist schools that generally consider themselves “moderate” have struggled, conservative seminaries are frequently seeing record enrollment. Aside from enrollment changes, Southern Baptist seminaries tend to have more students.

For instance, below are the enrollment numbers for North Carolina seminaries in Fall 2019, according to the Association of Theological Schools Commission on Accrediting:

Seminary education, broadly, is not in decline. Some denominations and geographic areas have struggled, such as these Catholic and Lutheran seminaries in Minnesota, but the general trend for seminaries has held steady. For Baptist seminaries, the decline has been mainly among moderate schools. In general, Christian seminaries have had steady enrollments over the past few years, according to the Association of Theological Schools, which accredits 231 schools.

The future for Baptist schools isn’t only conservative, though. Among moderate Baptists, hope remains. Declines in enrollment have forced many institutions to think innovatively about the future. For instance, many seminaries are creating programs to provide theological education to students in other professional programs. Baptist seminaries like Baylor have been early adopters of this model.

Baylor’s Truett Seminary representatives stated that dual programs may be the way forward to increasing enrollment. Truett Seminary offers six joint degree programs in which students can receive degrees in religion along with a degree in law, business, education, music, and social work.

In North Carolina, Campbell University began a Master of Arts in Faith and Leadership Formation. The “18-month program of personal and professional transformation” wants to “equip students for lives of meaning and purpose, shaped by the truths of the Christian faith, so they can confidently ‘let their life speak’ and dare to lead.” Their goal is ambitious but gives interested students an education in theology that takes them somewhere other than a career in professional ministry.

Dual-degree programs may have helped stabilize attendance, but those new students aren’t becoming ministers. Instead, more business people, attorneys, public health workers, and other professionals are receiving a theological education. The result could be an increase in bi-vocational ministry, in which the role of the pastor becomes a weekend job.

Southern Baptist seminaries, to avoid a watering down of doctrine from moderate or liberal faculty, use the Baptist Statement on Faith and Message as a conservative measuring stick. According to a 2000 study, SBC seminaries like Southwestern Baptist had a massive turnover in faculty and were actively using the Baptist Statement to evaluate faculty, staff, and even trustees. This statement of faith makes statements on controversial issues such as the role of women in ministry and the church’s support of traditional marriage. That focus on keeping Southern Baptist Seminaries theologically conservative continues today: They still adhere to the statement on Baptist principles and ensure their seminaries do not become bases for social justice advocacy.

The education and training of ministers are changing. That means the face of the modern church is changing as well, for better or worse. What happens in seminaries—in North Carolina and beyond—is as much a question of education as of religion.