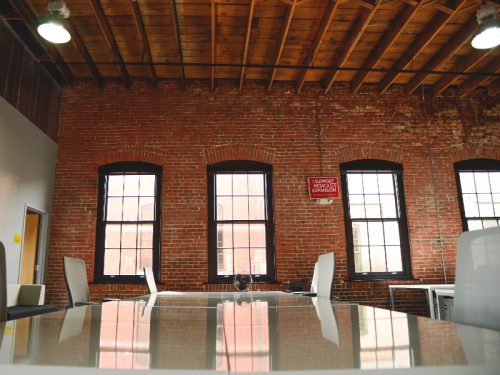 Politicos and pundits praise American universities for their entrepreneurialism. Founders of tech companies get honorary degrees and give commencement speeches. Student orientations include sessions bragging about the startup resources students have on campus. Schools even create “entrepreneurship” majors and entrepreneurship centers within their business schools.

But how much of that startup acumen is rhetoric and how much is grounded in fact? University marketers and grant-writers rely on people not being able to question their claims here. So long as they can draw some connection between the university and student go-getting, the school will claim some kind of credit. Then, administrators justify new centers, apply for more federal grants, lobby for more public funding, and pour more resources into building their “prestige.”

But compare the entrepreneurial output of universities with the closest alternatives for brilliant young people, and the narrative crumbles.

The Thiel Foundation launched a fellowship program in 2010, backed by PayPal cofounder and venture capitalist Peter Thiel. The idea behind the program was simple: Thiel had bet big on brilliant young people like Mark Zuckerberg (founder of Facebook) and Patrick Collison (founder of Stripe, an online payments service). How could he find more people like that?

If one buys into the university administrator narrative, one would expect to trip over Zuckerbergs, Collisons, and smaller-scale successes at elite college. Those campuses, however, focus on attracting major corporations like Goldman Sachs, JP Morgan, Apple, and Google to recruit on campus. Students who would start innovative companies instead get caught up in competing for corporate jobs with their peers. Entrepreneurship takes a backseat to a job with prestige.

Student founders can be seen on those campuses, but they’re the exception, not the rule. The Thiel Fellowship acted as a honeypot for them—about 20 finalists join the program annually.

A decade after Thiel announced his Fellowship, the results have surpassed what most colleges could claim. Thiel fellows have founded several billion-dollar-plus companies, employ thousands of people, and are responsible for progress across industries like hiring software, design software, remote-work software, hospitality, robotics, self-driving cars, cryptocurrencies, anti-aging research, legal support access, and many other sectors.

Take any major research university in the United States and compare its recent graduates since 2010 with Thiel Fellows. Few come close, despite the colleges teaching thousands more students every year than the group of 20 in the Thiel Fellowship. Consider that those schools graduate thousands of students every year, yet a program that graduates fewer than two dozen people annually includes the likes of Vitalik Buterin (creator of Ethereum), Dylan Field (founder of Figma), Austin Russell (founder of Luminar), Eva Shang (founder of Legalist), and Laura Deming (founder of Longevity Fund), among others.

Universities don’t specialize in entrepreneurship, even if they create majors and centers devoted to it. In the best cases, they work as honeypots where entrepreneurship is a function of smart people being near other smart people. Universities specialize in credentialing, first and foremost. Students enroll primarily to get credentials, not to learn skills that make them entrepreneurs. That difference should be no surprise to anybody steeped in the economics of higher education—both Bryan Caplan in The Case Against Education and Richard Vedder in Restoring the Promise show that most of the gains from education come from signaling and that skills taught in school are rarely retained.

I’ve seen this firsthand with my own experience working with student entrepreneurs on campus and at entrepreneurship centers around the country.  Students who study practical majors like computer science or interesting majors like philosophy and the classics are more likely than entrepreneurship majors to have a business idea worth building. That is a selection effect, of course. The types of people attracted to history majors or philosophy majors in college are also likely to take on the big problems that venture capitalism funds in startups. The PayPal mafia was made up of philosophy majors and computer science geeks obsessed with sci-fi and reinventing money. If they had just been interested in payment processing, it’s unlikely the company would have gotten so big in an early stage of the internet. Steve Jobs was obsessed with making computer use beautiful and accessible to the average person.

Universities don’t specialize in entrepreneurship, even if they create majors and centers devoted to it.

Majoring in philosophy and liberal arts and computer science don’t magically make people think big about the world, though. The selection effect is at work here. Students with interesting ideas and a desire to build these ideas select into computer science, or music, or philosophy programs, not entrepreneurship programs. When something like the Thiel Fellowship gives them the chance to skip college and get to work, they thrive.

Similarly, competent young people with the drive and ability to build products and get customers select into elite universities—the universities don’t make them entrepreneurial. Elite schools are good at being honeypots for interesting, intelligent, and competent young people to meet. Those young people become cofounders and build technology, products, and services that later become companies. But only if they have the time and freedom to work on those projects which interest them.

Thiel and his team at the Foundation understood this. Mark Zuckerberg and Bill Gates both made huge progress on Facebook and Microsoft, respectively, during Harvard’s “reading days,” a period in which students did not have to attend class and could study before finals. The Thiel Fellowship works as a sort of extended reading days for Fellows. They don’t have to worry about keeping up with their fellow students or their GPAs and can instead focus on building technology and products that people want.

That analysis has been borne out in my experience on campuses. It is not elite campuses with busy students that have the most entrepreneurial activity; rather, colleges that give their students the freedom to work on what they want to bear entrepreneurial fruit. I’d rather spend an afternoon at Olin College than at MIT if I am looking for entrepreneurial students working on new technology not because of some class requirement, but because it interests them.

Universities can learn from the success of the Fellowship. Rather than forcing students to attend more undergraduate classes and making them compete with each other for the prize of a Goldman Sachs or Facebook internship, they can give students the freedom to experiment, to build, to fail, and, ultimately, to succeed. Bring back and extend reading days, open up opportunities for independent studies, encourage gap years, and promote co-ops during which students immerse themselves in the workforce.

Those kinds of reforms, not “entrepreneurship centers” and new majors, encourage students to start businesses and build products.

Zak Slayback writes about careers at zakslayback.com. He is a principal at 1517 Fund, a venture capital fund that invests in technology startups started by founders in college or taking time off from college. He’s also the author of How to Get Ahead, from McGraw-Hill, summer 2019. You can email him at zak@1517fund.com.

The Myth of the Entrepreneurial University

The Keys to Getting a Startup Job in College