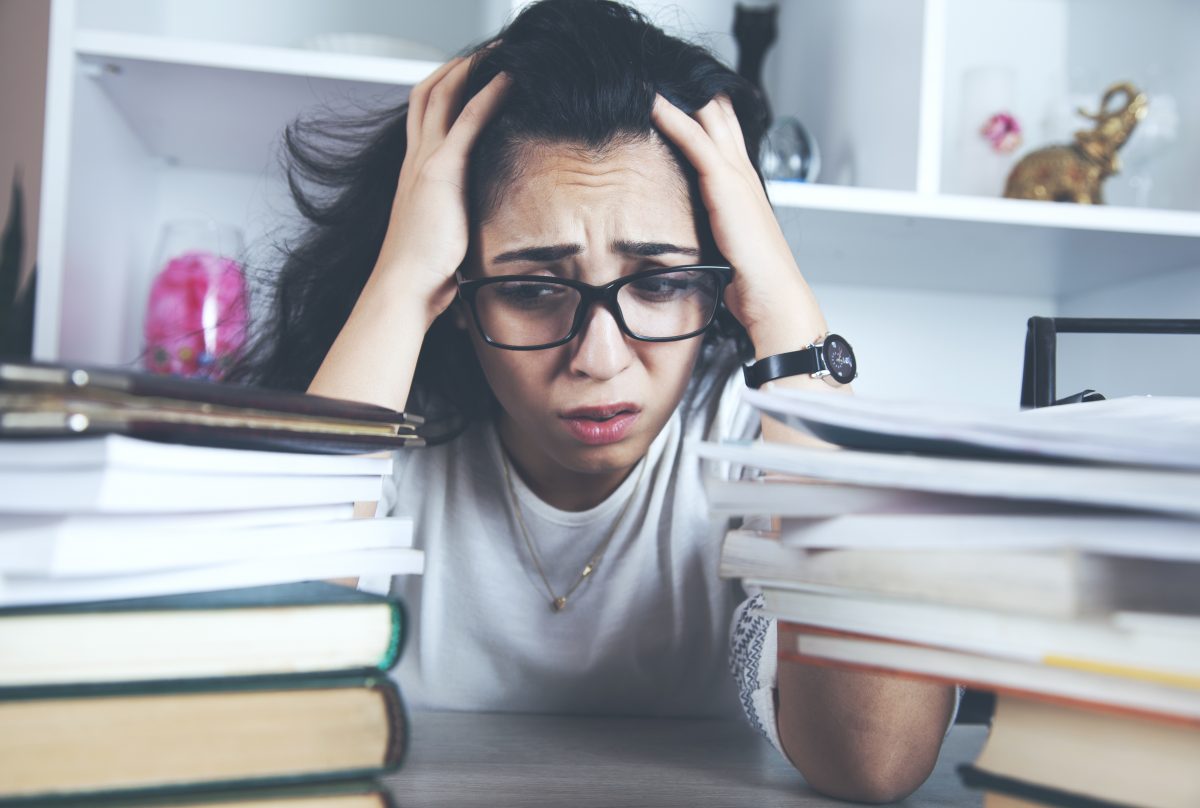 There is general agreement among higher education observers and reformers that tuition and fees at public universities have increased at an unsustainable pace. It’s equally uncontroversial to note that financial aid hasn’t kept up with unrelenting tuition increases, leaving students in the lurch.

In his new book, “The Impoverishment of the American College Student,” James V. Koch lays out exactly how bad it has been—and how we got to this point. The book is extremely detailed and heavy on data. Koch brings together the latest and most relevant academic research on college costs. It’s a welcome new tool to help make informed policy decisions that address the real problem of college costs.

Those increases in tuition and fees have far outpaced increases in wages, making it more difficult for low-income and middle-income families to afford college. (I think “impoverishment” is perhaps too strong a word, but the problem is certainly a serious one.)

Koch uses the sad mismatch between the cost of college and families’ resources to segue into an examination of price discrimination, how student loans work, and universities’ reliance on out-of-state students to bolster their revenues. His analysis underlines the point that while university finances are messy (and vary considerably between institutions) current trends are not sustainable.

Koch meticulously catalogs the many hypothesized explanations for ever-increasing tuition, including those that are often cited by university administrators and higher ed “insiders.” Higher education is labor-intensive, they say. States have divested of public colleges and universities. Higher education can’t increase productivity with technology in the same way that other businesses do. What those explanations have in common is that they excuse colleges themselves from addressing the problem. Ever-increasing tuition is beyond their control. 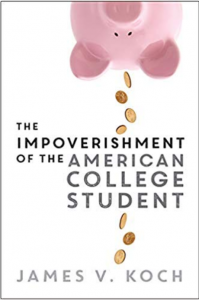 Koch gives these explanations the attention they merit, examines the evidence, and admits there is some truth to these familiar justifications for ever-increasing costs. But he is quick to note that they account for only a small part of the story. And he isn’t afraid to lay blame where it belongs: primarily at the feet of the institutions themselves.

He says, forthrightly, that “[t]oo many institutions of higher education have become grasping enterprises that operate primarily to further the interests of faculty and administrators…rather than those of students and citizens.” Tuition increases, for example, are a choice. Faculty and administrators keep demanding larger budgets, trustees vote for them, and students pay the price.

Some of the ways in which universities enrich themselves are easy to see and Koch highlights them in his analysis: an amenities “arms race,” rapid administrative growth, curricular bloat, and almost ubiquitous mission creep.

He dedicates an entire chapter to illustrating how universities use price discrimination to produce net revenues in excess of what they need for student aid. The availability of generous federal financial aid, although well-intentioned, makes this enrichment easier to accomplish.

His chapter on the competing theories of William Baumol and Howard Bowen is particularly enlightening. Put succinctly, Bowen’s law posits that, in the pursuit of prestige, universities raise as much money as they can from as many sources as they can—including tuition—and then have an incentive to spend it all. Baumol’s cost disease explains that in professions where there are no (or low) increases in labor productivity (like teaching), salaries will increase in response to rising salaries elsewhere in the labor market. In the end, he concludes that Bowen’s law explains more than Baumol’s cost disease.

Koch’s insistence that universities shoulder considerable blame for soaring prices might come as a surprise since Koch himself was a college president for many years. He is the Board of Visitors Professor of Economics emeritus and president emeritus of Old Dominion University in Virginia. He also served as president of the University of Montana for four years.

But he is also part of a new effort to make college more affordable, especially for undergraduate students. He is the chairman of Partners for College Affordability and Public Trust, which wants to make “high-quality, affordable college education a reality for all Americans.” They worked in Virginia to promote a tuition freeze at public universities.

And in the last chapter of his book, Koch offers some other modest solutions to the problem of increasing costs, but warns, “it is not clear that many viable, politically acceptable solutions exist.” There are a few ideas he thinks show promise. He suggests that governing boards be restructured and strengthened and that board members be well-trained. Like other reformers, Koch recommends more transparency in university spending. And he wants the actions of public university foundations to be transparent and easily accessible.

He is skeptical of using the legislature to rein in costs, saying, “new laws and rules can work, but in most cases only if boards, presidents, and administrators want them to work.” He warns that wily administrators will surely subvert any new laws they don’t like.

Because of this sober and practical view of higher education, Koch’s new book and the work he’s doing with Partners are valuable additions to the higher education policy discussion. More former college presidents should follow Koch’s example.

Did You Know? Some UNC Institutions Are Inefficient

Is it Time to Rethink Tenure?

Beauty and Wisdom: Renew the Culture by Restoring the Liberal Arts