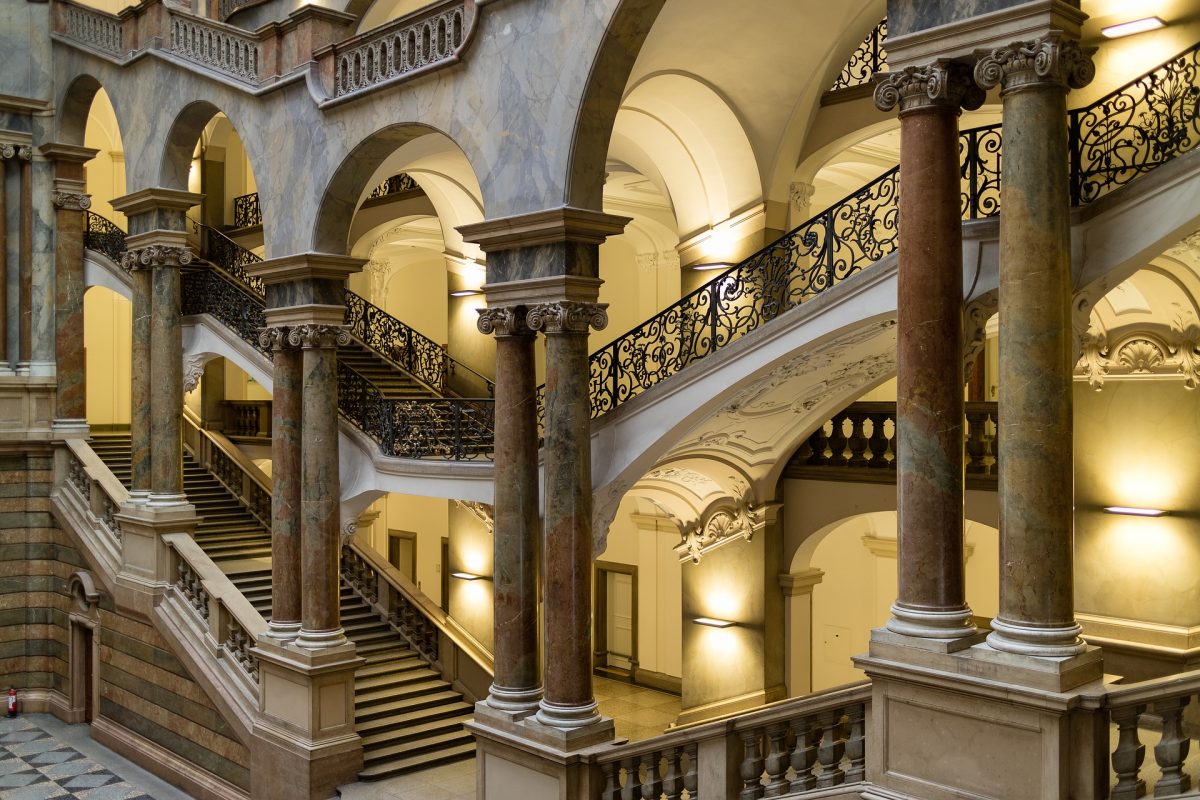 The task of learning never ends for those who want to grow in wisdom. But in a world of eight- or ten-hour workdays, traffic jams, and daily responsibilities, it can be easy to put the life of the mind on the back burner.

Besides time constraints, another difficulty is that education is expensive. For those still working to pay off their student loans, the prospect of paying more for additional learning opportunities is simply not justifiable.

Fortunately, neither the barriers of time nor money have to inhibit continuing one’s education. There are a myriad of free online resources available that give people the flexibility to learn when they have the time.

The Martin Center found three online sources that offer free courses on important topics such as political and moral philosophy, the history of Western Civilization, and civil liberties.

…That is higher education: the knowing of things that are the most completely satisfying and good for their own sake. — Larry P. Arnn

Hillsdale College in Hillsdale, Michigan, is a beacon of traditional American thought. It was founded in 1844 and Larry P. Arnn is its 12th president.

Students at Hillsdale are required to take a comprehensive general education curriculum known as the “core curriculum.” Hillsdale’s free online courses are modeled on the core curriculum, as well as other highly popular classes. Some of the free courses include Western Heritage, American Heritage, the Great Books 101 and 102, Jane Austen’s Northanger Abbey, and Aristotle’s Nicomachean Ethics.

Each course is composed of six to twelve lectures and has free downloadable readings. Another helpful component of the course structure is a post-lecture discussion where the lecturer is asked questions by John J. Miller, director of Hillsdale’s journalism program, in order to explore the topic in greater depth.

The video lectures are available in downloadable audio files, so they can be listened to on the go.

Is it necessary, is it unavoidable, to take up questions of the good life and thinking about justice? Yes.

Is it possible to reason about justice? Yes, I think so. — Michael Sandel

Harvard philosopher Michael Sandel is said to have the “global profile of a rock star,” largely in recognition of the highly popular ethics course he teaches entitled Justice. The course is one of the most sought-after courses ever taught at Harvard, and its content is free to the public.

The 24 recorded lectures take place in Harvard’s historic Sanders Theatre with nearly 1,000 students in attendance. Despite the enormity of the auditorium, Sandel routinely engages in Socratic dialogue with his students, drawing them into a compelling exploration of fundamental philosophical ideas such as individual rights, the moral worth of actions, one’s obligations to humanity, and the good life.

The lectures also have gripping titles such as: “Putting a Price Tag on Life,” “the Supreme Principle of Morality,” and “Where Our Loyalty Lies.” Each lecture is accompanied by readings, supplemental videos, and a discussion guide. Sandel also has a book entitled Justice that is used in the course.

My goal is to encourage and empower you to think about disputed questions of civil rights and liberties more deeply, more critically, and for yourself. — Robert P. George

Robert P. George is the McCormick Professor of Jurisprudence and director of the James Madison Program in American Ideals and Institutions at Princeton University. He is well-known for speaking about civil discourse on college campuses with Harvard philosopher Cornel West. George has two online courses on the website EdX, a free online education platform.

One course entitled “Civil Liberties” explores the American tradition of civil liberties by examining foundational documents such as the Constitution and the Federalist Papers, as well as key issues like free speech and affirmative action. The assigned readings for the course include authors such as John Locke, John Stuart Mill, Friedrich Hayek, and Martin Luther King, Jr.

The second course George teaches is on “Constitutional Interpretation.” In the course, students learn about competing theories of how the American Constitution should be interpreted. George introduces students to concepts such as “original intent” and “judicial review,” as well as the court’s role in protecting freedom of speech, religious liberty, and property rights. The bulk of the readings are from Supreme Court opinions.

Learning doesn’t have to—and shouldn’t—end at graduation. Nor does it have to take place in a formal classroom. As Charles W. Eliot said in his 1910 introduction to the Harvard Classics, even just fifteen minutes a day of serious reading over the course of an extended period would be “a good substitute for a liberal education.” Although Eliot said this with the reading of books in mind, the same notion can be applied to online learning: A few minutes a day spent listening to informative lectures can be a fruitful way to cultivate the mind.

And as Hillsdale’s president Larry Arnn often emphasizes, the learning of “great things”—  such as the classic literature that influenced the West—is valuable on its own merit; some things are in themselves good to know, regardless of their practical usefulness. By making high-quality classes available to the public—for no other goal than the diffusion of “great ideas”—Hillsdale College, Harvard University, and Princeton University recognize the intrinsic value of growing in wisdom.