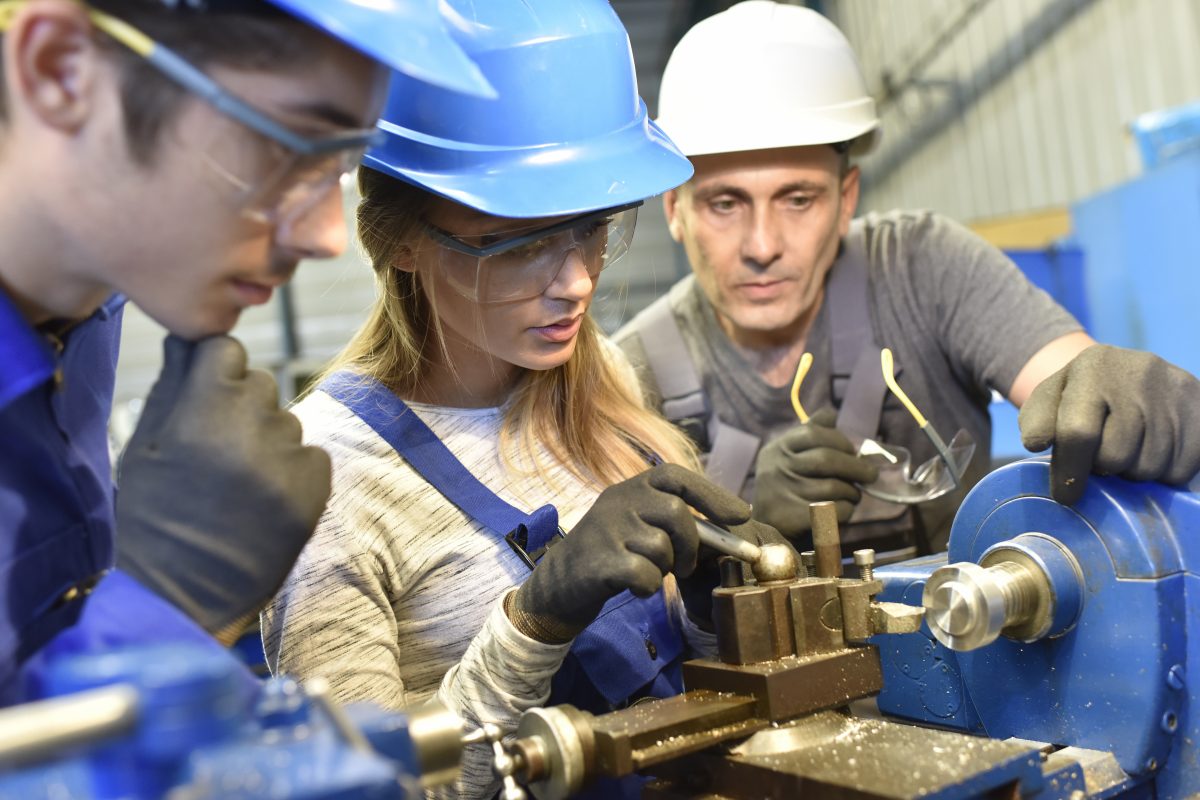 A quick scan of the news confirms that college students spend more on higher education than ever before, but they lack the necessary skills to succeed in the workplace. Apprenticeship programs could offer a promising college alternative, but establishing them can be difficult. That could change, however, as the Department of Labor (DOL) is making it easier for young people to become apprentices.

The Department wants to streamline the process for registering apprenticeships, but to make them an option for more students, the Trump administration needs to allow even more radical apprenticeship expansion.

But the proposal also introduces new challenges. Employers who want to establish IRAPs, for example, would have to prove to a DOL panel that they have the industry expertise to build a curriculum, show that they have support and input from industry leaders, and demonstrate that they have a plan to maintain their programs.

As if that wasn’t enough, apprenticeship creators (who can be private employers, community colleges, and other organizations) must also apply for re-approval every five years. Effectively, those rules slow down the creation of apprenticeships even as employers need the flexibility to create them easily and quickly.

Young people are clamoring for already-existing apprenticeships. In Charlotte, North Carolina, for example, Siemens USA receives more than 100 applications for its apprenticeship program each fall. The company reviews standardized test scores, school transcripts, and letters of recommendation, then invites select candidates to take an entrance exam and mechanical aptitude test. In the end, the international manufacturer only invites four to eight students to complete the program with 8,000 hours of training and a full-time job starting at $55,000.

Apprentices benefit, as do their companies.

“The folks [in Charlotte] are thriving,” Siemens USA Chief Barbara Humpton told Politico earlier this year. “We’ve expanded this now to other states…What we’re finding is that these students are really highly engaged and highly motivated to really drive success for themselves and, boy, a byproduct is real high productivity for us.”

The DOL should tear down barriers to creating more apprenticeships, not add more review and oversight requirements.

More apprentices also mean cost savings for state budgets—and taxpayers. The Department’s recent $183 million grant to create more than 85,000 apprenticeships translates to $2,100 per apprentice. That’s much less than the $7,642 that the average state spends per student in college. In North Carolina, the state spends $9,959 per student. Encouraging high school graduates to become apprentices instead of chasing a bachelor’s degree could make state spending more efficient, and leave students better off.

In 2016, the Department of Labor counted about 21,000 registered apprenticeship programs like Siemens’ that train 500,000 apprentices across the country. Moreover, the Department reported that the average wage for an apprentice-trained worker is $50,000 per year—nearly $4,500 more than the U.S. median individual income and $300,000 more than non-apprenticed workers earn over the course of their careers.

While apprenticeship opportunities are growing, there aren’t enough opportunities to meet demand. The DOL should consider cutting more regulatory barriers to allow more companies to expand these programs.

Siemens, for example, turns away around 94 percent of applicants each year. In New York, the five-year apprenticeship program at Plumbers Local 1 faces similar challenges: The program offers 500 apprenticeships per year but routinely receives 2,000 applicants. Some candidates camp outside for days just to submit an application.

Deborah Kobes, associate director of the labor policy nonprofit Jobs for the Future, notes that these stories are the norm, not the exception. She finds that registered apprenticeships can be incredibly competitive, some with multi-year waitlists.

Creating more apprenticeships could ease waitlists and give more students a path to a lucrative career. But establishing new apprenticeship programs with industry-recognized credentials requires registering the program with state or federal governments, a complex process that means adopting government-approved industry standards for curriculum, classwork, pay, work scheduling, and more. So much bureaucratic red tape can discourage companies from trying to start a new program.

“While there are multiple paths into the industry,” wrote Stephen E. Sandherr, chief executive officer of the Associated General Contractors of America, “the fact is that it remains too difficult for many firms and their partners to establish apprenticeship programs for construction workers. Barriers for apprenticeship programs often include the excessive costs incurred during the rigid and inflexible registration process.”

The DOL should tear down barriers to creating more apprenticeships, not add more review and oversight requirements.

Its proposal also fails to address other key factors that limit the growth of apprenticeships and push students toward college. Some factors are social: The Aspen Institute and Skills for America’s Future found that most Americans believe students should pursue a degree over an apprenticeship if they can. Others are economic: Researchers at Harvard Business School found that employers demand degrees even for positions that don’t need them.

While those trends are changing—more young people view an apprenticeship as a path to a good job and employers are dropping degree requirements—for now, they will likely continue to discourage students from pursuing apprenticeships and employers from launching them.

Kristiana Bolzman is a Catalyst Policy Fellow at the Independent Institute. Born and raised in Michigan, she received her B.A. from Hillsdale College where she studied politics and journalism.

Trump Moves Forward on Apprenticeships—But More Needs to Be Done