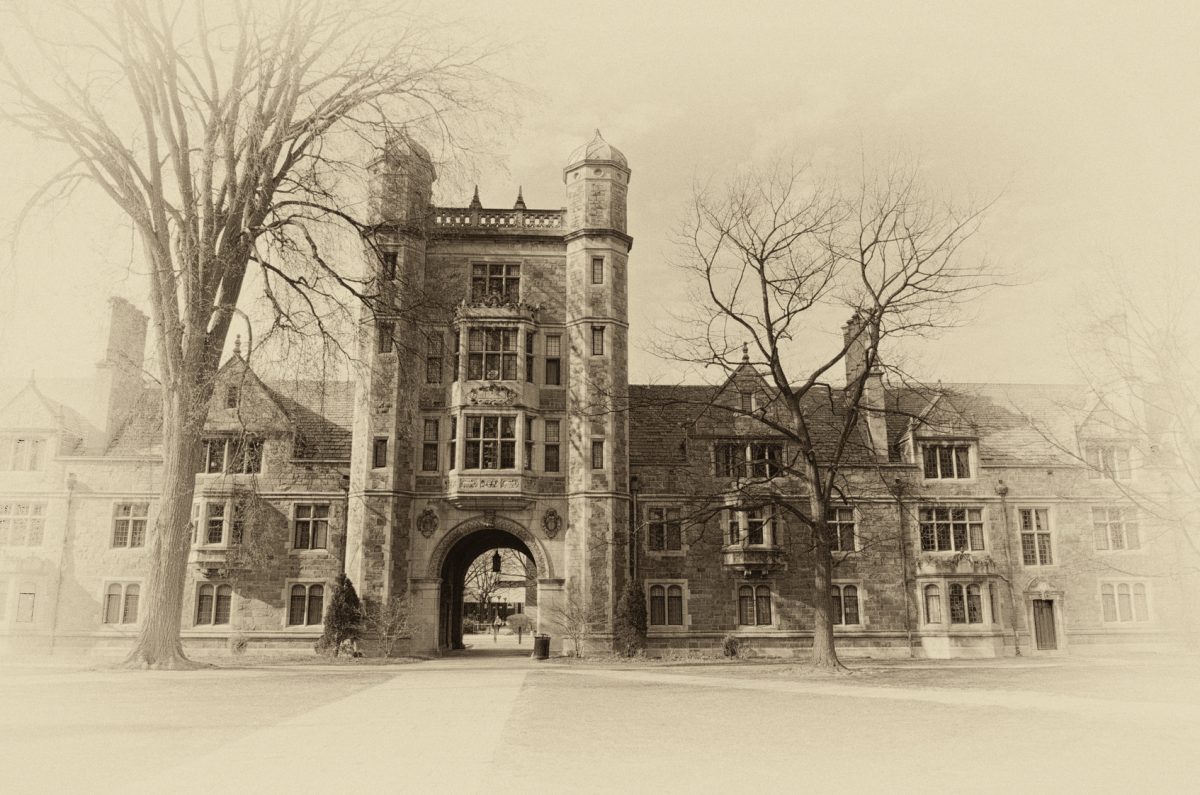 Many if not most professors and higher education leaders enjoy pontificating about their high-minded ideals in contrast with the grubby, self-interested world outside of academia. What few people have done is to turn the lens around and ask about the morals of those professors and leaders. Are they in fact paragons of virtue, or could it be that their own actions are suffused not with concern for students or society, but their own welfare?

In their recent book Cracks in the Ivory Tower, authors Jason Brennan and Phillip Magness explore those questions and find higher education to be “a moral mess.”

From a business ethics standpoint, the average university makes Enron look pretty good. Universities’ problems are deep and fundamental: Most academic marketing is semi-fraudulent, grading is largely nonsense, students don’t study or learn much, students cheat frequently, liberal arts education fails because it presumes a false theory of learning, professors and administrators waste students’ money and time in order to line their own pockets, everyone engages in self-righteous moral grandstanding to disguise their selfish cronyism, and so on.

That is a strong indictment, but at every step, Brennan and Magness support their arguments. They don’t smear anyone, but merely point out that the system of incentives we have created in higher education inevitably leads to self-interested actions. They have nothing against self-interested action, but can’t stomach the way college leaders hide their pursuits behind a smokescreen of rhetoric about the social good.

The tools that the authors use throughout are insights into human behavior that economists (particularly those working in public choice theory) have developed: There are no free lunches; there are always budget constraints; incentives matter to people; actions usually have unintended consequences; people often break rules when they think they can; rules shape incentives; and good rules economize on virtue (i.e., we should create ones that align public interest with individuals’ private interests). Applying those insights, Brennan and Magness explain why American higher education costs as much as it does and delivers as little actual education as it does.

One of the authors’ first targets is academic advertising. In the business world, Americans get angry when companies make exaggerated claims about what their products will do, and law enforcement steps in when the claims cross the line into fraud. But almost every college and university—ranging from the most famous to those barely known outside their towns—states that students will receive a “transformative” education.

That sounds great. Where, however, is there any proof that students who enroll at those institutions enjoy such deep learning experiences? Not only is there no such evidence, the authors observe, but there is good reason to doubt that students even gain much in the way of basic skills and knowledge. Despite mounting evidence that many students coast through to their degrees with scant intellectual gains, schools keep making exaggerated claims. They do so because they know they can get away with it.

Similarly, there’s the nasty game that prestigious schools play with prospective students. They encourage students to apply, although most have no chance of being accepted. Why? Because the lower a school’s acceptance rate, the higher it ranks in the college rankings, like that of U.S. News and World Report. Ethically, that’s pretty bad, but, again, college leaders know they can get away with it.

How do colleges evaluate their faculty? Unlike businesses, which want reliable measures about how well or poorly their workers perform their jobs, colleges mostly rely on student evaluations. They have students write a brief survey about the course instructor, usually on the last day of class. Do those evaluations identify good versus poor teachers? No, say Brennan and Magness, who write that “the research overwhelmingly shows that course evaluations are, well, garbage. Indeed, the empirical work on course evaluations is so damning that using them is morally irresponsible.”

Student evaluations don’t help to reward good teaching or weed out bad teaching. Instead, they are useful for administrators in furthering their goals: an appearance of objectivity and increased power over the faculty.

The college curriculum is another ethical muddle. To hear professors talk (at least for public consumption), the courses offered are carefully crafted to help ensure that students receive a broad education that will make them good, thoughtful citizens. But the truth of the matter, the authors argue, is that the self-interest of faculty and departments is paramount. Getting courses approved, and especially put into the general education curriculum, involves what economists call “rent-seeking,” which is to say, using influence to get the money and security you want.

Despite mounting evidence that many students coast through to their degrees with scant intellectual gains, schools keep making exaggerated claims.

Brennan and Magness focus in particular on basic writing courses, which have increased over the years. Those courses don’t do much to turn students with bad writing skills into competent writers, but they do help to ensure a demand for graduates of English PhD programs. They write, “With the teaching opportunities created by composition classes, more job-seekers, fueled by decades of English PhD overproduction, enter the already saturated market.”

Maintaining the flow of students through graduate programs is extremely important to departments and creating courses that will soak up some of the glut of people with doctorates helps accomplish that. Once again, the real objective is not optimizing education for students, but preventing any shrinkage in the budget for graduate programs.

Cheating is another subject the authors address. Students cheat a lot, reflecting their desires for good grades with minimal effort rather than for learning. If professors wanted to crack down on cheating, there is a lot they could do, the authors note. But they usually do little to combat cheating because, again, it isn’t in their interest to do so. If some students get higher grades than they deserve, that doesn’t hurt the professor, whereas changing the way he or she teaches would involve personal costs. That doesn’t make them bad people; they’re just responding to the system’s incentives.

Brennan and Magness close with a chapter on three mistaken diagnoses of the problems facing higher education.

One common complaint is that higher ed has been “corporatized”—that is, has been taken over by a business mindset that no longer values education for its own sake. The authors reply,

Now, we admit that corporations suffer from many of the problems built into large bureaucracies. But universities have more in common with the Department of Motor Vehicles than they do with Disney or McDonald’s, and the reasons have to do with both the way they receive money and allocate scare resources between their components.

Another line of attack is that our higher education system suffers from “neoliberalism.” That’s a catchphrase with no precise meaning, but it connotes too much belief in liberalism in its old sense—reliance on freedom rather than government control. Those who decry “neoliberalism” complain about budget cuts, unfair hiring practices, the influence of outside, “dark money” interests, and so on. But to Brennan and Magness, this is merely a “poltergeist” theory, a feeble effort at pinning the blame for supposedly bad things on an imaginary force.

Finally, some critics assail technological disruption as posing an existential threat to higher education as we’ve known it. Supposedly, the traditional university will wither as people learn whatever they want or need to online. But Brennan and Magness think that concern is vastly overblown. Why? “As we have seen,” they write, “universities are not primarily in the business of imparting knowledge to students. They are in the business of issuing credentials.” Until such time as a better credentialing system emerges, universities are not really threatened.

Cracks in the Ivory Tower is the second book within the last year (roughly) that turns over a rock to expose unflattering truths about American higher education. Bryan Caplan’s The Case Against Education made a powerful argument that most of the apparent benefit students derive from college is not in augmented skills and knowledge, but just from the signaling effects of degrees. Now, Brennan and Magness have shown that much of the conduct by college leaders that’s portrayed as righteous concern for students and society is actually done out of selfish motives.

Both are crucial books. That low rumbling sound you hear may be the tremors that break apart the foundations of our expensive yet ineffectual higher ed system.