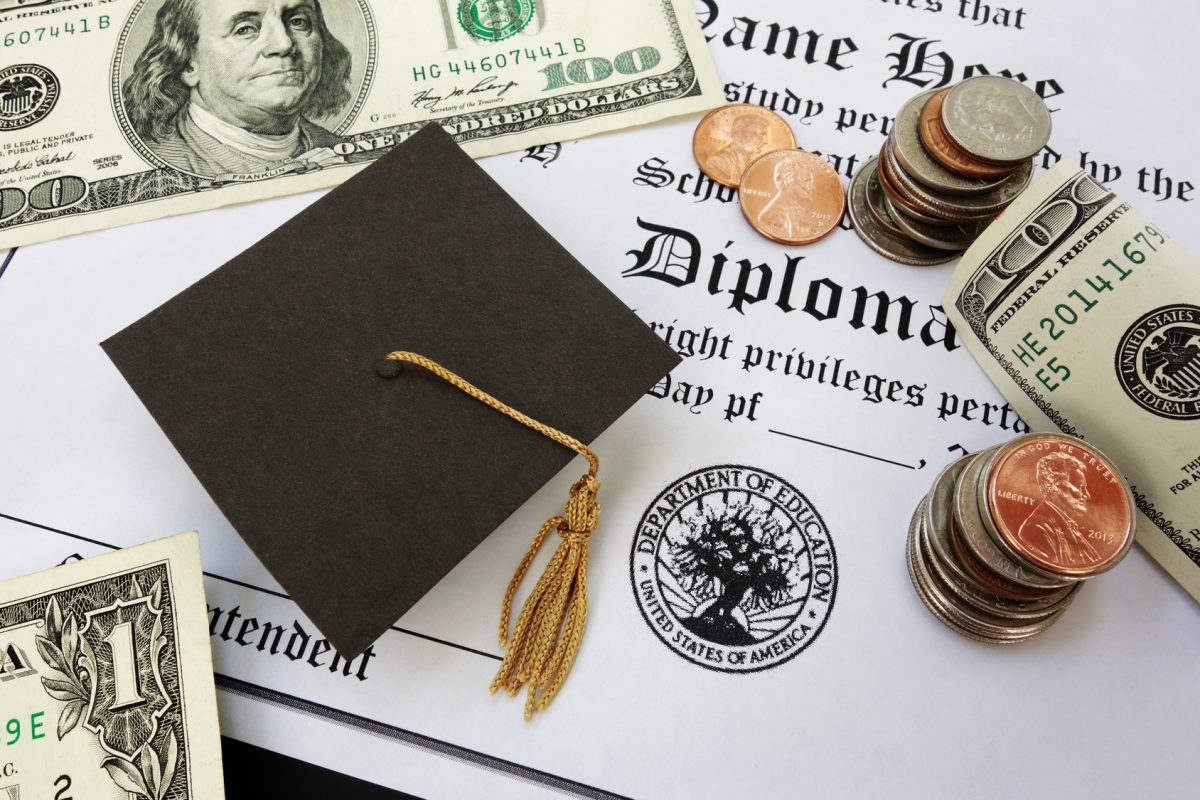 Student loan debt has become a major concern for young people. In response, some Democratic candidates for president are offering “free college” proposals.

Vermont Senator Bernie Sanders was the first presidential candidate to propose this in 2016. His plan came with a price tag of $47 billion and had the federal government covering two-thirds of the cost. In 2019, Massachusetts Senator Elizabeth Warren proposed a more ambitious plan that would forgive student loan debt for everyone with a household income of less than $100,000.

Some states, too, have embraced free college: Currently, 21 of them offer some kind of tuition-free college or a statewide scholarship program to help students afford college. These programs range from making two-year schools tuition-free to offering a full ride to some public colleges.

But in Louisiana, we have an example that should give even the biggest proponents of free college some pause. Louisiana is the poster child for a program that started with the best of intentions, but has become uncontrollable in size and cost. Expanding free college has been easy, but taming it has been difficult—if not impossible.

Louisiana’s near-universal college program is the Taylor Opportunity Program for Students (TOPS). It is based on a promise that oilman Patrick F. Taylor made in 1988 to a class of eighth-graders in a New Orleans school. He promised the class that if they held a “B” average throughout high school, he would pay for their college tuition.

Taylor’s program began life as a privately funded initiative for poor students. Taylor grew up poor and put himself through Louisiana State University when doing so was still possible. His program caught the attention of lawmakers who wanted to expand it statewide, and the state took it over in 1989.

When the state took over TOPS, it had an income cap of $25,000 (about $51,500 today) and the 3.0 GPA academic requirement was lowered to 2.5. The GPA reduction was offset by a minimum ACT score requirement of 20, which critics have blamed for the lack of black students in the program because they tend to score lower on the ACT than their white counterparts. TOPS awards can be used for any Louisiana school: public or private, two-year or four-year, vocational or traditional.

In 1998, the state abolished the income cap and made TOPS a near-universal free college program to fight brain drain. Its best and brightest students were leaving for out-of-state universities, and expanding TOPS was a ploy to keep them in Louisiana. The program worked, as more and more students stayed in state. Doing so, however, shifted TOPS away from Taylor’s original mission to help poor students get a college degree.

Now, TOPS disproportionately benefits the middle class and the wealthy.

The result is an inevitable demand for more funding from the state to preserve a new middle-class entitlement.

The only meaningful cost controls Louisiana enacted with TOPS was decoupling it from tuition increases in 2016. Legislation that would’ve prioritized awards for the neediest and highest-achieving students failed in 2018. The universal nature of TOPS is largely unchanged from 1998.

The difficulty in controlling the spiraling costs of TOPS is connected to its second major problem: It has largely been immune to reform. Numerous proposals, like raising the minimum GPA and the minimum ACT score, have been defeated in the legislature. Without changing its requirements, program costs can’t be limited. And as the cost of college grows, middle-class and wealthy households expect TOPS funding to keep up. The result is an inevitable demand for more funding from the state to preserve a new middle-class entitlement.

As more states create free college programs, they’ll find that, like with TOPS, the only acceptable changes are funding increases and eligibility expansions. Reforms aimed at containing costs will be difficult.

The third problem with TOPS is that it’s a political football. Louisiana’s governor is Democrat John Bel Edwards and the legislature is controlled by Republicans, with the House particularly opposed to Edwards. The two government branches have fought over how to fund higher education, making the TOPS program a political problem as much as a financial one.

Edwards wants to boost higher ed funding with tax increases after former Republican governor Bobby Jindal cut the state higher ed budget. House Republicans have generally been opposed to raising taxes and argued for budget reforms that would give the legislature more authority to cut more areas of state government. TOPS has been one program on the chopping block.

The first threats to TOPS’ budget were made in 2016. The program was only partially funded in 2017 until taxes were raised in 2018. The resulting squabbling and cuts, which were as high as 30 percent and often made with little notice to students, led some high-achieving Louisiana students to attend college out of state.

Creating a tuition-free college program offers an easy solution for rising tuition costs. Students and their parents see the cost reductions immediately. But free college programs, as seen in Louisiana, can quickly become an expensive, hard-to-reform mess. They may also be a short-term solution: The average tuition of four-year public colleges in Louisiana has grown 75 percent since 2011.

Kevin Boyd is a Louisiana-based freelance writer. He is a contributor to The Hayride, a Southern regional publication. In addition, he has been published at the American Conservative, The Federalist, and The Atlanta Journal-Constitution among many other publications. You can visit his website and follow him on Twitter @TheKevinBoyd.