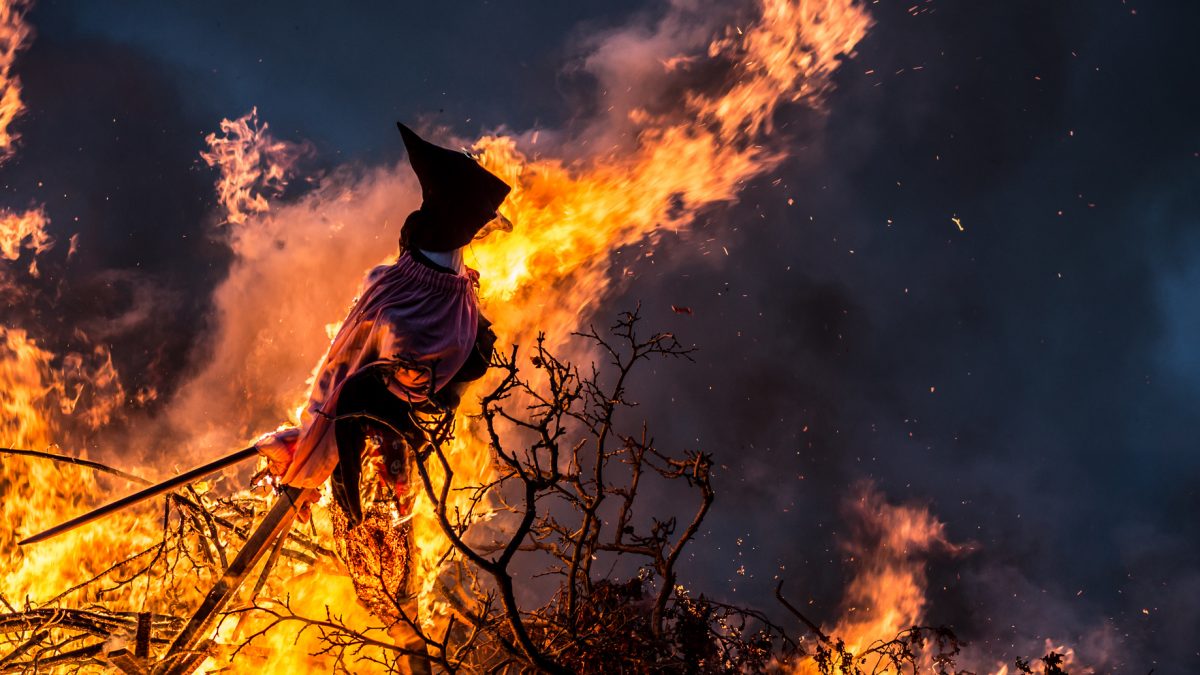 On 30 April 2019, St. Edmunds College, University of Cambridge, rescinded a fellowship to the outstanding young researcher Noah Carl, who self-identifies as a conservative. The rescinding was unjust, and it came after a sustained and equally unjust campaign of leftist protest and demonstration against Dr. Carl. The campaign was unjustly supported by leftist press outlets, including Varsity, the University of Cambridge student newspaper. 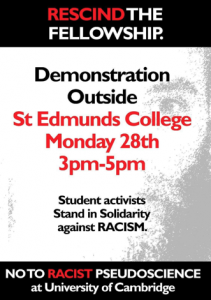 I was the external examiner on Dr. Carl’s DPhil from Nuffield, Oxford, so I am familiar with his work. It is a data-intensive investigation of cognitive ability (or intelligence) and its correlates, including ideological views, trust, and self-rated happiness. He wrote a report for the classical liberal Adam Smith Institute on why British academics lean left, and argued that intelligence does not work as explanation. He has published several analyses of the Brexit vote. He follows the scientific literature in recognizing that both “nature” and “nurture” affect the development of cognitive ability.  He has not conducted research on race or ethnicity as factors in cognitive ability, but he has written a courageous and thoughtful essay about the ethics of preemptively shutting down such research.

Dr. Carl, then, is a serious and highly accomplished researcher who simply does not conform to leftist ways of interpreting the world and who is not cowed by leftist taboos. As such, he has been singled out as a miscreant. Disgraceful means have been used to take him down. The charges are defamatory.

I read about the rescinding in a May 1 article in Varsity. No less than three times does the article quote Dr. Carl’s former employer saying that he had “collaborated with a number of individuals who were known to hold extremist views,” without naming a single such individual. It notes that Dr. Carl attended a conference on intelligence research. Many enemies are quoted, calling him a racist, etc., but not a single friend or defender.

It all flies in the face of the liberal norms that built liberal civilization.

A brief and thoroughly unjust letter against Carl was signed by over 1,400 students and academics. It does not bother to identify a single claim, a single sentence in all of Carl’s research.

How I’m shocked that here you are

In St. Edmund’s you seem so high

Skyping with Dr. Carl on May 23, I found him as chipper and light-hearted as he was in June 2017 when I visited Nuffield College, Oxford, to serve as external examiner on his DPhil in sociology. Dr. Carl’s dissertation advisor was Nan Dirk de Graaf, professor of sociology at Nuffield. The internal examiner was Stephen D. Fisher, associate professor of sociology at Trinity College, Oxford. As “collaborators” of Dr. Carl—who must be a racist, since an accredited “Twinkle, Twinkle, Little Star” singing mob says so—perhaps we are next.

Dr. Carl is responding meticulously to the takedown, exposing its intellectual degeneracy and detailing its unjust methods. He has good grounds for suing St. Edmunds for acting in bad faith and thus violating implicit, if not explicit, terms of the contract.

We should all hope that Dr. Carl sues and wins. Liberal civilization is under assault in ways scarcely imaginable just a decade ago.

The ‘open letter’ denouncing Carl is just a list of vague assertions and charges of guilt by association. If the signers think we should condemn anyone who gives ammunition to ‘extremist and far right media,’ they should write a new letter condemning themselves.

Academic freedom is a foundational principle of the modern university, while the principle that one provide evidence or reasoning for the claims one makes is the basis of any rational inquiry. For a university to act on a letter that attacks an appointee without offering any evidence to support the sweeping claims it makes, would be to go against both these principles. How could so many academics sign a letter that asks a university to do that?

“This is a classic case of a politically motivated witch hunt,” writes Cowen.

I have done research on the ideological profile of the professoriate in the United States. During the past several decades, leftism reached a tipping point, and now a number of factors conspire to ensure leftist domination. As I explain in an article with Charlotta Stern, and in a video, the three key factors are: Sacred beliefs, majoritarian departmental decision making, and the pyramidal hierarchy of each academic discipline.

The progression has been in motion for a long time. The various factors combine to drive toward ideological uniformity, which is where things stand (see here and here). The holdouts are in pockets scattered throughout the academic pyramid, resisting the vortex of academic leftism.

But I scarcely foresaw the lynching of non-leftists on academic contracts. The Noah Carl affair, along with the Bret Weinstein affair, represents a new phase of campus leftism. And it is part of a broader wave of heightened incivility among leftist students and faculty.

It is vital that we stand up against leftist incivility. When socialists take over “the commanding heights” of the economy, there is little we can do. When they take over the commanding heights of culture, however, we do not lie prostrate: We make those heights less commanding, by developing dissent, criticism, and alternative culture. The sons and daughters of liberal civilization shall not go quietly.

For media on the Noah Carl affair not slanted heavily to the left, see the following:

Daniel Klein is professor of economics and JIN Chair at the Mercatus Center at George Mason University, where he leads a program in Adam Smith. He is chief editor of Econ Journal Watch.

A Witch Hunt Comes for a Nonconformist Professor