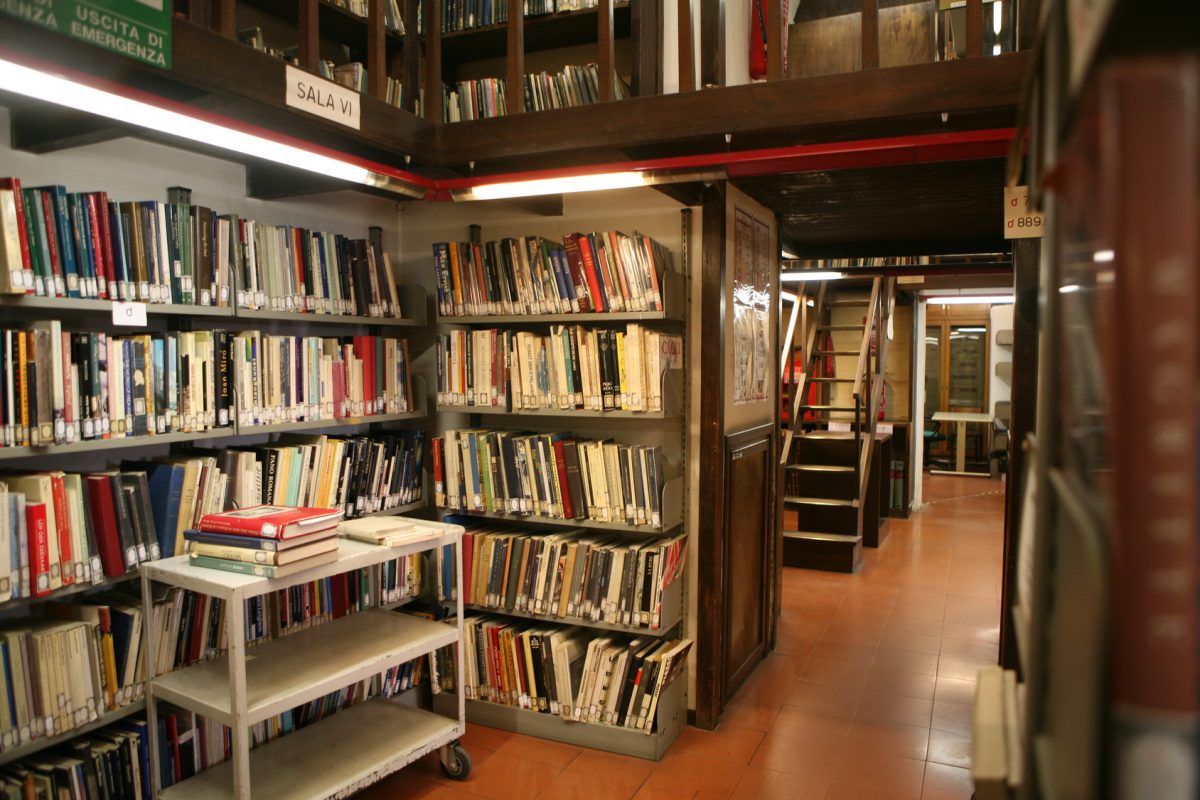 In March, Helen Pluckrose and James A. Lindsay penned “A Principled Defense of the University” for Areo. Coming from two of the authors of the “Sokal Squared” publishing scandal, it’s an important disclaimer: Grievance studies are not representative of the whole university.

In the essay, the authors explain why they believe the modern university is “among humanity’s crowning achievements.” It’s because, they say, the university exists specifically to carry out noble goals—to produce and share knowledge, to act as the center of culture, and to generate opportunities for citizens and nations.

They attribute universities’ success at these endeavors to:

Those are indeed values and virtues worth cultivating. And a few exemplary universities and programs do so.

But I am not convinced that a significant majority of universities fulfill the promise of those high ideals. Examples are easy to find of universities that fail in their commitment to freedom of expression, for example. Pluckrose and Lindsay are sympathetic to those criticisms and charge that instances of illiberalism “make universities vulnerable.” In universities’ defense, they claim that “the vast majority of the problem can be addressed by engaging in serious housecleaning of a stark minority of the academy.”

They spend a majority of the article parsing what they call “legitimate criticism” of the flawed but still admirable academic endeavor from “illegitimate attack” that is becoming more common. Their arguments are nuanced and thorough. The article is well worth reading in its entirety. (It takes about 20 minutes.) Smart administrators will heed their advice: Respond to criticism now before too many people lose faith in academia entirely.

But Pluckrose and Lindsay fail to mention another important problem—that too many people at too many universities do not share the very first of their listed values: a love of learning. This, in the end, may be more dangerous than (contained) illiberalism to the continued success of the university. Most students today admit that they attend universities to improve their employment prospects. And many administrators devote their time to building the brand or engaging in economic development—a far cry from the university’s original, essential mission. Reformers of their caliber would do well to address this issue as well as the creeping problem of illiberalism on campus.

I recently read How University Boards Work: A Guide for Trustees, Officers, and Leaders in Higher Education, by Robert A. Scott. The book is a wonderfully detailed and often insightful manual for the operation of a university board. That is, if you wish to perpetuate the academia that exists today. If you wish to address higher education’s most serious problems, something more is required.

It’s not that he is unaware that higher education has problems, but too often Scott dismisses or ignores the worst ones. Certainly, he is highly qualified to write about higher education governance, having served both as president of a private school, Adelphi University, and a public one, Ramapo College of New Jersey. But something crucial is missing—while Scott acknowledges that boards should define their institutions’ missions and directions, in other ways, his recommendations undermine their influence.

Academia today desperately needs a major change of direction, without which it will continue moving in the path of increased politicization, excessive costs, and lowered quality. The dominance by well-qualified former college presidents is a problem in the literature of university governance; it seems like all the other books on the same topic propose much the same continuation of the current situation. Like Scott, these writers are steeped in the norms of post-World War II higher education and cannot see beyond a certain established horizon.

But there are indeed big worries beyond that horizon. Academia today desperately needs a major change of direction, without which it will continue moving in the path of increased politicization, excessive costs, and lowered quality. Scott’s book, and others of the same genre, do not empower university boards for change, but constrain them within prescribed limits so that administrators and faculty can maintain the world they have built.

I am currently reading Cracks in the Ivory Tower by Jason Brennan and Phil Magness. The book’s subtitle is “The Moral Mess of Higher Education,” a subject that has been very little explored by scholars. Most people assume that the professors and administrators who inhabit the world of higher education are driven by deep concerns for the quality of the learning experience for students. That’s a mistaken assumption, the authors argue. What they show is that the decisions made by professors and administrators are mostly driven by self-interest rather than ethical concerns.

The dust jacket on the book rebukes the people who run our higher education system: “At every level, academics disguise their pursuit of self-interest with highfalutin moral language.” That statement rings true. While professor posture as though their only concern is the purity of the academic world, they usually if not always make decisions that put the most resources in their departments. Administrators do likewise. The result is higher spending than is necessary in pursuit of prestige—which must be paid for by others, of course.

One target the authors blast is the pretentious advertising claims that an education at College X will be “transformative.” Almost all schools say something like that, but there simply isn’t any evidence that it’s true. Brennan and Magness call out the dishonesty of making sweeping assertions about the value of college that can’t be verified.

Cracks in the Ivory Tower will no doubt raise the ire of many academic insiders, but they will have a hard time refuting the arguments the authors make.

Sometimes, the little absurdities of higher education cannot be expressed through journalism or academic articles. What’s needed is satire. Lately, I’ve read two works: Original Prin by Randy Boyagoda and “Harrison Bergeron,” a short story by Kurt Vonnegut. One shows the decline of the university and its ideals, and the other shows the degradation that occurs when an obsession for equality takes over.

In Prin, the titular character is an English professor in Toronto (an expert on “representations of seahorses and other marine life in Canadian literature”) whose small Catholic college is on the verge of financial ruin. To save the college, its leaders have two choices: Turn it over to Chinese condo developers and make the school an assisted-living facility with professors teaching classes to residents, or partner with a fictional Middle Eastern country for “generous, long-term funding” in exchange for an online degree program.

Boyagoda captures the small shifts that add up: Referring to scholarly work as “content,” identifying faculty concerns that the Catholic school “was becoming increasingly irrelevant and too Catholic-seeming,” and obsessing over branding and tech fads. Boyagoda’s quick writing style is as enjoyable as his blasé observations about higher ed today.

If Original Prin is more light-hearted in its critique of higher ed, “Harrison Bergeron” shows the popular rhetoric of faculty, administrators, and students taken to its conclusion. Set in 2081, when “everybody was finally equal” thanks to constitutional amendments that handicapped the smart, the strong, and the attractive, the Handicapper General reduced humankind to mediocrity under threat of death. Some individuals had radios in their ears to prevent them “from taking unfair advantage of their brains” and weighed down the strong with weights around their necks and arms. The goal was restraint over empowerment.

Vonnegut, were he alive today, would have a field day with higher ed’s obsession with equality and diversity. From “adversity scores” and freshman orientation sessions that teach students to feel guilty for their privilege to colleges that brag of their “diverse individuals,” higher ed has moved away from the pursuit of truth and expanding opportunity for bright students to a project for political change. All too often, the academic mission of colleges takes a backseat to political goals. “Harrison Bergeron” is a useful warning that the zeal for equality in higher ed doesn’t mean we’ll like the methods or results used to achieve it.

It’s no secret that colleges and universities have become the front lines of a raging culture war. Indeed, the level of political and social disintegration is the highest it’s been in decades. What’s less certain is why American society is being torn apart at its seams.

In his new book The Right Side of History: How Reason and Moral Purpose Made the West Great, podcast host and author Ben Shapiro offers his diagnosis of the culture’s ills, as well as a way to set it back on course.

Shapiro’s book is in large part a response to the insanity he witnessed first-hand on college campuses. He was the guest speaker at the University of Missouri when professor Melissa Click infamously asked for “some muscle” to remove a student reporter from covering a student protest. When he came to speak at California State University at Los Angeles, Shapiro needed a full security team and had to sneak through kitchens to safely exit the campus that was overrun with student rioters.

In his book, Shapiro attributes the current cultural dysfunction to a sort of historical amnesia. Americans haven’t just forgotten their history, they have abandoned their Western heritage—along with the defining ideas and values that made it “great:”

The fight against entropy is never over. Our way of life is never more than one generation away from the precipice. We have already begun to see a huge number of citizens lose faith in free speech, in democracy, in economic freedom, in the idea of a shared morality or cause. That turn away from our values began when we lost faith in the path that brought us here in the first place.

Naturally, Shapiro argues that the remedy lies in re-learning the great ideas that built the West—a task that must be taken up in the college classroom. That includes familiarizing students with the intellectual traditions that stem from Judeo-Christianity and Ancient Greece. The common vision students gain by grappling with thinkers such as Aristotle, Thomas Aquinas, John Locke, and Dostoevsky is crucial, Shapiro argues, if the American social and political fabric is to stay intact.