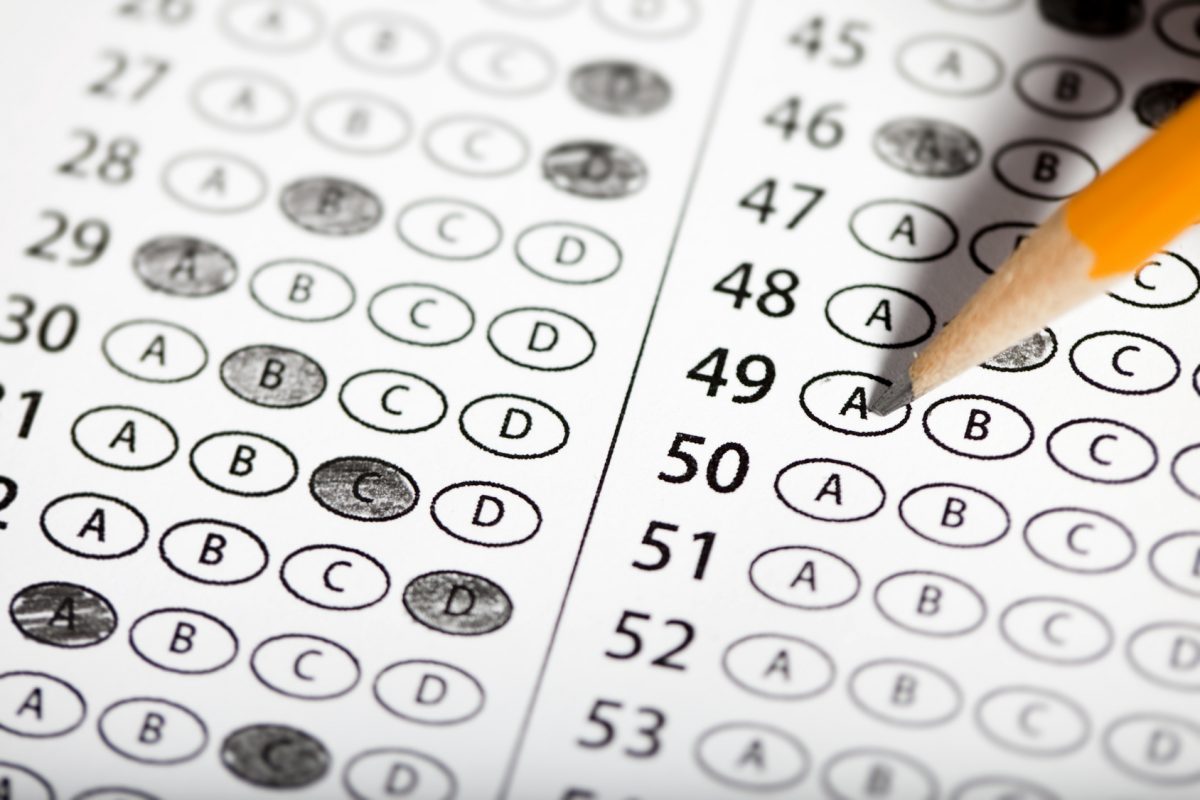 In the 1992 movie A Few Good Men, there is a courtroom scene where the prosecuting attorney (played by Tom Cruise) tells the defendant Marine officer Nathan Jessup (played by Jack Nicholson) that he wants the truth. To that, Jessup shouts back, “You can’t handle the truth.”

What brings that to mind is the recent revelation that the College Board (CB) has begun calculating an “adversity score” for each student who takes its aptitude test, the SAT. Apparently, the people running the CB don’t believe that we can handle the truth that individual students vary in their academic abilities, and therefore their actual SAT scores must be adjusted (“put in context”) to supposedly reflect the circumstances of the test taker.

Schools will receive adversity scores that boost the actual scores of students to the degree that the CB thinks they have faced adversity in their lives. How well students are actually prepared for academic work will now be hidden behind an egalitarian gauze that is supposed to make things more fair.

Strangely, the news about this change in the SAT was not trumpeted by the CB itself but rather was revealed in the Wall Street Journal. Author Douglas Belkin explained that the CB “has worried about income inequality influencing test results for years” and he quotes CB chief executive David Coleman, “We can’t sit on our hands and ignore the disparities of wealth reflected in the SAT.”

The “adversity score” for each test taker will depend on 15 factors relating to the area of the student’s high school, such as poverty levels and crime rates. What counts is the area, not specifics about the student and his or her family. Thus, the “adversity” approach is certain to assign points to students who live in bad neighborhoods but who benefited from stable and supportive families, while missing the personal or family adversity that students who don’t come from troubled neighborhoods might nevertheless have experienced.

Because of the CB’s use of group characteristics (everyone from the same high school is presumed to be in the same “adversity” boat), attorney Mark Pulliam likens the CB’s method of calculating adversity to the “redlining” that banks used in the past to decide where not to lend.

However the data is derived or weighed, lumping people together based on their zip code resembles the now-banned practice of banks and other financial institutions which rejected loan applicants based solely on where they lived. It was called redlining and civil rights advocates condemned it as discriminatory. Consumers applying for loans deserve to be judged on their individual merits, not based on their address or the general characteristics of their school, community, or neighbors. Applying to college is no different.

Well, it shouldn’t be, anyway. But the higher education industry, pursuing “progressive” goals of group equality, can get away with conduct that no other sector of the economy can.

Just like racial preferences for a few underrepresented groups, the CB’s adversity policy is said to promote fairness and inclusion. By boosting the admission chances of minority students and those who have dealt with adversity (groups that overlap to a great extent), colleges and the CB claim to be helping advance social justice. The argument is that enabling students who wouldn’t qualify for prestigious schools strictly on their academic merits to have a chance at acceptance improves their education. And by improving their education, we improve their life outcomes, thus reducing the wealth gap between society’s “haves” and “have nots.”

That argument is taken on faith by “progressives,” but it rests on a faulty premise—that getting into a more prestigious college or university means getting a superior education. The fact of the matter is that prestigious schools are regarded as such not because their undergraduates receive superior instruction, instruction that meets students where they are academically.

Instead, prestige stems from having an illustrious faculty who are known for their research, not exemplary teaching of undergrads. To find educational quality (not glamour), students are usually much better off at small, non-famous colleges where the professors might pay close attention to their work.

Moreover, students who have been given the supposed benefit of admission to a “better” college often find that they are academically mismatched at their institution and struggle to make even mediocre grades. Law professor Richard Sander and Stuart Taylor, Jr. explained that problem in their book Mismatch. Whether a student with comparatively low academic ability is admitted because of racial preferences or because he comes from an area where people face much adversity doesn’t matter. The result is apt to be the same—a weaker academic record than if he’d attended a less prestigious institution.

Here’s an analogy to help make the point. Imagine that the U.S. Olympic Committee is holding tryouts for its swimming team. Each would-be member is timed in his event, but then instead of choosing the team based on actual times clocked, the committee assigns each competitor a “swimming adversity score.” Those who grew up in areas where pools were scarce and without good coaches would, by some secret algorithm, have their times reduced. Team members would be chosen on their adjusted times—in order to make things more fair and inclusive.

It’s worth noting that many colleges already try to identify students who might have ‘the right stuff’ for the school despite comparatively low SAT scores.

If we did that, the U.S. Olympic team would probably still have good swimmers and being on it would be a matter of pride. But when the Olympics were held, the U.S. team would fare poorly against nations that chose their swimming teams strictly on the basis of individual speed.

It’s worth noting that many colleges already try to identify students who might have “the right stuff” for the school despite comparatively low SAT scores. They do so by having admissions officers engage in a “holistic” analysis of applicants. That is mostly a cover for racial preferences, but at least students aren’t automatically given a boost merely because their high schools and neighborhoods are bad. The CB’s broad-brush approach that considers areas rather than looking for evidence of personal striving is clumsy and inefficient in comparison.

So, why is the CB doing this?

One possible answer is that it hopes to arrest the growing trend among colleges to go “test optional.” An increasing number of schools tell applicants that they need not submit SAT scores. Perhaps the people running the CB believe they will stop that trend by making it seem that they are “woke” to leftist concerns over inequality. It may be an attempt at “allyship” with progressives who dominate the American higher education system.

Another answer is that the CB thinks that the Supreme Court will eventually rule that racial preferences are illegal in college admissions since our law is strongly against any kind of racial classification. If the Court did so rule, many schools would look for a new way of creating a “diverse” student body. Adversity might be the next touchstone for college admissions and the CB’s adversity scores would be right at hand for them.

The CB used to defend its test against criticism that it was unfair, but it has now taken an unfortunate U-turn. This apostasy weakens the defense for assessing people on their own merits and not on group membership.

But most Americans, I think, can handle the truth about academic preparedness. They don’t worry that prestigious universities won’t have enough “underrepresented minorities” unless they put a heavy thumb on the scale to favor less talented students from certain groups. Nor do they want poor individual performance offset by excuses like adversity. The obsession with group inclusion is mostly confined to leftist intellectuals who fancy themselves doing something noble when they undermine objective standards as they pursue their vision of social justice.

In this City Journal article, Heather Mac Donald nails the truth, writing, “The solution to the academic achievement gap lies in cultural change, not in yet another attack on a meritocratic standard.” Progressives simply can’t handle that.