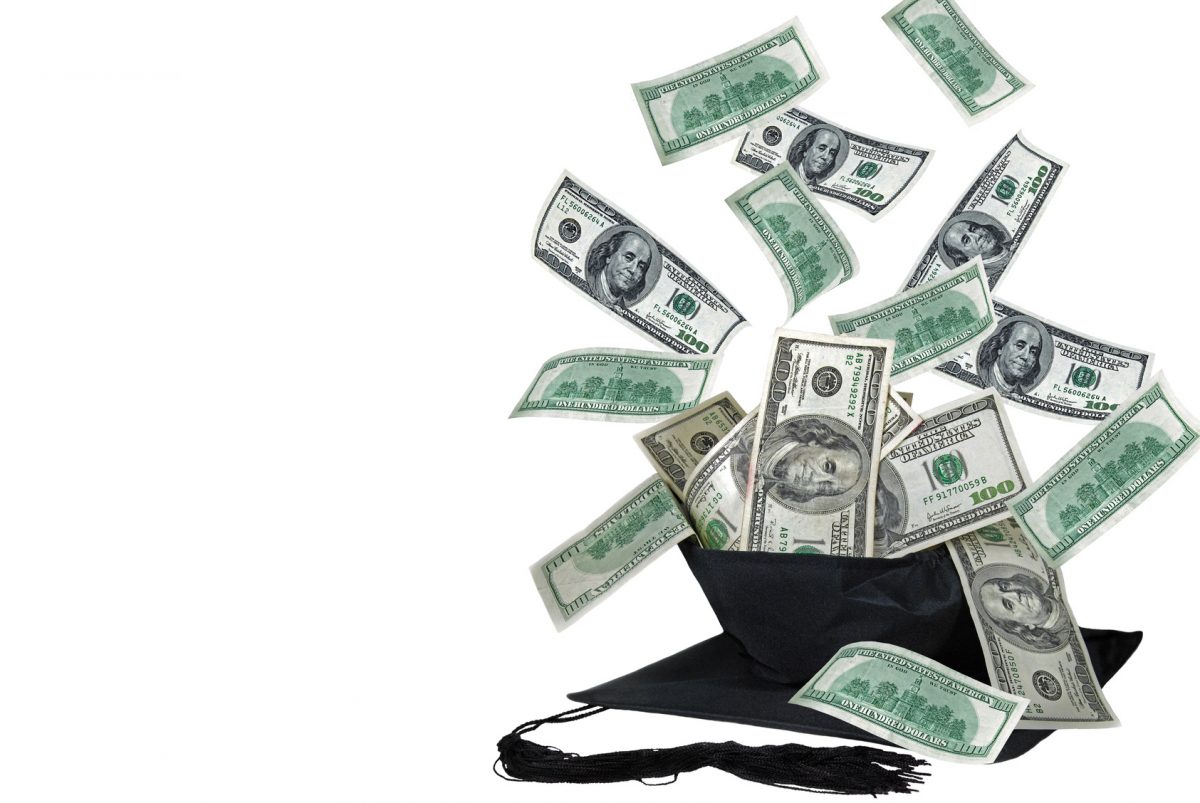 Often, the strongest criticisms of higher education come from insiders. One insider is Daniel Johnson, who retired as president of the University of Toledo in 2006 after an academic career that included several senior leadership positions. He has recently published a book, The Uncertain Future of American Public Higher Education, that illuminates many of the worst problems besetting higher ed.

Much of Johnson’s analysis is excellent, but he misfires on some. I will start with the book’s best sections.

While some of our higher education traditions are sound, many others, Johnson argues, are outmoded. They lead to “unaffordable costs for students, ineffective and inefficient delivery of instruction, and failure to adapt to advanced, lower cost, and more effective technologies and methods.”

Foremost among those outmoded traditions is the way colleges award credit for “seat time” rather than for learning. The truth, Johnson says, is that the credit hour system “measures neither education nor learning.” Thus, we compel students who pursue college degrees to spend huge amounts of money on courses when what they really want is knowledge—knowledge that could be more expeditiously delivered.

Johnson points to three alternatives to the traditional credit hour system—The Bologna Process (widely accepted in Europe), the Lumina Foundation’s Degree Qualifications Profile, and the Turning USA Initiative—each of which, he writes, “stress active learning, knowledge, and competencies, not seat time credit, as the path to a degree.” Unfortunately, the inertia of the higher education system, combined with the fact that most faculty members like the status quo, prevents us from making much progress in replacing the seat time tradition.

Tenure is another of our academic traditions that Johnson sees as accomplishing little except to increase the cost of college education. He understands the reasons why tenure was adopted long ago—to protect the academic freedom of professors—but believes that it now inflicts costs far in excess of its benefits. Tenure imposes very high personnel costs on colleges (salaries and benefits that must be paid even though the individual is producing little or no value for the school) and also prevents more efficient use of scarce resources.

Johnson writes, “Tenure constitutes a formidable barrier to institutional flexibility.” Academic freedom does need protection, but there are other mechanisms for doing so. He suggests that schools embrace academic freedom in their mission statements, by-laws, and faculty contracts. 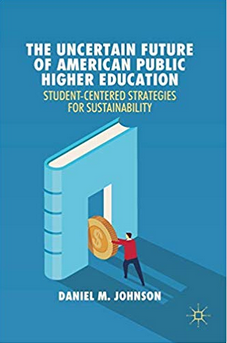 Also contributing to the needlessly high cost of a college education are our overvalued and underused campuses. Johnson is convinced that the rapidly growing acceptance of online education is undercutting the need for physical space on campuses. “State legislatures across the nation,” he writes, “are raising serious questions about the cost of their campuses, while university presidents and governing boards struggle with issues related to the future role and function of campuses in the changing higher education environment.”

But like a bad habit, higher education leaders seem unable to stop themselves from building new campus monuments. Johnson points to a particularly egregious instance—a new library at the University of Texas-San Antonio. But that “library” contains no books, only computer stations. A huge new campus expense had been created, but, Johnson notes, most students prefer using their own computers wherever they might be.

Another aspect of the campus cost problem Johnson identifies is the tendency for administrators to put off maintenance expenses in favor of spending available funds on new buildings and attention-getting programs. For example, at Ohio University in 2014, officials decided to issue $250 million in bonds to cover deferred maintenance on campus. Current leaders get to “spruce up” the campus while “the added cost of 100 years of interest that must be paid becomes someone else’s problem.”

Colleges and universities also harm themselves with their leadership policies. Specifically, presidents are chosen poorly and cost too much. “Presidential selection traditions are deeply ingrained in the academic culture, and these traditions are increasingly failing the institutions and damaging our system of higher education at a time strong, well-informed, proactive leadership is most needed,” Johnson writes.

A big part of the trouble here is the way colleges have come to rely on outside consultants to choose candidates for the presidency. Because this approach almost always means a national search, it tends to inflate the cost of hiring a new president while at the same time filtering out people already knowledgeable about the school’s problems.

Thus, we wind up with leaders who need a substantial amount of time to become familiar with their new institutions while drawing salaries that exceed the president of the nation. Instead of going through a costly and often ineffective presidential search every time the position becomes vacant, colleges should, Johnson argues, have a succession plan in place. They should nurture future leaders from within rather than assuming that vacancies (especially presidential) require open, public searches. “Governors should encourage greater adoption of succession planning and boards of trustees, as good stewards, owe it to their institutions to pursue more effective processes for selecting presidents and other campus leaders,” Johnson states.

Johnson has sharp words for many other aspects of college these days, including the extraordinary cost of books (some of which now include computer access codes), the antiquated academic calendar, the continuing reliance on lecturing, the proliferation of administrators, and the duplication of programs. But he reserves his sharpest ones for college sports.

At many schools, sports now constitute a huge challenge to the academic mission. Coaches are paid immense amounts, facilities soak up great sums (even as regular maintenance on the rest of the campus is brushed aside), scandals abound, and star athletes are treated like royalty. Sports almost never generate enough revenue to cover their expenses, so schools impose mandatory fees on students, most of whom have more pressing uses for their money.

“Intercollegiate athletics,” Johnson concludes, “is a prime example of how public higher education is losing its sense of purpose and direction.” Despite highly publicized reform efforts going back decades, matters have grown worse. It is a perfect illustration of how, as he puts it, “our higher education paradigm is broken and may not be sustainable.”

Johnson has sharp words for many other aspects of college these days. But he reserves his sharpest ones for college sports.

After his ringing declarations regarding sports, presidencies, and other issues, Johnson’s treatment of accreditation is disappointingly meek. He informs readers, correctly, that accreditation is supposed to assure that colleges are providing at least acceptable levels of academic quality and acknowledges that critics have argued that it does a poor job due to conflicts of interest and the cartel-like nature of the accreditation business.

But rather than delving into the case against our accreditation system, Johnson simply writes, “Great care must be taken to avoid changes and reform measures that may further weaken our institutions and public confidence that sustains them.”  That’s feeble. The accreditation system has failed to maintain academic quality and doesn’t detect or punish academic malfeasance such as the infamous UNC athletics scandal when they come to light. It’s too bad that Johnson chose to go easy on accreditation.

I will close this review with one more point of contention. Johnson argues that one of the main reasons why most public universities have had to increase tuition (he calls it a “crisis”) is that state legislatures have reduced appropriations for them. They have, and he regards that as a bad thing. But if you want to hide wasteful spending and inefficiency, the best way to do that is to have government pick up the full cost. Few people would care about the high cost of public higher education if it were entirely paid for out of state tax funds, the details buried in budgetary reports.

The virtue of transferring more of the cost from the taxpayers in general to those who actually partake of public colleges and universities is that it makes those people far more interested in cost and quality than they would otherwise be. Requiring consumers—students and their families—to pay more of the cost of higher education is good policy, not bad.

Still, Johnson has written an illuminating book that merits wide readership and discussion.