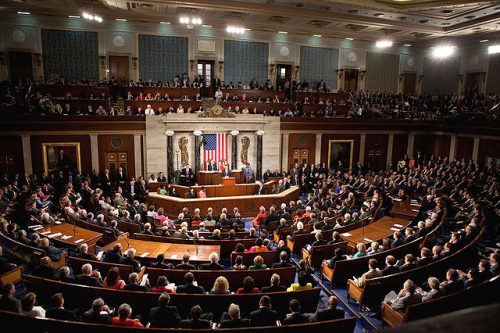 Back in the summer, it seemed that the Republican/conservative vision for higher education reform was building momentum. A House GOP bill called the PROSPER Act was on the verge of moving toward passage and education secretary Betsy DeVos was implementing regulatory changes meant to undo some Obama-era policies such as the “Gainful Employment” rule and aggressive Title IX mandates.

Then, the landscape of higher education policy was dramatically changed in the 2018 midterm elections with the House of Representatives going to the Democrats. Politicians with a completely different approach to higher ed will now have a loud voice. The Republican/conservative ideas will face powerful opposition and Democratic/liberal ideas are back in the game.

For starters, PROSPER is dead.

Writing for the Martin Center at the end of May, Jenna A. Robinson explained that the bill would eliminate outdated federal regulations, encourage innovation, and simplify the student loan system. But the bill never came to a vote, mainly due to stiff opposition from Democrats and their allies in the higher education industry. They don’t want less government control, but more.

The Democrats’ proposal for higher ed reform, introduced in July by Virginia Representative Bobby Scott (who will now chair the House Committee on Education and the Workforce), is called the Aim Higher Act. The bill is almost a point-by-point counter to the GOP bill, increasing federal control and spending in every instance.

Representative Scott sees his bill as advancing the national interest, stating, “Every person deserves the economic mobility and personal growth that comes with higher education and that’s what the Aim Higher Act provides.” Scott clearly buys into the standard liberal belief that nearly everyone benefits from formal postsecondary education and it is the government’s responsibility to ensure that as many Americans as possible attend.

In furtherance of that goal, Aim Higher would boost Pell Grants by $500 per year and then index the grant for inflation and enable students to earn debt-free degrees or credentials from two-year institutions.

That “debt-free” language appeals to “progressives” who view education as an entitlement. Maggie Thompson, executive director of the liberal think tank Generation Progress, said of the Democrats’ stance on debt-free college, “I don’t know that they’ve ever leaned this much on the idea of debt-free education as a value of the caucus and something we’re going to move towards.”

Her last two words are ominous. Although the Aim Higher Act doesn’t go as far as Senator Bernie Sanders’ proposal for free college, it greases the rails for it.

Another key feature of the Aim Higher Act is that it would make the federally recognized accrediting agencies (whose stamp of approval is necessary if a postsecondary educational institution wants to accept federal student aid money) responsible for student outcomes such as graduation rates. That dovetails with the general confidence that “progressives” have in top-down regulation as the path to better performance. But there’s a problem with using federal pressure on accreditors to improve student outcomes: schools will respond by lowering their standards enough to meet the benchmarks. Therefore, the appearance of improvement will just be an illusion.

Under current law, students who take out federal college loans can sign up for an income-based repayment (IBR) program that caps their monthly payments at 10 percent of their income over a base amount. That base is now set at 150 percent of the official poverty line, which is $18,000 for a single person with no dependents. That means that indebted students don’t have to pay little or anything on their loans if they have low earnings.

Aim Higher makes this “generous” program much more so by raising the exemption level from 150 percent of the poverty line to 250 percent—from $18,000 to $30,000. The effect of that change would be to substantially reduce the amount that borrowers have to pay on their loans. And since the IBR program wipes out the remaining balance on student loans after 20 years, this change means that taxpayers will have to bear more of the cost.

In this article, American Enterprise Institute analysts Jason Delisle and Cody Christensen investigate the impact of the Aim Higher Act’s increased leniency toward student loans. They conclude that going from 150 percent to 250 percent of the poverty line would mean that, for many students, “payments would barely cover the interest on the $30,000 loan. That would mean all of the original principal balance would have to be forgiven after 20 years of payments.”

Increased loan forgiveness sounds compassionate and no doubt sways some voters, but the cost of imprudent student borrowing doesn’t disappear just because it is absorbed into the ever-growing federal debt.

The vicarious generosity of the Aim Higher Act gets even worse when you look at its effect on the Public Service Loan Forgiveness (PSLF) program. The Republicans wanted to do away with this program, which allows student borrowers to escape from their repayments after only ten years if they enter into government or “public service” jobs, but the Democratic bill preserves it. And by increasing the repayment threshold to 250 percent of the poverty line, write Delisle and Christensen,

For graduate and professional students who can access unlimited federal loans for tuition and living expenses, the Aim Higher Act would turn the loan program into a veritable ATM that dispenses taxpayer dollars, at least for those who ended up earning middle-class incomes.

The authors give an example where a student borrows $65,000 for graduate school (perhaps law school) and finds employment as a government or public interest group lawyer with a starting salary of $55,000. Under the Aim Higher Act, approximately $35,000 of the student’s debt would be forgiven. But knowing that, the student might as well borrow to the maximum since, the authors note, “A $165,000 loan costs the same as a $65,000 loan.”

PSLF rests on a mistaken premise, namely that graduates won’t want to go into “public service” employment unless the government promises them partial relief from their student loans. The policy operates largely as a subsidy to those who amass a lot of graduate or professional school debt, then work for leftist organizations. Eliminating that subsidy would have made good sense, but that’s not going to happen in the near future; if anything, it may become even more expensive for taxpayers.

Increased loan forgiveness sounds compassionate and no doubt sways some voters, but the cost of imprudent student borrowing doesn’t disappear just because it is absorbed into the ever-growing federal debt.

Income-based repayment and public service loan forgiveness already cost the federal government some $13 billion annually, and the Aim Higher Act will, Delisle and Christensen write, send the cost “further into the stratosphere.”

Assuming that the House passes Aim Higher next year, it is not likely to make it through the Republican Senate—at least not in full. But as Inside Higher Ed writer Andrew Kreighbaum notes in this piece, Senator Lamar Alexander (R-TN), who chairs the Senate committee that handles higher education (Health, Education, Labor, and Pensions), might want to work out a bipartisan bill to reauthorize the Higher Education Act before he has to step down as chairman.

If Senator Alexander wants a bill that can pass, he will have to accommodate the House Democrats, so some of what’s in Aim Higher could be included in a compromise bill.

The first two years of the Trump administration gave us a slight ratcheting down of federal control over higher education, but it appears that we won’t get much more of that.

Can American Higher Education Be Restored?