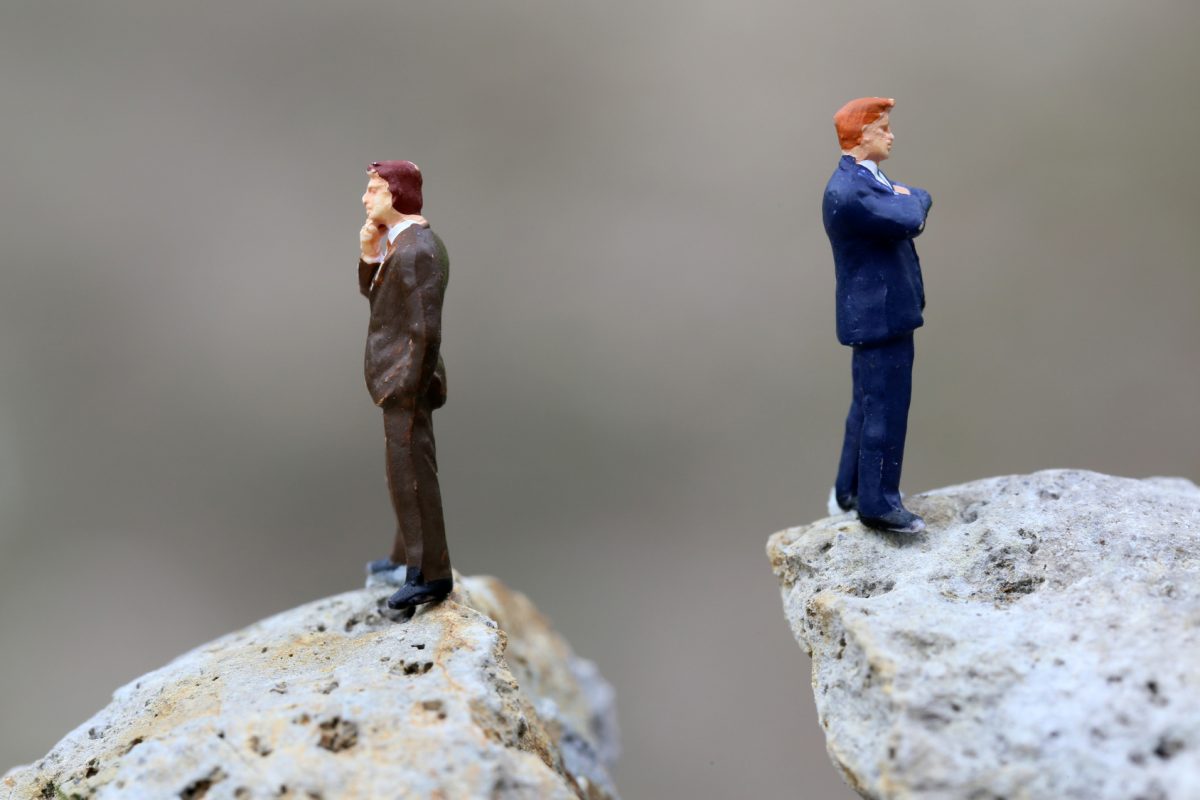 The partnership between America and its colleges and universities is broken. Americans are disappointed with higher education. A majority of Americans (57 percent) now say higher education fails to provide students with good value for the money they and their families spend, according to the Pew Research Center. Universities are equally disappointed with the students they serve. According to the same Pew survey, a majority of college presidents (58 percent) say public high school students arrive at college less prepared than their counterparts of a decade ago.

In a new book, Holden Thorp and Buck Goldstein propose solutions to mend this divide and restore the compact between colleges and universities and the public that supports them. Our Higher Calling: Rebuilding the Partnership between America and Its College & Universities seeks to renew what the authors call “a fundamental compact that has long been at the heart of the American Education System.” Thorp and Goldstein are both higher education veterans. Thorp is a provost and professor of chemistry and medicine at Washington University in St. Louis. Goldstein is a professor of the practice and university entrepreneur in residence in the department of economics at the University of North Carolina at Chapel Hill, where Thorp once served as chancellor.

To save that compact, restoring goodwill between higher education and the public will require a frank talk about the challenges that colleges and universities face.

The “compact,” they explain is, “a partnership wherein colleges and universities support the development of an educated and skilled citizenry and create new knowledge in exchange for stable public investment and a strong degree of autonomy to pursue research without undue external pressure.” They are careful to mention that the idea is not new. It goes back at least to the founding of Harvard College in 1636 and has been revisited and better defined, they say, many times since then. 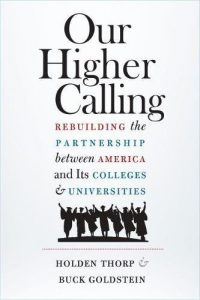 Thorp and Goldstein assert that “viewed from a distance and over the long term” colleges and universities have held up their end of the bargain. The problem is one of perception, not a broken promise, they say. In order to restore the partnership, colleges and universities must tackle a growing number of misconceptions about contributions to society and to graduates’ success.

The authors spend the book’s very short first chapter defending that point, calling American universities “the best in the world.” Among the selling points of American higher ed that they highlight are that the curriculum is anchored in the liberal arts and that research is curiosity-driven, both sound assertions.

Nonetheless, this chapter is the book’s weakest point. It is unlikely to convince skeptics that universities offer the same value they did even a generation ago. It fails to address Americans’ concerns that the relative value of a degree is eroding or that too many graduates are underemployed. Nor does it address the elephant in the room: that many universities have become echo chambers that are either dismissive or outright intolerant of viewpoint diversity. (And that’s just to name a few of the many criticisms that have been leveled against higher ed lately, both on this website and elsewhere.)

Despite this shortcoming, the book succinctly catalogs many of the most important challenges on the horizon and how colleges and universities can respond to them. Thorp and Goldstein rightly point out that the young, wealthy, residential student is no longer the norm on campus; “In fact,” they say, “28 percent of college students have children, 60 percent live off campus, 62 percent work full- or part-time, and 38 percent attend school part-time.” They also acknowledge that many universities have a range of financial problems that put them on unsustainable paths and that universities have failed to meaningfully use technology to improve quality or efficiency in teaching. These new realities are a significant challenge for universities.

Adapting to these new student populations, shoring up funding sources, and using new technology will be essential, they say, to “effectively deliver on public expectations in a way that builds trust and a stronger partnership.” Overall, the authors’ prescriptions for universities to meet these challenges and reaffirm their commitment to the public they serve are wide-ranging and well-considered.

Chief among those prescriptions is to improve governance. Thorp and Goldstein tackle the topic across several chapters, focusing on strategy, faculty, and university leadership. They recognize that universities’ shared governance structure—which operates on consensus—makes it difficult for universities to make hard choices or even decide on the most important priorities. They defend tenure as a necessary bulwark against administrative overreach and reveal why so many of today’s university chancellors behave more like politicians than CEOs.

Universities, they say, must not fall prey to “the curse of execution,” i.e., the urge to “put your head down and continue to do what you have done in the past.” Instead, institutions must adopt a clear strategy:

The choice all academic institutions must face is either to develop strategy based on their unique qualities or to allow another external institution define strategy instead. Taking the first approach and developing an internally generated strategy is worth the effort. Instead of simply working harder to keep up with peer institutions and a rapidly changing external environment, a good strategy functions as a road map that outlines activities that fit and those that should not be followed.

At the end of the book, they offer short directives to all members of the university community— trustees, policymakers, administrators, faculty, faculty, and even students—on how they can contribute to rebuilding the partnership between higher education and the general public. These directives range from “Do Not Micromanage” (to trustees) to “Do Not Ask for New Administration” (to faculty members). Each of these is a useful starting point for specific, actionable solutions to make universities work better. They aim several pieces of advice at students, one of which the Martin Center has advocated for many years:

Critics of higher education should read the book in the spirit it was written, that of building bridges and beginning a conversation about the best way forward for higher education. It is an invitation to participate in an open, democratic, evolutionary process—despite our differences of opinion on how change should be accomplished and what it might look like. Many higher education reformers will probably find the book too optimistic and its vision of higher education too broad or impractical. This is precisely why they should answer the invitation: so that all ideas are included at the table.

Did You Know? Chinese Government Influence at North Carolina Colleges