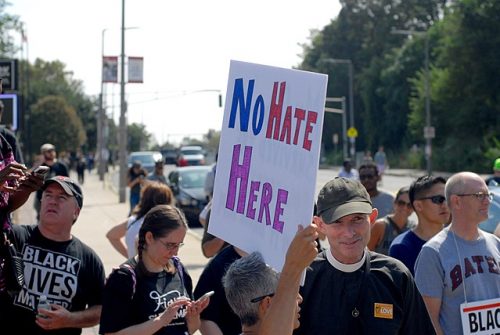 Colleges are using a new tool with the frightening potential to shut down open dialogue. They go by the benign-sounding name of “bias response teams.”

Bias response teams monitor what students and faculty say. They encourage students to report, often anonymously, comments or behavior that make them feel uncomfortable or threatened, even if the speech or conduct is constitutionally protected. Those who are reported can face referral to student conduct administrators or law enforcement, but records on whether or how often punitive action is meted out are elusive. Indeed, colleges are reluctant to share much of the data collected by them.

Campuses have created bias response teams as early as the 1980s, according to an article in the Journal of Student Affairs Research and Practice authored in part by UNC-Charlotte professor Ryan Miller. Arizona State University was among the pioneers, said Adam Steinbaugh, director of the Foundation for Individual Rights in Education’s (FIRE) Individual Rights Defense Program. By 1996, Ohio State University and others increasingly got on board.

And their expansion has been a national issue. Bias response teams operate on at least 231 college campuses in 43 states and the District of Columbia, and the number is growing. Their names and methods might vary somewhat from campus to campus, but their mission is generally the same.

Bias response teams are the counter by higher education to court rulings against campus free speech zones and walls, and speech codes violating the First Amendment. But like those prior methods, bias response teams don’t always embrace the full spectrum of constitutionally protected speech and expression. The teams can have the same chilling effect when colleges and universities try to curb speech in disfavor.

But are they really so bad? In some situations, the university is legally required to address some of the complaints, such as sexual harassment and discrimination. “To a certain extent bias response teams and universities are addressing very real instances of harassment, and of situations where students don’t necessarily know where in the hierarchy of the university they should report concerns,” Steinbaugh said. “The existence of a reporting mechanism is not in itself problematic.”

Unfortunately, using bias response teams to address harassment and other campus issues may present too many threats to free thought and individual rights to justify their existence. Of great concern is just how broadly universities define bias. “We also see a lot of teams that have definitions of bias that are so broad that they sweep up political speech, and that’s subjected to the review of law enforcement and student conduct administrators, which is certainly concerning,” Steinbaugh said.

Pulling from UNC-Asheville’s definition, bias is:

An act of discrimination, harassment, intimidation, violence or criminal offense committed against any person, group or property that appears to be intentional and motivated by prejudice or bias. Such are usually associated with negative feelings and beliefs with respect to others’ race, ethnicity, national origin, religion, gender, gender identity, sexual orientation, age, social class, political affiliation, disability, veteran status, club affiliation or organizational membership.

Such expansive definitions give college officials an opening to deny First Amendment rights.  Particularly if subjective feelings are a standard for improper speech—since feelings can be hurt by facts.

Furthermore, the makeup of the bias response teams can be intimidating. FIRE’s 2017 report revealed that 42 percent of bias response teams include law enforcement members, and 63 percent include student conduct administrators. That might send a message that individuals could be penalized for expressing what college bureaucrats decide is unwelcome speech.

Another problem is that by silencing unwelcome speech, colleges fail to educate their students. “I think that we are hurting them [students],” said Richard Vedder, an economics professor at Ohio University and director of the Center for College Affordability and Productivity. “Life is full of challenges, and by trying to remove these challenges from students, trying to make students feel comfortable all the time, we are depriving them of what some of life’s experiences are about.”

College is the place for students to be challenged by uncomfortable thoughts and ideas, learn how to cope with them, and deal with people different than they are, Vedder said.

Some students, too, are bothered by the existence of these teams. “I feel like people should be able to have freedom of speech with what they say, especially if it’s politics, as long as they’re not harassing other people,” said Jacob Matlock of Fayetteville, a communications student at North Carolina State University who was surprised to learn his university has a Bias Impact Response Team. “I don’t see what the problem is” with expressing lawfully protected speech even if someone reports it as offensive, said exploratory studies student Steven Schutzer, also an NC State freshman from Fayetteville.

One way to partly resolve these issues is to educate bias response team members about free speech rights and the natural limitations of their power.

“By and large we see a lot of teams that do not acknowledge, at least publicly, the First Amendment issues,” Steinbaugh said. Nor do they give assurances they are not punitive by design, he added. “I don’t think that we were able to find any institution that said we provide First Amendment training to the people who are on bias response teams.”

Bias response teams are not yet understood by many administrators as a threat to free speech.

And bias response teams are not yet understood by many administrators as a threat to free speech. The University of North Carolina system Board of Governors’ recently released Report on Free Speech and Free Expression doesn’t even mention bias response teams as an area of concern.

Steinbaugh continued: “When the teams are cognizant of their limitations under the First Amendment it’s more of a happy accident because of the people on them just understanding that role than it is a result of institutional forecasting and anticipating this is going to be a concern.”

In the short term, FIRE and other higher education watchdog organizations project growth in the number of bias response teams. But there is a glimmer of hope for those concerned about the rise of a campus surveillance state, where asking a question in class or making an insensitive comment could be reported to the “speech police” as a bias-laced microaggression.

At the University of Iowa, administrators are not moving forward on creating a bias assessment response team. Georgina Dodge, Iowa’s chief diversity officer, said the university shelved plans to create one in favor of a non-investigatory, non-punitive approach. Why? “There has been a high failure rate in the BARTs at other institutions,” Dodge said.

Other universities might realize that all the supposed good that bias response teams can do isn’t worth restricting the constitutional rights of their students. Instead, administrators could focus on advocating for students to combat protected but offensive speech with more speech—to engage in constructive dialogue. But for now, these teams will likely become a more common sight on college campuses.