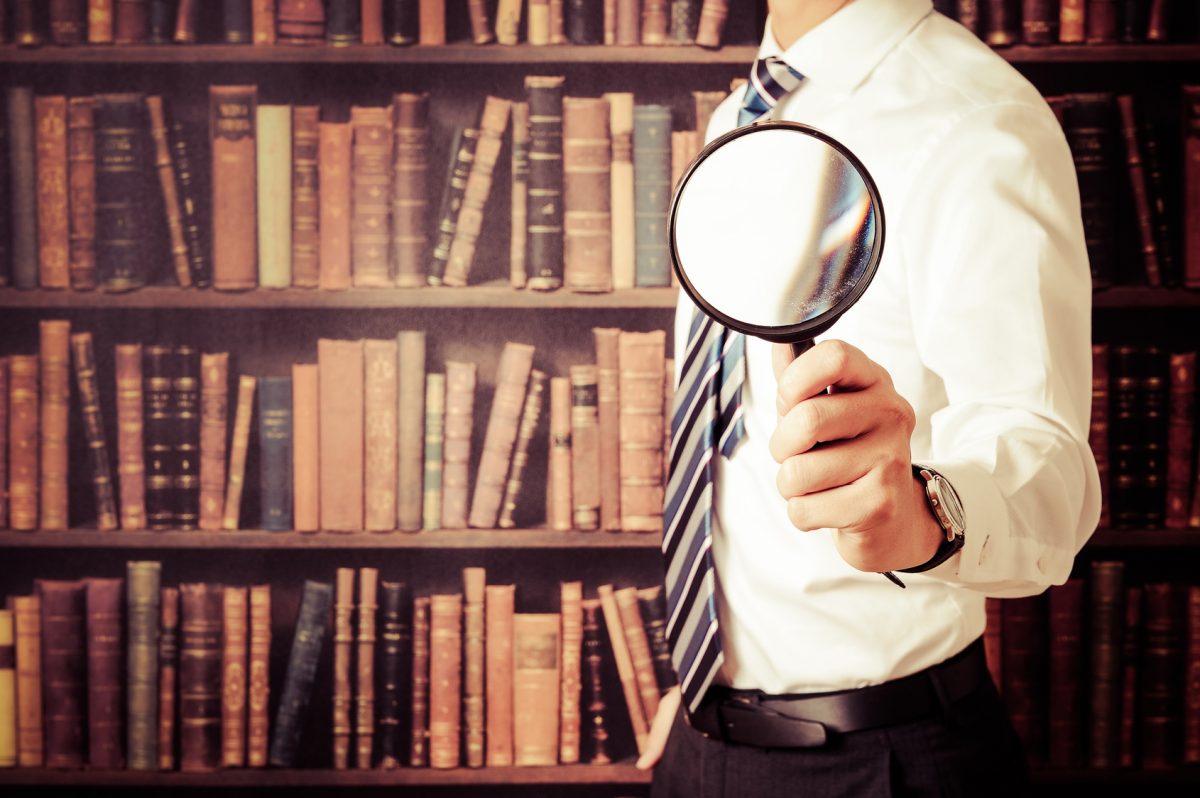 There are lots of people in our higher education system who claim that it is “the envy of the world” and just needs more money to graduate more young Americans with the degrees that are supposedly in great demand. One naysayer who disputes that rosy picture is Professor Warren Treadgold, who teaches history at Saint Louis University. He has just written a book entitled The University We Need that gives readers a decidedly negative assessment of our higher education system.

Something like the mafia’s code of silence—the academic omerta—keeps most professors from speaking unpleasant truths about the system, Treadgold argues, leaving the desperately needed criticism to outsiders who don’t really know what’s going on. He has stepped in to rectify that criticism gap with a book that lands solid punches on every page.

“Universities,” he writes, “have lost interest in teaching great literature and art, empirical knowledge, and critical thinking, which used to be considered the main functions of universities. Instead, our universities want to teach only leftist writings and ideas, most of them very recent, while teaching other writings and ideas only as examples of oppression that should be condemned.”

At very few colleges and universities do students gain anything resembling a coherent education. What they are offered instead is a smorgasbord of mediocre courses, often very narrow in scope (because professors prefer teaching their specialties), taught mostly by faculty who have been molded by the “progressive” and “postmodern” concepts that have smothered most academic disciplines and are gaining ground even in hard fields.

The baneful influence of postmodernism is one of Treadgold’s key targets. It is

almost impossible to combat on its own terms because rejecting the possibility of objective truth allows postmodernists to ignore even the most rigorous arguments and conclusive evidence, and their rejection of “elitism” leads them to deny that any idea is better than any other…Marxists, feminists, and other ideologues ally themselves with postmodernism because all of them judge arguments not only their merits but on ideological grounds.

Students in a wide array of courses imbibe ideas that are hostile to the core of our civilization and they usually figure out that the way to earn high grades is to regurgitate those ideas on cue. Of course, many students are just going through the motions and don’t become dedicated “change agents,” but some do—and in any case, valuable time is wasted on miseducation.

Perhaps we should be glad, in that respect, that many faculty members teach so poorly. Treadgold states that the graduate school coursework that future professors must take does very little to prepare them for the classroom—or, for that matter, for almost any work outside of academia.

He devotes many pages to the problems with American grad schools, beginning with the fact that they churn out far more PhDs than there are jobs for. Rarely do they learn the backbones of their chosen fields since their professors also like to teach narrow courses devoted to their passions. The students will eventually write dissertations that are loaded with acceptable jargon but convey little thinking. Hardly ever are dissertations rejected, since the stream of money flowing into graduate departments would start to dry up if they were critically scrutinized.

Once the students have their PhDs and go looking for academic posts, they encounter a terribly dysfunctional labor market. Because there is no “bottom line” for the senior faculty who make the hiring decisions, they are free to select or reject people according to their whims. Candidates are usually more likely to be considered if they have done “fashionable but fallacious work” rather than solid, careful work. Truly excellent scholars tend to actually be at a disadvantage because they might soon eclipse existing department members; it’s safer to hire someone who looks all right but doesn’t seem likely to outshine any of the current stars.

Outstanding prospects are often brushed aside with comments like, “She wouldn’t really be a good fit here.” Also, a supposed lack of “collegiality” dooms many seeking tenure-track positions. What that really means, Treadgold says, is that the individual holds some ideas that clash with the cherished beliefs of the decisionmakers. The main reason why the faculty at most of our colleges and universities is mediocre to lousy is the petty, self-serving nature of the hiring process.

And once hired, faculty members don’t have to work very hard to educate students. Treadgold writes:

To judge from the complaints I receive from students who never go to class and never learn the material but expect not just passing grades but good ones, many professors give good grades for little or no work. Many students also express surprise that I never give multiple-choice or true-false tests or that I “line-edit” their papers, correcting spelling, grammar, infelicities of expression, and minor factual errors. Evidently, many professors give multiple-choice tests and neither correct papers nor in some cases even comment on them.

School administrators have to pretend to care about whether the faculty is teaching well, but they rely mainly on an exceptionally poor means of gauging that, namely student evaluations. The way to get good evaluations is to befriend the students by telling plenty of jokes, talking about sports, inviting them over for a dinner, and so on. Per contra, professors who teach rigorous courses and uphold high standards are walking on thin ice, as many students regard that as a violation of their rights as consumers.

In sum, Treadgold paints a depressing picture of a higher education system that costs far too much and accomplishes remarkably little except to provide easy employment for many people. What can we do about it? He advances several interesting ideas for legislation.

First, he suggests that Congress establish two national boards: A Dissertation Review Board (DRB) and an Academic Honesty Board (AHB).

The purpose of the DRB would be to cull from the herd of PhD candidates those (many) who propose dissertations that appear to be of low academic worth. It wouldn’t have authority to prevent any dissertation from going forward, but Treadgold writes that its evaluations would attract national interest and thereby encourage graduate departments to stop flooding the country with college job seekers who have scant academic talent and miserable job prospects.

In sum, Treadgold paints a depressing picture of a higher education system that costs far too much and accomplishes remarkably little except to provide easy employment for many people.

The AHB would investigate allegations of dishonesty in academic writings. Treadgold believes that such dishonesty (plagiarism and fraud mostly) is sufficiently widespread to warrant federal oversight. The AHB “would be particularly likely to find plagiarism or fraud in the work of PhDs and professors who care less about scholarship than about ideology or deny the existence of objective truth,” he writes.

Treadgold’s biggest suggestion comes last. He wants to see a new university started, one that would seek to rival the most elite of our universities by focusing on academic excellence without the usual progressive/postmodern overlay and without unnecessary expenses on needless administrators and big-time sports. That is, as his title says, the university we need.

Among the most prestigious American universities, the most recently founded was Stanford in 1891. It cost Leland Stanford $20 million, but, Treadgold notes, his wealth wouldn’t even put him in the Forbes 400 today. There are quite a few extremely wealthy donors who could fund this new university (with a billion dollars or so) if they were convinced it would be worthwhile. He means to persuade them it would be.

The big point of this new university would be to become “the very best according to traditional criteria.” Professors would be notable scholars who actually want to teach undergrads—and would be well-paid for doing so. The university’s curriculum would center on a core consisting of well-conceived survey courses, avoiding the “distribution requirements” approach that had done so much harm.

While this university would respect all cultures, it would “recognize that America is a part of Western civilization,” and “openly prefer democracy, free speech, and freedom of religion.” It shouldn’t be avowedly conservative, but must “discourage postmodernism, deconstructionism, and other relativistic doctrines that insist that nothing is objectively true and everything is an instrument of power.”

Crucially, the new university’s students would not be chosen just on the basis of grades and standardized test scores, and certainly not because they help fill some implicit group quota. Rather, the crucial element in the admission process would be an interview with admissions officers who would try to determine whether the student really wants to learn what the school teaches. Filtering out the huge number of students who just want college to be fun would ensure that the new university would actually be a community of scholars. “The goal,” Treadgold writes, should be to select “those most eager and best prepared to receive an excellent education.”

There’s just one important point he leaves out: Would the new university accept federal money? I would say that it must not in order to stay away from federal meddling. Students who want that excellent education but can’t afford the expense should receive private financial assistance.

Is this a good idea? I’m convinced it is and hope that some very rich person grabs it.