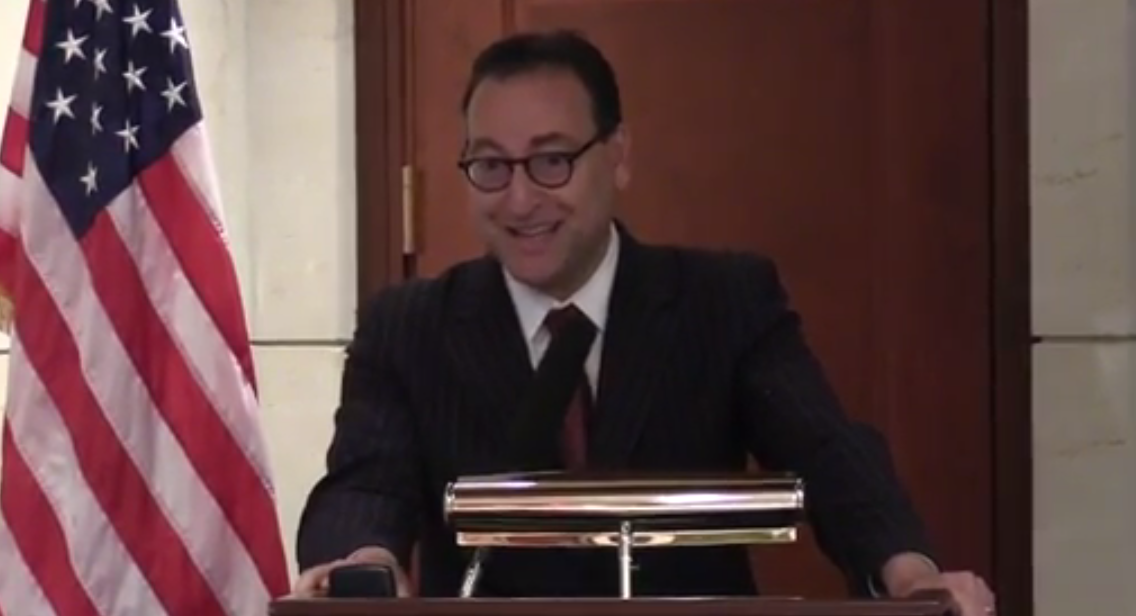 Last month, the Senate voted to confirm Kenneth L. Marcus as assistant secretary for civil rights in the Department of Education. The vote was 50-46, with not one Democrat supporting him—a point I will return to presently. In that position, he will head up the Department’s Office for Civil Rights (OCR).

This is the second time Marcus has held the post since he was “delegated the authority” to run OCR during the administration of George W. Bush.

During his career, Marcus, a University of California-trained lawyer, has also served as staff director of the United States Commission on Civil Rights and in 2011 founded the Brandeis Center for Human Rights Under Law. He has written about the problem of anti-Semitism, most recently a book entitled The Definition of Anti-Semitism.

Since Marcus clearly is well-qualified for the job, why the party line vote? Why were no Democrats willing to vote in favor of him?

The short answer is that Marcus does not hold with either the procedural or the substantive idea that the Democratic Party has embraced for the transformation of American education. Let’s look first at procedure.

During the Obama administration, the OCR came under the control of appointed officials who, like the president, were eager to shape education policy in line with their views. Their problem was the fact that executive departments are not given a free hand to write or rewrite the law. Under the Administrative Procedure Act (APA), whenever a federal agency wants to revise or update existing law, it must follow a deliberately time-consuming path of first giving public notice of intended rule-making, then allowing public comment on proposed rules, and finally formally adopting whatever new rule emerged after notice and comment.

That process did not fit in with the “progressive” mindset of the Obama Education Department, so officials used a work-around—the infamous Dear Colleague Letters that let officials impose new rules immediately. For example, the Department’s new approach to Title IX cases should have gone through APA procedures, but because that would have taken years and aroused opposition, it was simply declared to be the law in a Dear Colleague Letter, followed up with threats of costly investigations and possible loss of federal funds if colleges and universities failed to comply.

Marcus has criticized that approach as illegal and said in his confirmation hearing that he would not employ it.

But more significant than his commitment to the rule of law in the eyes of his detractors are his substantive policy beliefs that run contrary to their ideas.

One such view is Marcus’s opposition to letting “disparate impact” theorizing drive policy. During the Obama era, one of OCR’s big moves was to demand that public schools rectify what they saw as the injustice of racially disproportionate discipline, namely that a much higher percentage of African-American students were being disciplined than students from other racial groups. If schools wanted to stay out of trouble with the Department, they would have to greatly reduce or eliminate racial disparities in student punishment.

Long before that policy was declared, Marcus had expressed his opposition to making government policy (of any kind, not just educational) on disparate impact grounds. In a 2009 article he wrote for the Cato Supreme Court Review, “The War Between Disparate Impact and Equal Protection,” he explained, “Allocation of public benefits must be made on an individual basis, rather than on the basis of racial group membership.”

Similarly, the allocation of school discipline should be a matter decided on an individual basis, not to satisfy group quotas. While making policy that appears “fair” to groups has become an item of faith among some Democrats, Marcus finds it unfair and unconstitutional.

A recent paper on this question strongly supports his position. In their paper “The Department of Education’s Obama-Era Initiative on Racial Disparities in School Discipline: Wrong for Students and Teachers, Wrong on the Law,” Gail Heriot and Alison Somin argue that the proportional discipline is fatally flawed. For one thing, it overlooks the facts that white students are disciplined more frequently than are Asians and that male students are disciplined more frequently than are females, but the Department only chose to focus on a single group—African Americans.

Furthermore, the authors show, this policy has actually been counter-productive since the main victims of school disorder and violence are African-American students who want to learn.

Look for a reversal of the Department’s ill-conceived proportional discipline mandate under Marcus, and no more disparate impact policies of any kind.

Another reason why Democrats opposed Marcus is his opposition to the rising tide of hostility on our campuses toward Israel and Jewish students. He has stated that he finds it deeply concerning that attacks on Jewish students have been “largely ignored” and we should expect OCR to start responding to such attacks as, indeed, civil rights violations. But lest anyone think that Marcus has a personal ax to grind here, while working in the Bush administration, he condemned prejudice toward Arab, Muslim, Sikh, and Christian students in this Dear Colleague Letter.

Voicing his support for Marcus, history professor K.C. Johnson (whose excellent book on the abuses of Title IX, The Campus Rape Frenzy, coauthored with Stuart Taylor, Jr. is essential reading) said, “Quite apart from Title IX, his work on campus anti-Semitism is badly needed in the current environment.” Some Democrats and their political allies have come to regard support for Palestinians against Israel as a litmus test. Marcus fails it and thus engenders their opposition.

Finally, Marcus is an opponent of racial preferences, another issue where some Democrats tolerate no difference of opinion. The Brandeis Center weighed in on the Fisher case with an amicus brief supporting the plaintiff and arguing that the University of Texas’s admission policy violated the rights of non-preferred students to equal protection under the law.

Admission to the Nation’s top universities and colleges is a zero-sum prospect. As aspiring applicants capable of graduating from these institutions outnumber available seats, the utilization of race as a “plus factor” for some inexorably applies race as a “minus factor” against those on the other side of the equation.

It argues especially that Asian students are discriminated against through the use of pretexts that are virtually the same as those that prestige universities used to employ in order to avoid becoming “too Jewish.”

And on July 3, Marcus (along with acting assistant attorney general John Gore) issued a bulletin announcing that their respective departments were withdrawing seven “guidance” documents published during the Obama years—documents that encouraged schools to use racial preferences. The reason why those documents are being withdrawn is that in the view of the Departments of Justice and Education they “advocate policy preferences and policies beyond the requirements of the Constitution and Articles IV and VI (of the 1964 Civil Rights Act).” In other words, Marcus has ended the federal push for racial preferences.

Roger Clegg, general counsel of the Center for Equal Opportunity, expressed his support for this Education/Justice move here, writing, “The federal government should not be encouraging schools to do as much of this (racial discrimination) as they can get away with.” He’s right.

In short, Ken Marcus brings to OCR a commitment to the rule of law and individual rights rather than bureaucratic fiat and group entitlements. That represents a sea change from the OCR under Obama.