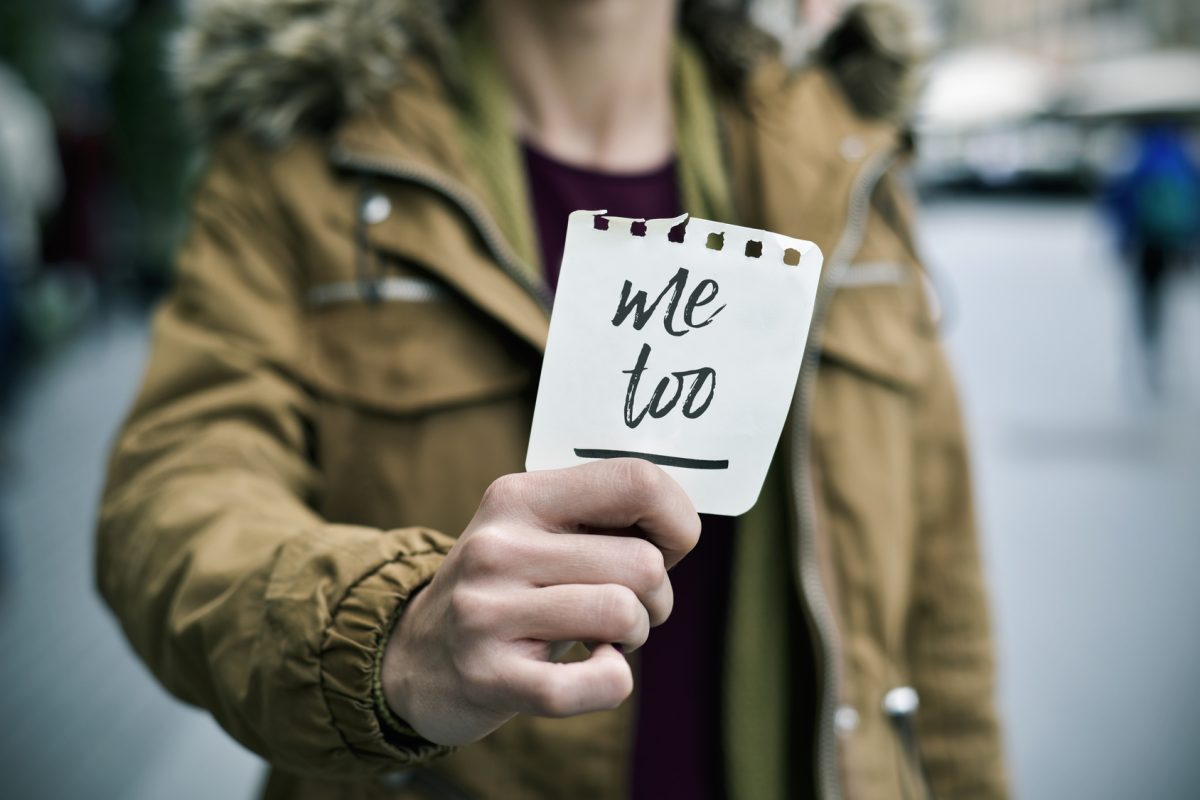 The #MeToo movement began with accusations against movie mogul Harvey Weinstein but rapidly became a rallying call for women everywhere to tell their own stories of sexual harassment. #MeToo has touched upon professional sports to K-12 education; from politics to theatre. Unsurprisingly, its presence is being felt on campus too.

Universities have long been concerned with an alleged rape culture and #MeToo adds further fuel to existing campaigns—but at what cost to higher education and students’ lives?

Many argue that #MeToo has provided a much-needed check on Hollywood’s sexist exploitation of women and has shone a useful light on the issue of sexual harassment in the workplace. The burgeoning movement has grown to encompass a wide range of behaviors from rape and sexual assault to unwanted hugs and clumsy seductions. Campaigners say offenses against women are on a continuum: the unwanted hug legitimizes men’s entitlement to women’s bodies and therefore rape. But this argument serves to trivialize the most serious crimes as equivalent moral outrage is dispensed for both misconstrued affection and serious criminal offenses.

What is more, we appear to be jettisoning long-established principles of justice as men have been found guilty in the court of social media and lost reputation and livelihood before they have had any formal opportunity to defend themselves. Casey Affleck, Kevin Spacey, Ed Westwick, and Michael Douglas are just a few from a long list of high-profile figures publicly accused and besmirched without yet having been tried in a court of law. Women, meanwhile, become seen as victims, better known for having suffered and endured than for what they have achieved.

The #MeToo movement has received less publicity on campus than in other walks of life because, here at least, it represents little that is new. Although Title IX legislation is now being rolled back, it paved the way for kangaroo courts where male students could be tried, found guilty, and lose their college place without a proper opportunity to defend themselves. As Robby Soave has argued at Reason, if Aziz Ansari had been a college student he would have been expelled for less. Where #MeToo now treads, colleges have cut a well-worn path.

But #MeToo is certainly making its presence felt. Sadly, as the Foundation for Individual Rights in Education has highlighted, campaigns to have commencement speakers “disinvited” have become a regular occurrence.

Recently, for instance, Wesleyan University students campaigned against alumnus Daniel Handler, the children’s author who writes under the name Lemony Snicket, delivering this year’s address. Protesters argued it was not for the institution to honor Handler after the #MeToo movement had drawn renewed attention to allegations that he has a history of making sexist and demeaning comments to women. (Wesleyan has announced that Handler will be replaced by the more politically correct Anita Hill.)

The #MeToo movement has emboldened student and faculty activists to go further in rooting out men accused of sexual harassment. In the world of journalism, a now notorious list of “shitty media men,” a database naming men anonymously accused of offenses from “rape to creepy comments” has received much publicity.

Now academia has its own “shitty men list” with over 2,000 incidents logged anonymously. Begun by former anthropology professor Karen Kelsky, this list does not explicitly name those accused but instead focuses on specific incidents and institutions. The aim is for the cumulative impact of the listed accounts to make apparent the scale of sexual harassment on campus.

A similar initiative is underway in the United Kingdom. The University of Cambridge has formalized the anonymous reporting of sexual assault. There is clearly potential for this system to be abused but presumably, any injustices are considered inconsequential in the pursuit of the greater good. The system is premised on the assumption that sexual assault is underreported and women making accusations must always be believed. Perhaps unsurprisingly, there was a large spike in reports following an awareness campaign designed to promote the reporting mechanism.

This trend toward public shaming rides roughshod over due process and can lead to the targeting of individuals.

Lists like these raise problems. Students at Middlebury College have been anonymously naming those accused of sexual assault. They have taken to social media with their allegations, arguing that official channels of reporting were ineffective. One student used Facebook to name more than 30 men alleged to have committed rape, emotional abuse, or “emotional manipulation.” Those names were put in the public domain without the permission of either accuser or accused.

This trend toward public shaming rides roughshod over due process and can lead to the targeting of individuals. For example, Ron Langrell, the president of Bates Technical College in Washington state, is facing a “disciplinary directive” following reports that he had engaged in unwanted hugging and other behavior that was unsettling to many female employees.

False allegations can destroy reputations and careers—and such charges are not just brought against men. Sociology Professor Pamela Smock found herself targeted by campus police after a graduate student she had been working closely with filed a complaint against her under Title IX. Smock was accused of “creating a sexually hostile work environment”—a charge for which she was cleared—yet the University of Michigan still found her behavior “inappropriate.” As a consequence, Smock has had her salary frozen and is prevented from serving as primary adviser to doctoral students for at least three years. In order to protest her innocence, Smock has had to resort to filing a lawsuit against her university.  “This really derailed my career,” Smock has said, I don’t want this to happen to anyone else.”

List-gathering and public accusations add to the impression that sexual harassment is rife on campus. Anecdotes and dodgy, easily debunked statistics add to the college “rape culture myth.” Professor Christina Hoff Sommers observes, “It appears that we are in the throes of one of those panics where paranoia, censorship, and false accusations flourish—and otherwise sensible people abandon their critical faculties.”

This panic about rape has a real impact on students’ lives and relationships. Antioch College pioneered an affirmative sexual consent policy which has since been widely adopted and lessons in consent are now a routine part of college life. Education about consent is now a routine at many schools. At Antioch, the discussion of consent is now moving beyond sex and friends are encouraged to ask permission before giving hugs. The freedom to negotiate relationships for yourself, to be spontaneous and relaxed, is, it seems, something Antioch’s students are happy to sacrifice in favor of policing one another’s behavior.

Sexual harassment and rape are criminal offenses and need to be dealt with seriously and appropriately. However, this is not the aim of #MeToo on campus.

What we have is a campaign that sacrifices the rights of the falsely accused in order to promote a narrative that women are victims and men are perpetrators of abuse. The upshot is that, on campus, all interactions between men and women come to be seen as inherently problematic. That does neither men nor women any favors.

Individual men risk losing their reputation and livelihood, but women as a whole risk losing hard-won freedoms. The days of chaperones, curfews, and single-sex dorms are not that far behind us. Whereas a previous generation of feminists fought against these restrictions, today’s campus activists call for increased regimentation and dubious protections. This is a hollow victory for women.

Joanna Williams is the author of Women vs Feminism: Why We All Need Liberating from the Gender Wars.

When the #MeToo Movement Hits Campuses

How Colleges Themselves Bring About Racial Protests