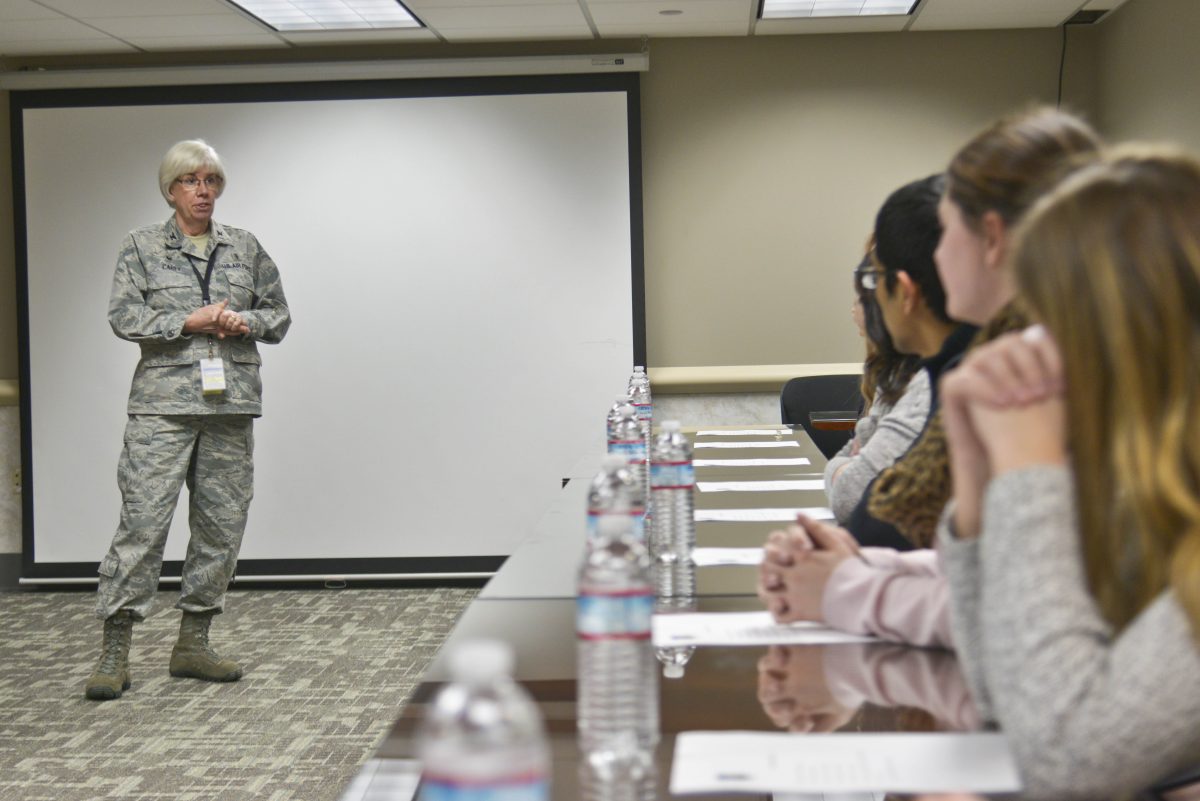 Drone pilots have assumed an increasingly valuable role in military operations. Soon they may be able to leverage their unique experience into academic credits through the North Carolina Community College System.

That is just one among a multitude of military occupations and training modules for which the UNC System and Community College System might one day award credits to smooth the time-and-money path for veterans and active-duty service members to earn degrees. It is not just a good idea in a state with a large military population to recognize real-world attainment as academic credit transfers—it is also the law.

The North Carolina General Assembly unanimously passed Senate Bill 761 in 2014 directing the community college and university systems to develop a uniform system for awarding course credits based on military occupational and aptitude skills. “I feel that all that training that the government has taken the time to put you through, and that you’ve tested for, you should get credit for that because you’re actually working in that job in the military,” said state Sen. Wesley Meredith, R-Cumberland, primary sponsor of S.B. 761 and who was a sergeant in the 82nd Airborne at Fort Bragg.

Compliance with the new law has not happened with a snap of the fingers, however; there are many procedural hurdles to surmount. Susan Barbitta, associate director of special projects at the Community College System, and Chuck Gross, director for prior learning assessment and military credit with UNC General Administration, say they have made important foundational steps to comply with the legislation.

But they admit the process is bedeviled by challenges, not the least of which is cost. The legislation is an unfunded mandate. Complex technical issues of incompatible computer programs and recording methods must be hurdled. Software programs must be developed for tracking military students and the number of credits awarded. There are challenges evaluating military training to determine if it is comparable coursework meriting academic credits.

But there are successes, and Western Carolina University might hold the shining star.

“If you were to ask me what’s the most well-articulated program that I know of in the system [it would be] for the Special Forces medics who enroll at Western Carolina,” Gross said. The university has an agreement with Fort Bragg, and the Army medics are awarded more than 50 credit hours for their work in medicine, humanities, foreign language, and other training.

ACE evaluates military programs for creditworthiness by sending out teams of higher education faculty throughout the country to do hands-on site visits to military facilities and observe the training. North Carolina’s education systems are among those where faculty volunteers periodically evaluate the recommendations in their subject areas to determine which they should adopt, and at what level.

Gross said the process of choosing which military credits to add to North Carolina colleges and universities must be faculty driven to comply with standards of the Southern Association of Colleges and Schools, which accredits North Carolina higher education institutions. Faculty use the same evaluation principles when considering ACE recommendations as they apply to their own courses to ensure they meet equivalency standards.

Barbitta said many of the community college system’s 15 academic panels reviewing the ACE recommendations choose not to issue credits above ACE allotments. The number of military credits that could transfer to North Carolina systems would not necessarily increase if the state required all Military Guide recommendations to be included, Barbitta said. That is because some do not align with degree courses in the state, some courses have lower credit values than are required at North Carolina institutions, and some would not help students meet degree requirements.

Despite the mandate under S.B. 761 to create a more uniform structure of awarding credits, lawmakers did not require universities or community colleges to track the number of military credits awarded or break that number down to individual students. Neither North Carolina higher education system has aggregated the number of military personnel enrolled or counted the total number of students receiving military credits.

Since the UNC System started working with S.B. 761 up through mid-February, it issued 3,851 individual credit hours across 63 individual military occupations, Gross said. “That number will go up significantly” after he calculates the credit recommendations from the most recent faculty review, he said.

Compliance with the new law has not happened with a snap of the fingers, however; there are many procedural hurdles to surmount.

So how well is North Carolina performing at making the transition to a more military-friendly articulation system?

Relatively speaking, it is hard to find out. Spires said ACE does not have a measurement system to rank individual states’ performance. “It’s a challenging trend across the country” to design systems with appropriate metrics for tracking data, Spires said. That does not mean that no college has created a strong tracking system, however. Fayetteville Technical Community College has a good model, Spires said. That’s likely because of its proximity to Fort Bragg, and the high number of active-duty soldiers who receive tuition assistance dollars as military benefits.

Barbitta said UNC-Greensboro has also designed a system that tracks military credits by individual. That enables compilation of longitudinal data for nursing students. “We’re anxious to be able to track like that as well” to ensure military students are acclimating and succeeding, she said. “We don’t really feel like we have a very accurate picture” because listing military service has been optional. “We will be remedying that situation moving forward” to fill in the blanks, even though S.B. 761 doesn’t require it, Barbitta said.

She hopes a recommendation would be made sometime in 2018 to the State Board of Community Colleges and member institutions on how to uniformly record the data for tracking purposes. That likely will include an automated computer program with a military section that allows the user to click on buttons to input military occupations and courses. The screen would then show which institutions would accept those military credits.

“So they will be able to tell right away, ‘If I’m interested in aviation, if I go to Guilford Tech I can get 20 or 30 credits towards my degree. I can’t get that if I go to Wake Tech because they don’t have an aviation program,’” Barbitta said.

Those working toward better military and college integration have high hopes. “I’m excited about what we’re doing. We have a great partnership with the community colleges. Our people work well with their people, and we’re in this thing together,” Gross said. “Senior folks at both levels are very much behind this and supportive. It’s fun work to do, and it’s a challenge.”