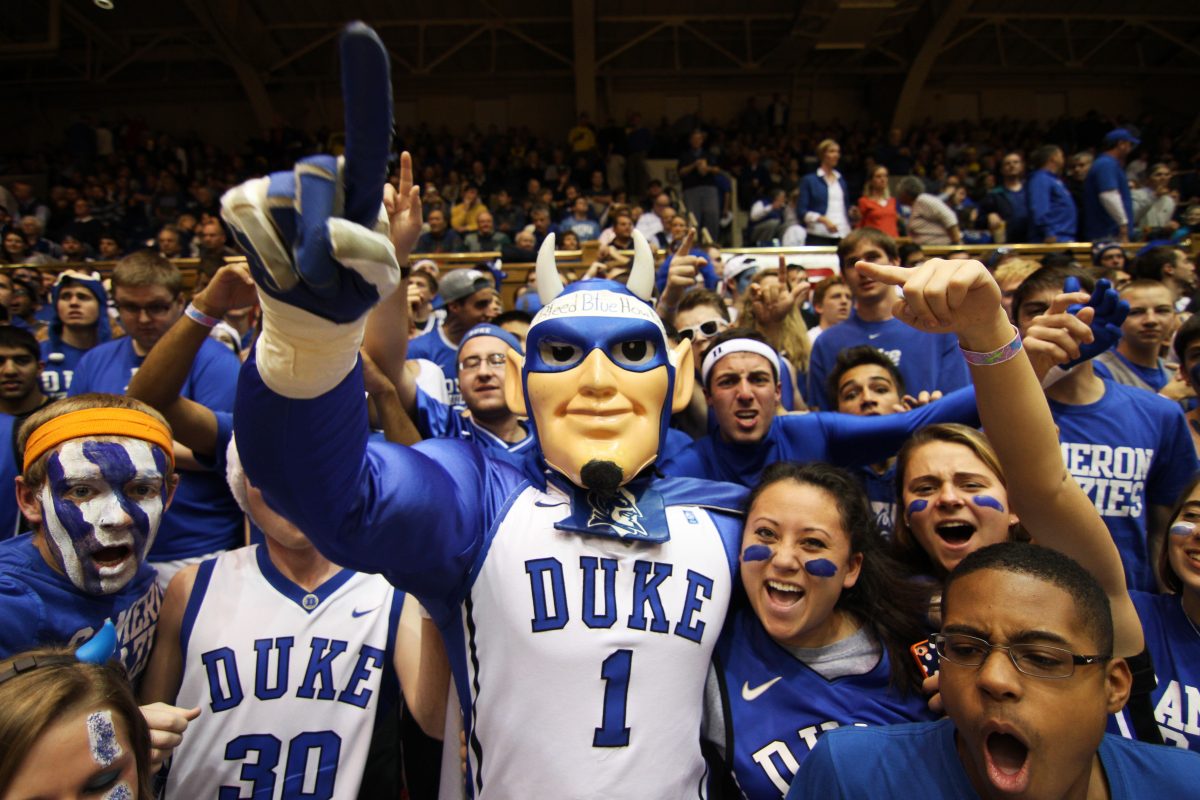 Over Thanksgiving break, when most students headed home for the holiday to catch up on sleep and maybe some homework, NC State’s basketball team traveled to the Bahamas. They were there to participate in the seventh annual Bad Boy Mowers Battle 4 Atlantis tournament along with seven other American teams. By the end of the three-day tournament, the Wolfpack players looked exhausted and had little to show for their efforts—they lost two of their three games.

The same can be said for most non-conference sports travel. It’s expensive, exhausting, and boasts few benefits to students or universities. The amount of travel required of students demands so much of their time that it may even harm their academic success.

Take the Duke Men’s basketball team for example. By the end of the 2017-2018 regular season, the team will have played 15 away games, 12 outside of North Carolina. Three of the games took place during the Thanksgiving weekend Phil Knight Invitational in Portland, Oregon—over 2,000 miles from Duke’s home court in Durham, North Carolina. Duke will travel again after the season ends for the ACC tournament in Brooklyn, New York and (most likely) the NCAA tournament in San Antonio, Texas.

Those trips are in addition to grueling practice schedules. Officially, the NCAA allows students to spend a maximum of 20 hours per week on practice. But many students report spending double that amount of time on the court or in workouts that are “voluntary” in name only.

The Growth, Opportunities, Aspirations and Learning of Students in College (GOALS) study, conducted by the NCAA in 2015, details the problem. In the study, Division I men’s basketball players reported spending 34 hours per week on athletics. FBS football players reported spending 42 hours per week on athletic activities—a full-time job. Two-thirds of Division I and II students said they spend as much or more time on athletics during the off-season as during their competitive season.

Most students surveyed were happy with those time commitments. And some students reported wanting to spend even more time in practice and organized off-season workouts.

The increasing number of “one-and-done” players in college basketball is a vivid demonstration of athletics crowding out education. The NBA broke its record for the most freshmen selected in the first round of the draft this year, taking 14 one-and-done players in June.

Despite the tension between athletic and academic commitments, student-athletes’ priorities did not include more studying time. Instead, they reported wanting to devote more time to family, work, and relaxation. Nearly two-thirds of men and three-quarters of women expressed a preference for more opportunities to visit home and family. Half of Division II and III women expressed a preference to spend more time at a job. Sixty-six percent of Division I male athletes said they preferred more time to simply relax by themselves.

But this issue does not just affect student-athletes: expensive athletic travel also drains university budgets. “Game day expenses” and travel make up between 10 and 12 percent of athletic expenditures at Division I schools. The University of North Carolina at Chapel Hill’s 2013-2014 Intercollegiate Athletics Report reveals that game day expenses for football and men’s basketball alone are nearly $5 million per year. Tickets to the Bahamas aren’t cheap.

At a school like Carolina, where the basketball and football teams are “in the black,” 10 to 12 percent may not seem like much. But a recent NCAA report showed that only a bare majority of schools have profitable teams; just over half of Division I football and men’s basketball programs reported net generated revenues for each of the nine years from 2004 to 2013.

When all sports are included, it’s clear that student fees are the only thing keeping athletics budget solvent. In the UNC system, for example, subsidies from student fees range from 9.5 percent of the total athletics budget at NC State to 81 percent at UNC Greensboro. NC Central University had an annual student athletic fee of roughly $750 in 2014. Four years of student fees, $3,000, very nearly equals an entire year’s tuition—no mean additional expense for the many low-income students enrolled there.

To justify the expenses, sports enthusiasts claim there are intangible benefits to early-season tournaments and non-conference travel. Early games can help athletes prepare for more competitive conference play. Tournaments are often held to raise money for charity. And quality wins over non-conference opponents can help with seeding in post-season tournaments. Administrators and college officials also defend it as raising a school’s national profile.

But those benefits aren’t enough to justify the additional cost to schools and athletes that diverts funds away from academic uses. Even the NCAA seems to be aware of the problems and has taken one small step in the right direction.

In January 2012, the NCAA froze the number of contests in all sports, but more reform is needed. In its 2010 report, “Restoring the Balance: Dollars, Values, and the Future of College Sports,” the Knight Commission on Intercollegiate Athletics recommended that the NCAA:

Reduce length of seasons and number of events. Ever-lengthening sports seasons have a corrosive effect on student-athletes’ ability to focus on academics and also drive up costs substantially. Yet the pressure to extend the competitive season continues unabated. We believe the length of seasons must be curtailed, both by reducing the number of regular season games or competitions and by eliminating or reducing nontraditional seasons, such as fall baseball. We note that the majority of presidents supported these concepts in the 2009 Knight Commission presidential survey, as did the Division I-A Athletic Directors Association.

To some extent, student-athletes share those concerns. More than 44,000 student-athletes responded to the 2016 NCAA Division I Time Demands Survey. Many said they wanted more time off after travel and mandatory eight-hour rest periods overnight between required practice or competition activities. (In the existing NCAA rules, travel time can be counted as days off.) They also wanted more athletics-related activities to count towards the 20 hour NCAA maximum, including “voluntary” workouts and practice preparation.

In short, student-athletes would like more time to act like students, instead of professional sports stars. More time to visit family, socialize, relax, work, and maybe even hit the books.

College athletics has myriad problems. Chief among them is that it is a serious distraction from academic activity. Limiting athletic travel and shortening the athletic season would be a small step toward restoring the balance on campus.