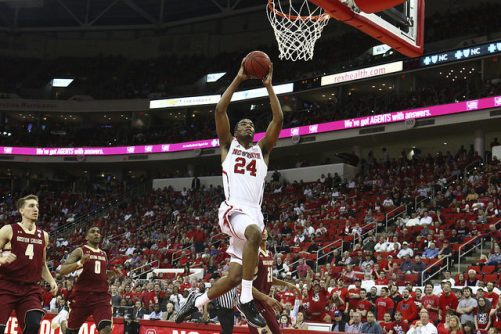 Athletes need a good night’s sleep to maximize their performance. But that doesn’t explain why NC State’s proposed new dormitory for basketball players will cost roughly four times as much per bed than other campus living quarters do.

It seems pretty clear that the dormitory is due to NC State’s participation in the ever-escalating arms race to attract top athletic talent in the revenue-producing sports of football and basketball. Luxury accommodations and lavish perks appear to be the minimum required to draw athletes capable of winning championships and bringing in big TV revenue from bowl games and March Madness playoffs.

The dormitory story began in 2015. NC State’s athletic director, Debbie Yow, wanted to build a new residence hall for the school’s basketball players, following the examples of the Universities of Kansas and Kentucky. Those schools, whose basketball programs are among the most successful in the country, built multi-million-dollar dorms specifically for basketball players. The University of Kentucky spent $7.9 million and the University of Kansas spent $12 million for upscale dorms for student-athletes, which were stocked with theaters, private chefs, a barber shop, and other amenities.

Obviously, the two schools were attempting to sway athletes with perks to attend their schools in order to bolster their athletic programs. NC State’s administration has long sought to rise to the upper echelon in college athletics, and to do so requires top talent. So plans were made for the new basketball dormitory, to be known as Case Commons Residence Hall.

In order to move forward with the Case Commons project, NC State had to gain approval from the UNC System’s Board of Governors. There was some opposition; three dissenting members of the Board of Governors voted against the project. During the meeting at which the project was approved, one of the dissenters, Marty Kotis, said that the construction was simply too expensive to justify. Kotis, a real estate developer, stated that “I think most families out there would view four students being housed for a million dollars as an extravagant amount.”

Despite those board members’ resistance, NC State received approval to move forward with the plan from both the Board of Governors and the state legislature.

But construction did not proceed as planned. It was halted until after a new basketball coach was hired. Fred Demarest, NC State’s associate athletic director, said the school’s leadership wanted to wait for the new coach’s input on the project. Instead of breaking ground in spring of 2017, construction is now planned to start sometime in 2018, with an estimated completion time of the following summer.

Reasons why NC State supposedly needs such lavish housing include Yow’s explanation that having all the basketball players in one location will provide security with “limited access from outside parties.” This is a reference to a previous incident in which an “agent-type” violated an NCAA rule in 2011 by giving $1,100 to a player’s family while visiting him in off-campus housing.

The executive director of NC State’s Wolfpack Club, Bobby Purcell, argued that Case Commons dormitory will promote the academic endeavors of student-athletes. To further this aim, the residence hall will be positioned in the heart of campus next to Case Academic Center and a dining hall, which are both designated specifically for student-athletes.

NC State’s deputy athletics director, Chris Boyer, affirmed that school officials are intent on promoting academic success for student-athletes by positioning the housing next to the student-athlete tutoring office and moving the players onto campus in order to avoid them living off campus.

Some observers of higher education suggest that alumni donations for sports reduce giving for academics.(Boyer did not, however, deny that the new housing complex would be helpful in recruiting student-athletes.)

Perhaps the most obvious argument against Case Commons Residence Hall is its hefty price tag. The building is projected to cost about $15 million, which brings the price-per-bed to roughly $230,000. The average for State’s other dorms is between $50,000-70,000—roughly one-fourth as much. (The University of Kentucky’s new athletic dorms came in at $250,000 per bed, and the University of Kansas’s cost an even pricier $305,000 per bed.)

However, the cost objection can be easily rebutted. It will be funded privately by the Wolfpack Club. The Wolfpack Club is a nonprofit organization that is dedicated to funding athletic scholarships and facilities; the money to pay for the dormitory will not come from either state appropriations or student tuition and fees.

Still, there are questions whether the $15 million in donations could be better used for other purposes. This sentiment was expressed by the school’s then-chief financial officer, Charles Leffler. He wondered whether this would leave possible future athletic projects underfunded.

And some observers of higher education suggest that alumni donations for sports reduce giving for academics. If NC State’s goal is legitimately to further the academics of its students, there are many better ways to use this money.

Even if concerns about the cost of the dormitory can be dismissed, there is perhaps a more important objection: NC State’s athletic department is advocating special treatment for their student-athletes that mocks the school’s most fundamental commitment to academics. It is difficult to see how academics are enhanced by favoring student-athletes with extravagant residence halls. The motives of the university in building this dorm appear to be at odds with promoting academic pursuits over athletic activities. As the Board of Governor’s Marty Kotis argued, while building a showy residence hall to attract basketball players does not overtly break NCAA rules, it flagrantly breaks the spirit of them.

How Comfortable Do Conservatives Feel on Campus?