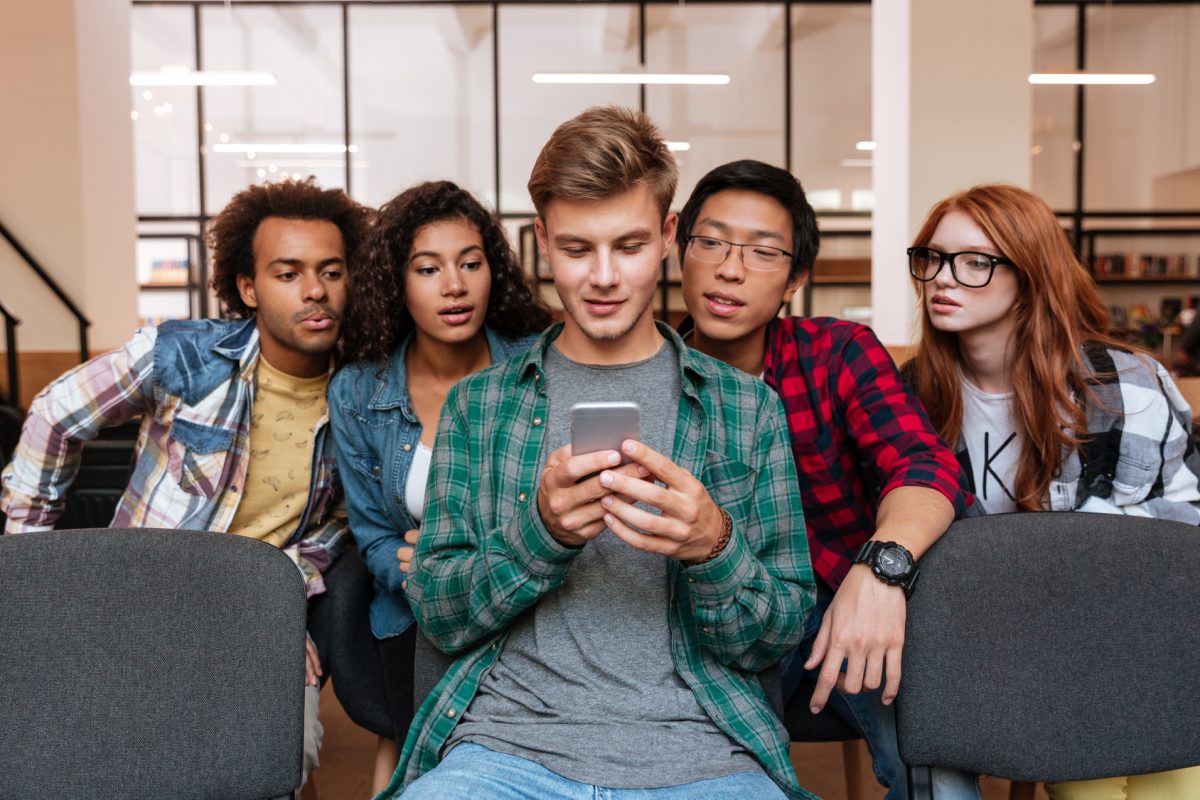 A few years ago, something changed in class.

I customarily taught classes where my students read multiple books, wrote thoughtful reflective essays, and came to class prepared to engage in rich discussions. I’d often come to class with a few notes and the goal of being extemporaneous for the duration of the class. Every student was not a Rhodes Scholar, but the majority stayed engaged for classes up to three hours long. Even though my job was draining from facilitating the conversations in real-time, it was the most fun I had in a classroom.

Then, all of a sudden, the fun stopped.

My students slowly appeared more disengaged in the classroom. Anyone who has led a good discussion knows that “conducting a symphony” feeling that the best sessions possess. But there was no energy to facilitate around the classroom. My students completed their out-of-class preparation, but they were much more passive when they arrived in class. This wasn’t just a random draw of introverts, every successive class seemed to be more passive.

I was able to adjust to the passivity by providing questions to prepare in class with their classmates for discussion, but that’s not nearly as much fun. I want everyone reacting to each other.

Because my nature is to try to understand others instead of just pushing back, I pondered about the causes of this behavior. Generational? Did I unknowingly change?

Then, a light bulb lit up as bright as a fireball – smartphones!

The iPhone first came out in 2007.   I noticed less engagement from my students around 2012. As smartphones became more powerful, more students began showing up to class with them (and educational technology products that worked with mobile technology soon followed). At the moment, I see very few students who do not own a smartphone. Generation Z is here. Many of them have likely never heard a dial tone.

Furthermore, now that they can connect to the world with their devices, fewer of them talk to each other before class. I now enter a class to a quiet environment of faces on screens, tapping and swiping. Once class begins, students are likely fighting the urge to be on their phones.

Yet, I’m not a Luddite. Smartphones, smartwatches, and tablets have undeniable advantages, but they also have an undeniable dark side. Most of us can also attest to the coarsening of dialogue that comes from faceless or anonymous online environments. Students who spend hours on their phones receive such a massive quantity of information in small snippets that it renders deep work exceedingly difficult. These small snippets are proven to be quite addictive. In fact, researchers have found that seeking new stimuli from the mobile technology buffet creates effects on a user’s dopamine level similar to other pleasurable activities.

While my assertions are anecdotal, a relatively quick search revealed both academic and pop-psychology writings that coincide with my experiences.

Neil Postman’s classic Amusing Ourselves to Death: Public Discourse in the Age of Show Business critiqued television’s role in reducing the depth of discourse. His arguments are timeless. Any discussion of how modern media affects students must include this book.

Nicholas Carr’s The Shallows: What the Internet is Doing to Our Brains chronicles the history of information technology (yes, at one point people were concerned about what those horrible books would do to oral communication) as well as the author’s experiences with technology’s effect on his ability to concentrate.

Cal Newport’s Deep Work: Rules for Focused Success in a Distracted World argues for proactively managing phones or they will manage you. Some of his suggestions are controversial (e.g. quitting social media), but he argues that in order for people to be productive, they must not allow distractions to sap their willpower. Newport backs up his claims by detailing how, as a professor of computer science, he doubled his publications while never working crazy hours.

Finally, Bored and Brilliant: How Spacing Out Can Unlock Your Most Productive & Creative Self by “Note to Self” podcast host Manoush Zomorodi puts forth the idea that we should enforce more boredom on our lives because that boredom can stimulate creative energy in our brains. Similar to the other authors, Zomorodi used her own productivity struggles as the onus for her “Bored and Brilliant Challenge” where people intentionally follow steps that allow for more time to productively space out.

It is extremely difficult for even the best in-class teachers to compete with the lure of smartphones.

I can certainly create a policy to keep phones out of the classroom. But that does not address the potential “rewiring of my students’ brains” from prolonged skimming and scrolling. Furthermore, it’s hard to ask students to do something that professors do not have a handle on. A casual look at faculty meetings will give you all the evidence you need. Maybe I’m too nice, but I do not think I can discipline my way back to the previous levels of engagement.

Professors need to be mindful of how that technology affects students – and to critically evaluate new developments.

While cliché, technology is only getting more powerful.

Electronic textbooks are a great example of a medium that deserves a deeper look. As a way to give students cheaper options for textbooks (separate rant topic), book reps push the electronic versions of those texts. Students can read the entire book on their devices, highlight electronically and complete online study modules. This sounds good in theory – students love their technology so let’s give them their books in their preferred environment – in practice, my students tell me they don’t want electronic texts. They prefer the tactile sensation of a physical book, even if they readily admit to shunning reading for pleasure. For the ones that do prefer reading on devices, ebooks put students one click away from the rabbit hole of endless procrastination, which could affect content retention. This is not just speculation. Even though electronic reading is relatively new compared to paper, there is research that reports lower comprehension from screen reading.

Even with constant reminders of how the satirical dark comedy Idiocracy seems like a documentary, there is hope that students are not completely beholden to technology’s mind-numbing effects. Through a few writing assignments in my classes, I’ve seen students admit to not wanting to be online as much as they are, but they get hooked because the draw is so powerful. As I’ve overheard a few times, the word “user” is quite appropriate for technology addicts.

Students need reeducation in deep work. For some, they may need an introduction. Rather than complaining about the changes I’ve seen, I’ve accepted the current climate as a challenge. I hope I’m not alone in this endeavor.

Now if you will excuse me, I must go. I have to check my email.

Some MBA Programs Are an Overpriced Credential, but Others Give Real Value

Are Students Addicted to Distraction?