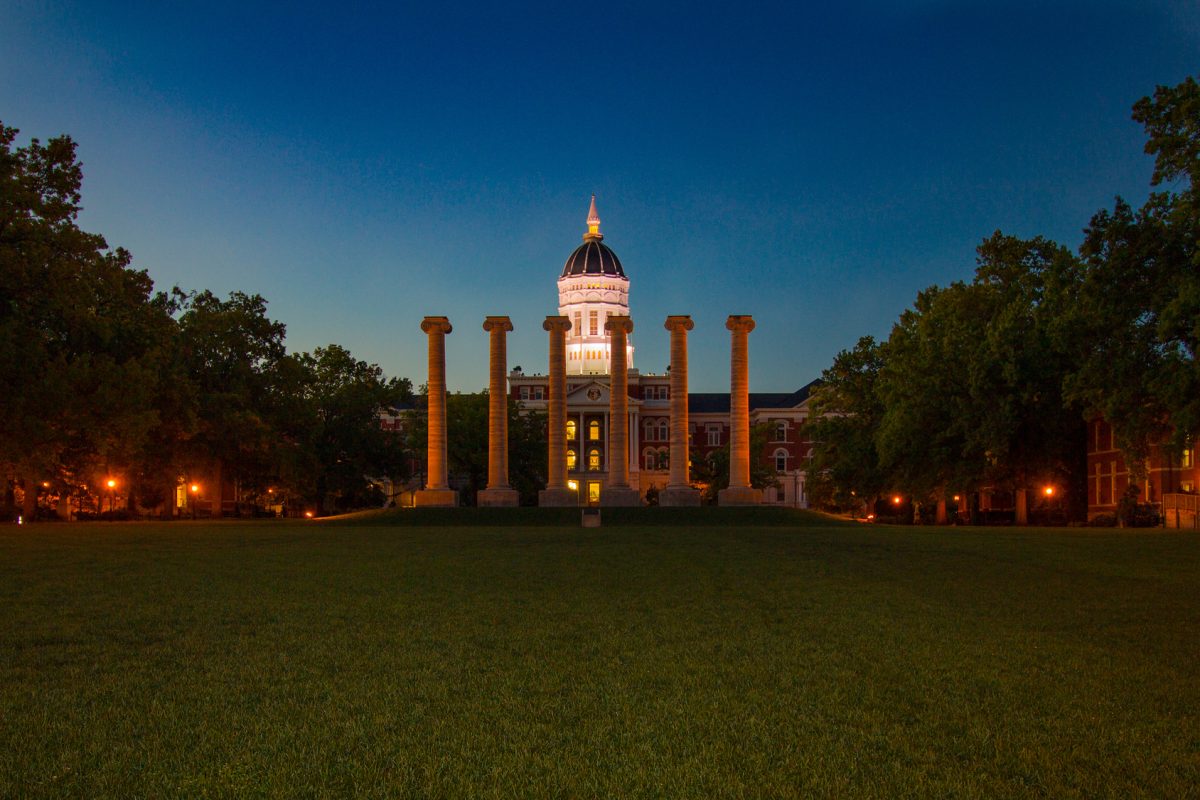 The University of Missouri, where I teach and which I dearly love, is in crisis. Freshman enrollment at the university’s Columbia campus (Mizzou) is down by a whopping 35% from two years ago. Missouri’s governor and legislature slashed Mizzou’s state appropriation by $22 million this year.

Administrators have responded by cutting Mizzou’s operating budget by 12% and laying off 307 employees (474 across the entire University of Missouri system). They’ve also closed seven dormitories to students, instead renting out the rooms for football games and special events like the recent solar eclipse.

Suffice it to say, morale on campus is low.

The primary culprit, of course, is Mizzou’s reaction to the student protests of 2015. In November of that year, a group of students, justifiably angered by three racist incidents on the 35,000-student Columbia campus, presented administrators with a number of unreasonable demands. Among other things, they insisted that the president of the 77,000-student University of Missouri system publicly acknowledge his “white male privilege” and resign his post and that the university adopt patently unconstitutional racial quotas for faculty and staff.

Instead of leading like compassionate, wise adults—joining the protestors’ rightful condemnation of racist conduct but working to convince them that their demands were unreasonable—many Mizzou officials either succumbed to or actively perpetuated the frenzy.

Mizzou’s football coach publicly supported a player boycott by the members of his team. The chancellor encouraged the protestors by allowing them to erect a tent city on a university quad and providing them with electricity generators. One administrator bullied a student reporter and attempted to prevent him from documenting the protests. A professor actually battered a reporter and famously called for “some muscle” to remove him from the protestors’ camp.

Watching Mizzou’s leadership abdicate to the loudest voices from the radical left, most Missourians were aghast. Many decided that their children, donations, and tax dollars should go elsewhere. Hence, Mizzou’s current situation.

One might think, then, that the university’s administration would be doing all it can to get back in the good graces of the people of Missouri. Unfortunately, the administration’s recent tactics in a pending lawsuit involving one of academia’s chief bogeymen—firearms—threaten to undermine efforts to restore the goodwill Mizzou lost in 2015.

In 2014, Missourians voted 61% to 39% to amend the state constitution to provide for “strict scrutiny” of firearms restrictions. The upshot is that any state restriction on firearm possession must be “narrowly tailored” to secure a “compelling state interest.”

In light of this constitutional amendment, a law professor at Mizzou, Royce Barondes, has challenged the University of Missouri’s absolute firearms ban. Professor Barondes observes that the ban forbids his bringing a gun onto campus, even if he leaves it locked in the glove compartment or trunk of his car. He is thus precluded from possessing a handgun while he’s on his way to and from work. So broad a restriction, he maintains, is not narrowly tailored to secure a compelling state interest.

The issue presented in Professor Barondes’ complaint is straightforward: The university administration believes its gun ban is consistent with the Missouri Constitution; Professor Barondes believes it isn’t. The appropriate strategy for the cash-strapped university would be to address the merits of Barondes’ non-frivolous claim, allow the court to determine who’s right, and, if unsuccessful, appeal.

That is not the tack the university administration has taken. Instead, it has asserted three meritless counterclaims against Professor Barondes and has sought attorney fees that could drive him into bankruptcy.

First, the administration counters that the university’s gun ban complies with the Second Amendment to the U.S. Constitution. However, Professor Barondes’ lawsuit doesn’t contend otherwise; it’s based on the Missouri Constitution alone.

The university says its counterclaim is appropriate because Professor Barondes has stated outside his pending lawsuit that the university’s gun ban violates the Second Amendment. But it’s absurd—and chilling—to think that a university could force a professor to defend a declaratory judgment lawsuit just because he has somewhere endorsed a legal position with which the university disagrees.

In addition to forcing Professor Barondes to defend against three spurious counterclaims, the university sued him for its attorney fees. Those fees will be tremendous, given that the university injected unnecessary complexity with its countersuit and outsourced the litigation to one of the state’s most expensive law firms (where the judge assigned to the case previously practiced law).

The message from University of Missouri officials seems clear: Do not challenge us, or we will bankrupt you. We will not allow constitutional niceties to disrupt our agenda. We cannot be expected to comply with silly rules put in place by the unwashed masses of Missouri voters.

Mizzou’s primary in-state competitor, Missouri State University (MSU), has taken a different approach to the Missouri Constitution. MSU’s general counsel recently reviewed the campus gun policy and clarified that university employees would be permitted to conceal otherwise legal firearms in their locked vehicles while on campus.

It seems Mizzou could learn something from its in-state rival (which has just broken its enrollment record for the seventh straight year). That is not to say that Mizzou’s administration should immediately alter its gun policy or refrain from defending it in court. But is it too much to ask that the administration not bully and threaten to bankrupt a professor who demands that it comply with a constitutional provision approved by 61% of Missourians?

Such an approach is morally wrong, terrible P.R. for my beloved Mizzou, and certain to further widen the gap between the university and the people of the state.

How Not to Recover from a Crisis, Mizzou Edition