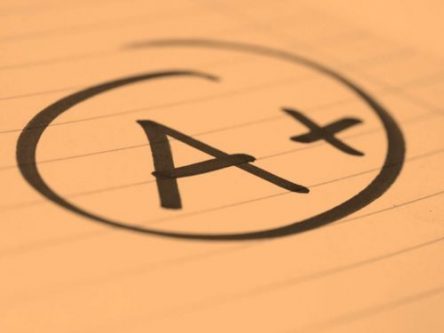 Georgia’s HOPE Scholarship is now in its twenty-fourth year of existence. Originally the brainchild of then Governor Zell Miller, since 1993 this merit-based scholarship program has distributed in excess of $9 billion in lottery proceeds to about 1.7 million qualifying recipients.

In order to be eligible for HOPE, which covers about 80% of tuition at public and private colleges in the state, high school grads must have at least a 3.0 GPA and maintain that in college. The more lucrative Zell Miller HOPE Scholarship pays 100% of tuition. It requires a 3.7 high school GPA which can’t fall below 3.3 once the student enrolls in a degree program.

Over the years, many students and their parents have complained that HOPE is too easy to lose and too hard to regain due to the GPA requirement. So during the 2016 legislative session Jan Jones, Speaker Pro-Tempore of Georgia’s House of Representatives, sponsored House Bill 801 which moved without opposition through both legislative chambers and was quickly signed into law by Governor Nathan Deal.

Beginning this 2017-2018 academic year, the legislation adds .5 points to B, C and D grades earned in math, science, technology and engineering courses taken during the first two years of college at Georgia’s public and private colleges and universities.

Although proponents of this legislation use a two-pronged defense to justify the HOPE GPA boost, what it really amounts to is grade inflation. First the defense.

Representative Jones was concerned that not enough graduating high school seniors eligible for HOPE were opting to become STEM majors. That needed to be addressed because, according to some, the U.S. simply isn’t producing enough STEM graduates to satisfy job market demand. Much depends, however, on how one defines a STEM occupation. Does that only include computer programming and engineering, or also medicine, blue-collar manufacturing, and some of the skilled trades?

Moreover, there is considerable doubt about the idea that America is really facing a shortage of workers with STEM backgrounds. For example, Michael Teitelbaum pointed out in his 2013 book Falling Behind?: Boom, Bust, and the Global Race for Scientific Talent that we have been through five cycles of boom and bust, as politicians over-subsidize STEM fields. After careful research, Teitelbaum concluded that the U.S “produces far more science and engineering graduates annually than there are S & E openings – the only disagreement is whether it is 100 percent or 200 percent more.”

But in thrall to the notion that we face a shortage of STEM graduates, Jones and her legislative allies were concerned that too many STEM majors were losing the scholarship during their freshman and sophomore years because of those pesky math, science, technology, and engineering courses they are required to take. And thus was born this “legislative fix” governing HOPE eligibility.

Since I’m not privy to what goes on behind closed doors in Georgia’s House, Senate, or Governor’s office, I can’t say what was discussed while House Bill 801 was still little more than a gleam in Jan Jones’ eye. I would bet, however, that none of the actors involved wanted it ever to be said that they had lowered the academic standards governing HOPE.

So instead, they claimed to be addressing “workforce shortages in science, technology, engineering, mathematics, and health care” and then, employing this legislative sleight of hand, effectively lowered the academic standards for retaining the scholarship.

Not everyone agrees with my take on House Bill 801. They argue this isn’t grade inflation because no student’s GPA will be increased, only the value B, C and D grades are given in math, science, technology and engineering courses for the purpose of determining HOPE eligibility. But according to a spokesperson for the Georgia Student Finance Commission, the decision to display these grades on a student’s official academic transcript is left up to each individual college.

If you’re wondering just how many courses are eligible for that extra .5 points, the numbers are sobering. Atlanta’s Emory University, which the U.S. News & World Report just ranked 21st in its annual list of the country’s best universities, has identified 149 that fit the bill, which is tops among private institutions in the state. The University of Georgia in Athens, no slouch at 58th in those same rankings, leads the way among public institutions with 147.

As for the law’s requirement that “courses shall be academically rigorous,” it appears rigor has no fixed definition. In addition to potential GPA killers like Calculus III, Organic Chemistry, and Principles of Physics, students also earn extra points for basic math and science courses, and at Kennesaw State University that includes a course called “Machining and Welding.”

There is yet one more troubling aspect of this legislation. All students attending Georgia’s public and private colleges and universities are eligible for the .5 grade boost to their HOPE computation, whether they’re STEM majors or not. So one of the linchpins holding this law together apparently required a little bending during the legislative process. Otherwise, so-called undeclared majors who take math, science, technology and engineering courses during their first two years of college wouldn’t get the GPA boost they deserve should they eventually become STEM majors.

House Bill 801 diminishes the value of Georgia’s merit-based HOPE Scholarship by lowering the standards for eligibility under the guise of addressing a STEM major shortage. It also sends the message that when students can’t make the grade, and when they and their parents do enough griping about that, there just might be someone holding elected office who is willing and able to bail them out.