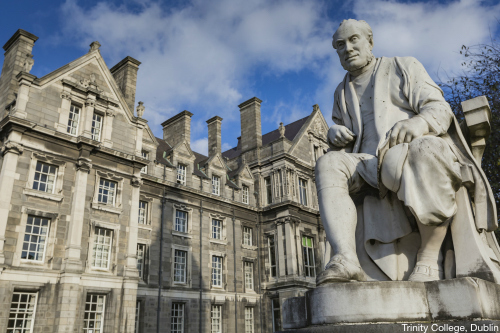 According to the National Student Clearinghouse Research Center, in the previous two decades over 31 million students have dropped out of college shortly after beginning their coursework. There are many reasons for this trend, including rising higher education costs and entering students’ lack of academic preparation and focus.

Another reason, however, is that many students often report feeling hindered by their general education requirements, which constitute a third of coursework toward a bachelor’s degree. Students spend their first two years satisfying those requirements.

A well-designed, challenging general education program can provide a breadth of important knowledge, as well as writing and analytical skills that employers often say are lacking in recent college graduates. Still, many students consider general education to be a waste of time, and view courses unrelated to their majors as unnecessary obstacles.

Should higher education cater more to those students, who are interested in jumping as soon as possible into their major coursework, and who might prefer a quicker path to the job market? If the answer is “yes,” college leaders might look to Europe for inspiration.

Most European students begin taking courses specific to their major right away. During the application process, they apply to particular programs of study, not just to a university in general. Mostly, there’s no such thing as an undeclared major or a core curriculum.

Instead, universities focus on making students experts in their respective fields, and little to no time is spent on coursework perceived to be unrelated to degrees. Since students study a range of subjects in high school, the thinking goes, general education in college is redundant. As a result, in Europe it only takes three years to earn a bachelor’s degree.

This kind of system, or something similar to it, would probably appeal to many American students. And if aspects of the European model were incorporated in the U.S., community colleges in particular might be in the best position to implement them. Those schools already are geared to students who want to earn degrees and certificates in short time.

And consider that in recent years some community colleges have started offering bachelor’s degrees. The idea is that doing so lowers costs for taxpayers and attracts students who might otherwise have attended more expensive four-year colleges. Perhaps the same logic would apply to a new kind of degree program—one in which general education coursework is abbreviated and students focus on their major much earlier.

Policymakers and community colleges could work to build programs along those lines, following the lead of the European universities. These programs might take between two and three years to complete. Graduates would be expected to possess an understanding of their fields close to or equal to that of graduates of four-year institutions.

Eliminating general education courses entirely would be undesirable, though, given employers’ preference for employees with the skills and knowledge imparted by them. This new degree—what might be called a “specialist’s degree”—would therefore require courses in math, literature, U.S. history, economics, writing, and science.

Jamie Shea, an academic advisor at Wake Technical Community College in Raleigh, North Carolina, says such a degree has “potential.” In a Martin Center interview she said, “I think it would be nice to have the option.” She added, however, that it would be hard to predict whether employers would respond favorably, and she wondered whether this opportunity for specialization would devalue the traditional liberal arts education.

To be sure, this proposal is radical. Policymakers would need to debate and study it over the course of months and years. And its implementation would be a complex undertaking, to say the least, considering the issues of accreditation and funding that likely would arise. Adding these degrees would require more state resources and faculty. And all of this would require bold thinking from an often hidebound education establishment.

But to Shea’s point about possible employer skepticism toward the specialist’s degree, it’s worth pointing to the very real skepticism employers have toward traditional college degrees. Time and again, surveys reveal that hiring managers are underwhelmed by today’s college graduates—an unsurprising finding given that learning assessments regularly show that large numbers of graduates are ill-prepared for white-collar work.

This is not to say that colleges wouldn’t need to show that these new programs are rigorous and capable of churning out talented graduates. In North Carolina and elsewhere, community colleges have a history of partnering with industry to produce job-ready graduates; schools could exploit those relationships, and forge new ones. They could require students to take the Collegiate Learning Assessment to show how they stack up to those at four-year colleges. These are just a couple of possibilities.

Regarding the concern that specialist’s degrees could undermine liberal arts education, this instead could be a case in which competition sparks positive change across the education spectrum. For instance, if the specialist’s degree concept were to take off, four-year schools would need to show more clearly their added value, or else prospective students might simply choose the lower-cost community college option.

And four-year colleges’ enrollment numbers may dip, but in the long run this might be a good thing. Students interested in the world of ideas, liberal education, and advanced learning would still attend traditional programs; over time they might even become the majority on university campuses, improving upon the current academic environment, which often seems too ready to accommodate the lowest common denominator.

Also, if demand for the specialist’s degree increased, reform-minded policymakers, recognizing that graduates may not have received a deep education in the liberal arts, might pressure K-12 schools to pick up the slack on the front end and provide a better core of classes. This would be welcome, since much of what passes for general education today would have been deemed remedial in past generations anyway. And it would benefit all students, whether they attend college or not, as well as employers and society.

In North Carolina, if the past is any guide, a proposal to create these new degree programs would likely face strong opposition. Several years ago, four community college presidents floated the idea of their creating bachelor’s programs in nursing. But the idea was rejected last year, with some members of the State Board of Community Colleges expressing concern about mission creep and the potential to undermine relations with the University of North Carolina system. (An articulation agreement had recently been approved, making it easier for two-year students to transfer to UNC schools.)

At any rate, importing Europe’s degree model would not be a panacea for higher education, in North Carolina or other states. But for those who recognize the perhaps unfortunate truth that many students simply can’t be bothered with courses outside of their majors, it could provide a template to help make the best of the situation. And along the way, it could lower costs and inject healthy competition into the system.