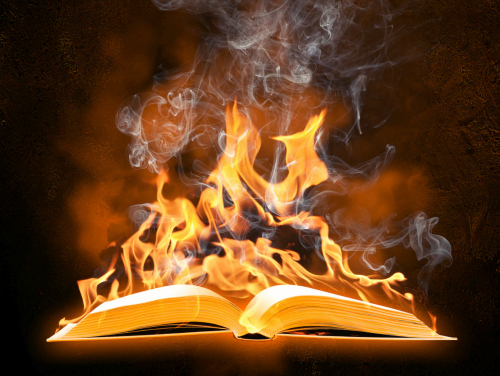 The academic enterprise is supposed to be about truth. Those who are entrusted to teach are expected to convey knowledge to their students, not their opinions. And when academics write books, they should do so to deepen knowledge in their fields, never to mislead readers.

Sometimes, however, academics allow their zeal to convert students or the public to their beliefs to get the better of them. They go from seeking truth to twisting it; writing books not to illuminate, but to inflame.

The most infamous case of that occurred in 2000, when Emory University history professor Michael Bellesiles published a book, Arming America, that purported to show that our “gun culture” was of fairly recent origin, as shown by the “fact” that guns had actually been quite rare in early America. The book was highly acclaimed because it confirmed the anti-Second Amendment bias of many intellectuals.

Lurking in its pages, however, was a huge academic fraud that would bring it down, along with Bellesiles’ career. His evidence was mostly fabricated and once skeptics began looking into the book closely, the more dishonesty they found. The publisher, Knopf, eventually withdrew the book and Bellesiles resigned from Emory’s faculty after a committee found that his responses to questions were evasive. (For a full account, this Yale Law Journal article by Professor James Lindgren is excellent.)

Arming America comes to mind because two recent books by academics similarly twist truth in order to advance their beliefs and confirm the biases of “progressive” readers. Those books are Economism by University of Connecticut law professor James Kwak and Democracy in Chains by Duke University history professor Nancy MacLean.

Both Kwak and MacLean want readers to believe that the Right—i.e., conservatives, libertarians, constitutionalists, and others who believe that government does more harm than good and should be downsized—is a movement driven by bad motives. The thrust of their books is to reassure leftist readers that conservative arguments against democratic, “progressive” policies to redistribute income, raise wages, and in other ways transform society are merely a mask for the greed and lust for power that animate people on the Right.

That genre of writing—trying to win an intellectual argument by disparaging your opponents—is deplorable and belongs in the realm of everyday political writing and commentary. It does not belong in the academic world, where scholars should work on the plane of reason and evidence. And that’s especially true given the overheated rhetoric that is turning America into a nation of warring tribes. In a time when overwrought people believe it’s justifiable to try to kill people in the “bad” tribe, we do not need professors writing books that say, “Those people are evil and I’ve just proved it.”

Economism was published in January and has received fairly little attention, although professor Donald Boudreaux wrote an article for the Martin Center that was based on an essay Professor Kwak wrote that was drawn from his book. Boudreaux took issue with Kwak’s contention that students are misled by the concepts taught in most Econ 101 classes. Kwak argues that basic supply and demand analysis is too simple for the real world; Boudreaux argues otherwise.

If Economism were just an extension of his “Econ 101 is misleading” argument, Kwak’s book would be just another mistaken academic work. But the core of the book is an attack on the motives of the people who employ “economism” (which is to say, using concepts from basic economics to argue against many interventionist policies), portraying them as motivated purely by greed. Suppose that someone opposes the minimum wage on the grounds that it will lead to job losses among low-skilled workers. His real concern, says Kwak, is keeping down labor costs for business, not the welfare of the people who lose employment or never find legitimate work in the first place.

Now, Kwak acknowledges that some well known economists have argued against the sorts of interventionist policies he wants in order to battle inequality, but he never attempts to directly refute Mises, Hayek, Friedman, and others. Instead he tries a back-door pseudo-rebuttal by claiming that the forces of the Right, upset that the New Deal’s golden age of fairness was not giving them all they wanted, misappropriated their theoretical ideas for bad ends.

The striking thing about this line of argument is the author’s lack of charity towards his opponents. Free market advocates who rely on “economism” are, in Kwak’s account, just tools of the super-rich. That notion will play very well with leftist readers, but it’s far from the truth. Is the author not aware that those same people use the same kinds of arguments against policies that help the super-rich (some of them, anyway) and harm the poor—agricultural price supports, for example? Perhaps he is, but admitting that would undercut his besmirching of Americans who peddle “economism.”

While Kwak says that he isn’t taking sides but merely wants to see deeper, more “nuanced” policy debate, that’s hard to take seriously. No Right-wing reader is going to become less sympathetic to “economism” after Kwak gets done claiming that it’s just a tool of a cabal of the One Percenters. Similarly, no leftist reader is going to conclude, “We certainly do need a deeper debate, and therefore I’m going to rethink my support for simplistic leftist policies.”

But Kwak’s book is a model of careful, charitable scholarship compared with Nancy MacLean’s Democracy in Chains, published last month by Viking. Like Economism, it purports to tell the story of the rise of a plutocratic, anti-democracy movement that latched on to some scholarly work as cover for its terrible goals. But where Kwak just lobs some low-caliber shells at Hayek, Friedman, et al., MacLean pounds away with heavy artillery at 1986 Nobel Prize winner James Buchanan. MacLean depicts Buchanan as a racist (or at least sympathetic to segregation) whose work in economics (he pioneered the field now called public choice) was grabbed by the same dark, reactionary conservative forces that pushed “economism” to advance their goal of seizing control of America.

Ever since its publication, Democracy in Chains has been taking criticism from people who knew Buchanan, understand his work, and know that MacLean has smeared the man and misrepresented his thinking.

The most significant take-down of the book was written by one of MacLean’s colleagues at Duke, professor Michael Munger, a scholar who has spent many years studying public choice theory. He calls the book “speculative historical fiction” and writes with appropriate sarcasm, “MacLean is able to decode the true meaning of (Buchanan’s) mostly rather bland, academic-ese writing, after which he achieves the status of a Bond villain.”

In doing so, Munger observes, MacLean tramples all over the fundamental principle of scholarly charity—that you should “take the claims, words, and arguments of a subject at face value.” MacLean, in her eagerness to depict Buchanan as a nasty reactionary, hunts desperately for phrases she can interpret as his support for segregation and rule by the plutocracy.

Had she asked anyone who knew Buchanan if her speculations held water, she’d have heard that they did not. But MacLean wasn’t going to let the truth about Buchanan get in the way of a salacious story that would sell tons of books.

Another scholar who has blown the whistle on this book is Phillip Magness of George Mason University. He writes here that MacLean misuses evidence “to depict a non-existent intellectual debt between Buchanan and a group of pro-segregation agrarian poets from Vanderbilt.” Magness also shows that MacLean’s claim that John C. Calhoun was the “intellectual lodestar” of Buchanan and subsequent public choice economists is complete bunk. For one thing, Calhoun’s name never appears in any of Buchanan’s work (some 19 volumes).

Many others have voiced their criticism of MacLean for having written a terribly misleading hit piece, including David Henderson, Art Carden, and David Gordon.

In fact, there has been so much criticism that MacLean feels the need to ask supporters to come to her defense. As we read in this July 12 Inside Higher Ed story, MacLean is said to have written, “I really, really need your help…. Koch operatives and the riders of their academic gravy train…are working hard to kill Democracy in Chains and destroy my reputation….”

So rather than admit she has written some indefensible things in her book, MacLean calls on loyal members of her “progressive” tribe to launch a counterattack to save her book and reputation. That’s not the way academics should operate. When their work is challenged, they should squarely face each challenge, not evade it with ad hominem attacks on the motives, operation, or funding of the critics.

Professor Steve Horwitz nails the truth here, writing, “a book that smears libertarian and conservative ideas on the basis of shoddy scholarship gets attention because the author claims she’s under attack when she is called out in careful detail by other scholars.”

There is no law to prevent academics from writing misleading books that merely confirm the biases of politically passionate people. When they do so, however, they erode public confidence in our education system. That’s why it falls to college leaders to tell faculty members that their scholarship is expected to advance truth, not distort it.