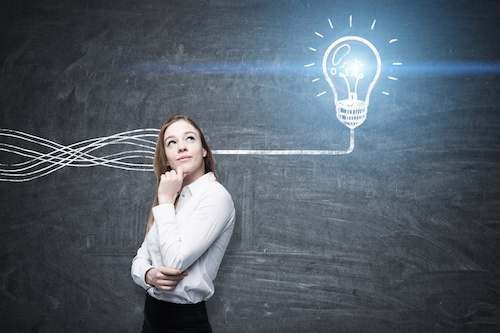 In an article published recently in the Atlantic, “The Curse of Econ 101,” University of Connecticut law professor James Kwak argues against what he assumes to be the content, thrust, and effect of the basic principles course, Economics 101.

He thinks it’s too simplistic. And he’s sure that in its simplicity, it masks the complexities that must be accounted for when passing judgment on economic reality and especially on government policies.

According to Kwak, over the past few decades Econ 101 has devolved into “economism,” which he describes as “the belief that basic economics lessons can explain all social phenomena—that people, companies, and markets behave according to the abstract, two-dimensional illustrations of an Economics 101 textbook.” The two-dimensional illustrations to which Kwak refers are supply-and-demand graphs.

In Kwak’s telling, Econ 101 professors indoctrinate impressionable students with the belief that anything in reality that is economically essential can be explained with simple and abstract supply-and-demand analysis.

Moreover, according to Kwak, this abstract emphasis on supply and demand is both a consequence and cause of a larger problem with economics in general. That problem, Kwak notes, is that “economics degrees are highly mathematical, adopt a single narrow perspective and put little emphasis on historical context, critical thinking or real-world applications.”

That observation about economics degrees is Kwak’s one kernel of truth. Modern economics is indeed excessively mathematical and typically presented without historical context, critical thinking, and real-world applications.

Too many students are instructed that economics is the science of revealing the pure, eternal, and elegant mathematical description of the pattern of prices and quantities that is called “general competitive equilibrium”—an equilibrium that automatically emerges from the reactions of sheep-like utility-maximizing consumers and of machine-like profit-maximizing producers.

There is, in these theories, no room for ideas, discovery, creativity, entrepreneurship, genuine change, error, or real competition. (One of the great ironies of modern economics is that in general competitive equilibrium there are no activities that any human being would recognize as competitive.)

This economic fantasy world is bloodless and sterile. It’s a world so foreign to human society that it is largely useless in helping us to make sense of reality. Kwak is right to lament that principles of economics students are often taught that way.

I’ll add that of the students who are not taught economics in that ethereal way, too many of them are taught that economics is the “science” of collecting and processing as much data as possible, torturing those data with ever-more-esoteric econometric devices, and reporting the empirical results largely independently of any underlying theory of economics. But we here ignore that problem with economics because Kwak’s complaints are limited to what he alleges to be the misuse of economic theory.

When taught well and wisely, supply-and-demand analysis is the central part of the economic way of thinking. This way of thinking both deepens and broadens students’ understanding of economic reality. Contrary to Kwak’s assertion, such analysis teaches neither that prices automatically and without friction move to equilibrium levels nor that nothing matters except consumers’ and producers’ narrow material concerns.

I will illustrate with an example used by Kwak himself: minimum wage laws.

Most people with no exposure to economics believe minimum wages to be an effective means of raising the incomes of low-skilled workers. The reasoning is simple: if government mandates that employers pay higher wages, workers will therefore receive more. But the economic way of thinking reveals this reasoning to be too simple.

Most obviously, the economic way of thinking makes students aware that, as the cost of taking some action rises, people take less of that action. (It’s called the “law of demand.”) So if employers must pay their low-skilled workers higher wages, the quantity of low-skilled labor that will be employed will fall. Quite likely, some low-skilled workers will lose their jobs. Many others won’t be able to find any legal work. Some intended beneficiaries therefore become unintended victims.

This lesson is indeed, as Kwak notes, commonly taught in Econ 101 classes. But Kwak objects that this lesson is too simplistic. Other things happen, says Kwak, to render this conclusion that some people will be harmed false.

For example, Kwak says that workers become so much more productive when their wages rise that this higher productivity pays for the wage hikes.

This relationship between wages and productivity undoubtedly holds in many instances. But a good Econ 101 student asks (and answers) two questions. (1) Does this relationship always hold? (No, for if it did every worker’s pay would be multiple times Bill Gates’s annual income.) (2) When this relationship does hold, do firms have to be forced by government to raise workers’ wages? (No, for it is in each firm’s own private interest to raise its workers’ wages whenever doing so results in productivity gains at least as large as the wage hikes.)

Or consider Kwak’s howler that minimum wages have no negative employment effects because employers just pass along the cost of minimum wages to consumers in the form of higher output prices.

The good Econ 101 student would point out, in response to this claim, the fact that higher prices for consumer goods and services cause consumers to buy fewer such goods and services, thus reducing employers’ demand for workers to produce these outputs. And if Kwak retorts with “How do you know? That’s too simplistic!”, the student calmly reminds him of the inescapable reality of trade-offs: if consumers buy the same amount of, say, McDonald’s burgers as before but at higher prices, the extra spending must be offset by decreased spending somewhere—say, at Walmart—which results in lowered production and employment elsewhere.

It turns out that the analyst who is simple-minded is not the good Econ 101 student, but instead, Kwak himself, who clearly doesn’t have what it takes to reason as carefully as does this student.

Fortunately, despite the excessive formality of advanced economics, good Econ 101 courses are not uncommon. In those courses, students learn the “mental toolkit” of economists.

They learn that prices and wages are not set arbitrarily, that voluntary trade that crosses political borders is no less mutually advantageous than is voluntary trade that doesn’t, that all goods and services have costs that someone must pay, that profits are a reward for serving consumers and not an unjust extraction from workers, that intentions are not results, and much more.

Along the way, they also learn that most of what non-economists, and their political representatives, believe about the economy is mistaken.

And students discover that there are reasons to doubt that coercive government policies like the minimum wage can on balance improve our welfare. That seems to be Kwak’s main complaint against Econ 101. It’s a badly misguided one.

A “Textbook Case” of Government Overreach