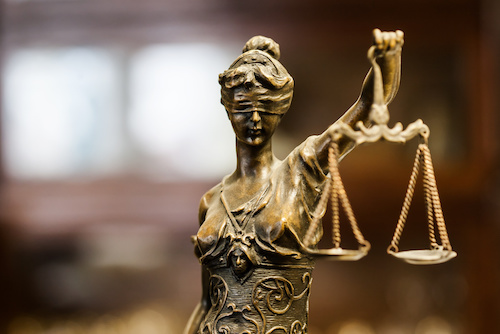 Four years ago, brothers at the Sigma Alpha Epsilon fraternity at UNC Wilmington (UNCW) brought campus due process—or lack thereof—into the sunlight. The young men had been accused of hazing and underage drinking. Although the students were eventually cleared of any wrongdoing, they endured an unfair and onerous investigation and adjudication process to prove their innocence.

They brought their experience with UNCW’s disciplinary process to the attention of the North Carolina General Assembly. As a result, North Carolina became the first state in the nation to protect due process for students and student organizations when then-Governor Pat McCrory signed the Students & Administration Equality (SAE) Act.

Others states are beginning to follow North Carolina’s lead. (See infographic for details.)

The SAE Act guarantees students and student organizations at public colleges and universities the right to counsel when they are accused of violating their institutions’ disciplinary or conduct rules. It also mandates that the institution report the number and type of disciplinary proceedings it initiates.

Joe Cohn, legislative and policy director at the Foundation for Individual Rights in Education, has said of the SAE Act, “[It] is sorely needed because today’s colleges and universities operate what amounts to their own parallel justice system, albeit without the meaningful due process protections provided in our nation’s courts.”

During the first six months after the Act was passed, 119 students across the UNC system chose to have legal representation at disciplinary hearings. Such choice was generally impossible before the passage of the Act.

One reason that states are moving to protect due process comes from the U.S. Department of Education. In April 2011 the Department’s Office for Civil Rights issued a now-infamous “Dear Colleague Letter” instructing colleges and universities to use the lowest possible standard of proof in sexual assault cases. This “preponderance of evidence” standard means that accusers need only prove that a particular fact or event was slightly more likely than not to have occurred. This is far different than proving something “beyond a reasonable doubt,” which is standard in criminal cases outside a university campus.

Secretary of Education Betsy DeVos signaled earlier this month that she plans to revisit OCR’s sexual assault regulations. But until then, the “Dear Colleague Letter” guides campus action. In addition to changing evidentiary standards, the letter discourages cross-examination of accusers, strongly suggests that institutions accelerate adjudications to take place within a 60-day limit, and allows accusers to appeal not-guilty findings. The possibility of appeal for accusers subjects defenders to a kind of “double jeopardy” not allowed in criminal cases.

It is in this environment that other states have moved to follow North Carolina by passing their own due process protections. Arkansas and North Dakota have passed legislation similar to the SAE Act, and legislators in Massachusetts and Virginia have proposed similar policies.

In Utah, proposed changes goes further. There, Rep. Kim Coleman (R) and Sen. Todd Weiler (R) have sponsored legislation that would give students the right to active counsel as well as add requirements to the adjudication process. The bill would require parties to make good-faith efforts to exchange evidence and would allow students and their advocates to make opening and closing statements and to present and question witnesses.

Interestingly, legislators in North Carolina have plans to bolster the protections offered by the SAE Act. House Bill 777, which stalled in committee this year, included provisions that mirror Utah’s legislation.

The bill would require universities to give accused students “adequate notice including details of the allegations…and copies of all evidence at a meaningful time and in a meaningful manner.” It would also permit both parties in a case to question and cross examine witnesses. And in a clear departure from federal policy, it states that the “standard of proof of responsibility for proving sexual misconduct shall not be less than clear and convincing evidence.”

These examples from North Carolina and other states show that momentum is building to restore due process on campus. State action can ensure that students are free from arbitrary, onerous, and unfair campus courts—and strengthen the rule of law promised to all Americans in the U.S. Bill of Rights.