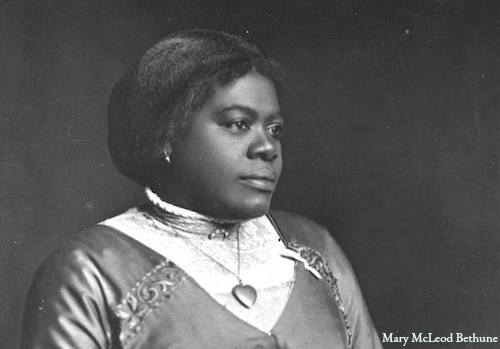 When U.S. Education Secretary Betsy DeVos gave the commencement address at Bethune-Cookman University (B-CU) on May 10, the all-too-familiar tactics of students protesting speakers with whom they disagree sparked a new round of all-too-familiar media stories about “campus snowflakes” squelching free speech.

Which actually was quite a shame.

Because the real story at Bethune-Cookman’s graduation wasn’t the students’ boorish noisemaking to try and drown out DeVos (after initially waging a campaign to have her speaking invitation rescinded).

No, the real story at Bethune-Cookman—a private historically black university in Daytona Beach, Florida—was the grown-up reaction of the campus leaders in charge of the event. Unlike many college administrators today, B-CU President Edison O. Jackson didn’t cower in the face of student protests. Instead, Jackson directly confronted the unruly students, telling them that if their disrespectful behavior continued, he’d have no choice but to mail them their degrees rather than continuing the ceremony.

As a result, DeVos was able to finish her speech. And Jackson was able to show college administrators around the country that it’s possible to successfully resist today’s campus protesters, whose efforts to squelch free speech are antithetical to the mission of higher education.

“Students don’t benefit when they are only limited to perspectives that are broadly sanctioned by a specific community,” Jackson wrote in an Orlando Sentinel op-ed about B-CU’s commencement. “If our students are robbed of the opportunity to experience and interact with views that may be different from their own, then they will be tremendously less equipped for the demands of democratic citizenship.”

In arguing for intellectual engagement between people with diverse views, Jackson invoked the memory of his school’s founder, Mary McLeod Bethune. “She did all she could during the nascent stages of this institution to equip her students with the necessary skills to navigate the precarious waters of fundamental disagreement,” Jackson noted. “She modeled this by interacting with and uniquely engaging those who had to be convinced of her mission to provide education to her people.”

Interestingly, one of Mary McLeod Bethune’s most loyal and enthusiastic backers—James N. Gamble of Proctor & Gamble fame—had a demographic profile and philanthropic focus almost mirroring those of Betsy DeVos. Like DeVos, Gamble was a Midwestern Protestant Republican who used monies inherited from a family cleaning products fortune to help give educational options to disadvantaged children being neglected by their local school system.

Had the vocal minority of B-CU students protesting at graduation been more aware of this history, they might have thought twice about turning their backs on DeVos—especially since Mary McLeod Bethune herself was once the target of a malicious campus protest.

In 1930, Bethune received an invitation to speak to a student assembly at nearby Rollins College in Winter Park. By then, Bethune had made quite a name for herself. She had successfully built up her Daytona School for Negro Girls, from its modest beginning in 1904 to its eventual merger with the Cookman Institute. And Bethune had garnered the attention of many people in Washington, thanks in part to her leadership of the National Association of Colored Women. (She would go on to serve as an advisor to President Franklin D. Roosevelt as a member of his famous “Black Cabinet.”)

Nevertheless, when the Rollins College board learned that Bethune had been invited to address a student assembly, it balked. The board told the school’s president that Rollins had never had a black leader speak on its campus—and that it had no interest in seeing Bethune become the first.

When the Rollins president went to Daytona to inform Bethune that her speaking invitation was being rescinded, he told her he was so ashamed of the board’s decision that he planned to resign his position. But Bethune urged him to reconsider, telling him that the Rollins students needed his leadership more than they needed to hear her speak. Nearly 20 years later, in 1949, Bethune received an honorary degree from Rollins in what she later described as one of the most satisfying tributes ever paid to her.

Now, I’m sure there are some who will want to argue that today’s Bethune-Cookman protesters appear to be as close-minded as that Rollins College board was back in 1930. But, again, this misses the larger story. Because all of us, if the truth be known, tend to be wary of people who have a perspective different from our own unless someone teaches us that there is wisdom in engaging with diverse points of view.

And fortunately, at the B-CU graduation, President Jackson did just that. He used the protest as a teachable moment to remind all current (and prospective) members of the “Bethune-Cookman family” what B-CU should stand for—and with whom it should stand.

Comparing the backlash at B-CU to a similar controversy that once arose over an invited speaker at the University of Chicago (UC), Jackson, in his op-ed, quoted then-UC president Robert Hutchins, who had said, “The cure for ideas that we may oppose lies through open discussion rather than through inhibition—free inquiry is indispensable to the good life, universities exist for the sake of such inquiry, and without free inquiry, they cease to be universities.”

Of course, it is lamentable that Jackson had to defend B-CU’s commitment to free inquiry at all, and that a vocal minority of graduating seniors nonetheless decided to stage a protest of DeVos. As Morehouse College alum Justin McClinton observed in the Federalist, “That a college administrator had to address a group of recent graduates as if they were raucous high schoolers illustrates how infantilized American college students have become.”

Still, what makes the 2017 Bethune-Cookman graduation notable isn’t that some B-CU students proved that they could behave just as badly as college students elsewhere. What makes it notable is that B-CU’s president unapologetically confronted student boorishness with a stirring reminder of why free inquiry remains central to the mission of any legitimate university.

The Real Story Behind the Bethune-Cookman University Commencement Protest