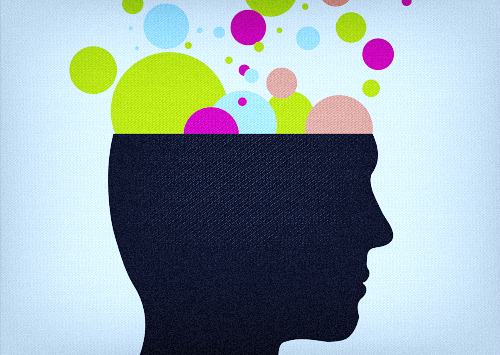 By now you have heard the story. It plays out like a script. A “controversial” speaker—almost always a conservative or libertarian—is invited to a campus. Protests, and in some cases riots, ensue. The speech is canceled or the speaker shouted down. The free exchange of ideas gives way to authoritarianism.

But consider what happened recently at Wake Technical Community College, where I teach. We threw out that script, and free speech prevailed. Students were able to listen to and learn from James Otteson, a “controversial” Wake Forest University (WFU) economics professor, who gave a talk titled “Adam Smith on Justice and Social Justice.”

WFU, on the other hand, hasn’t been so welcoming to Otteson, especially after he established the Eudaimonia Institute on his campus. The goal of the Institute, says Otteson, is to bring “perspectives from philosophy, psychology, political science, and more” to “help us understand how to encourage genuinely flourishing human lives of meaning and prosperity.” (“Eudaimonia” is Aristotle’s term for human flourishing.)

The initial funding for the Institute came from a planning grant from the university. Its faculty advisory board is comprised of 14 tenured professors from 10 different departments. None of this has been controversial. But what is controversial, at least to many WFU faculty, is that Otteson recently accepted roughly $3.7 million from the Charles Koch Foundation (CKF) to help support the institute over five years.

In late March, around the same time Otteson spoke at my school, the Martin Center reported that Wake Forest’s faculty senate had “recommended freezing current hiring, canceling internal and external presentations, and even restricting the publication of any material to do with the [Eudaimonia] Institute.”

Furthermore, as Naomi Schaefer Riley explained in this Wall Street Journal article, “faculty announced they would not give credit to students taking a business class taught by Mr. Otteson—even though the course had nothing to do with…the Koch Foundation.”

Such backlash is extreme, but perhaps not surprising considering that many university faculty seem to find education about economic freedom to be dangerous, and often have a negative knee-jerk reaction anytime the Koch name is mentioned.

At my school, however, Professor Otteson received a warmer response. That’s partly because most if not all of those in attendance at the Wake Tech event were unaware that Otteson was being censured at WFU, and went in without any pre-conceived ideas. There were no protests nor rioting for this Koch-funded speaker. Students attended with an open mind. The result? Otteson hit a home run.

In his talk, Otteson explored how Adam Smith, a founding father of market economies, understood justice, and how he might have responded to social justice concerns. Otteson asked a series of thought-provoking questions, such as “Do we have a moral obligation to save a child drowning in a shallow pool?” Most of us would say yes, but do we want the government to enforce this moral obligation? Whether one answers “yes” or “no” to this question, we must recognize that this would be difficult for the government to oversee.

Throughout his speech, Otteson didn’t answer these questions. Instead, he focused on getting his audience to think critically about these issues. Students responded favorably.

Afterward, students lined up to politely ask Otteson follow-up questions. And of the 76 students who filled out a survey after his talk (overall, 118 people attended—93 students and 25 faculty/staff), roughly 75 percent strongly agreed that “the presenter was engaging and interesting.” Another 24 percent agreed. None disagreed.

In the survey, students revealed their desire to be exposed to a diversity of ideas while in college, including ideas they don’t agree with. Responses to the question “What did you like about today’s session?” included: “different viewpoints than mine” and “The speaker made me think philosophically, which made me see things from a different perspective.”

Faculty members who attended responded favorably as well. Nevertheless, even at Wake Tech, some faculty members are not supportive of Charles Koch Foundation grants and speakers. They maintain they would like grants to support a diversity of views, not speeches focusing solely on the benefits of limited government and free markets.

My response? Wake Tech students, just like students at four-year colleges and universities across the country, have had much more exposure to the big government viewpoint, not only from faculty lectures but also from guest speakers. For example, Wake Tech hosted Hillary Clinton at the height of the presidential campaign. I doubt these colleagues were concerned enough about diversity of thought to ask that Donald Trump speak as well.

Besides, it’s healthy for people to have different opinions on what the government can and should do. In his talk, for instance, Otteson respected that values are subjective. And instead of telling his audience what to think, his comments and questions engaged the audience and encouraged them to think critically about ideas of justice and social justice. The students, in turn, listened and learned something.

Wake Forest faculty, by undermining Otteson and the Eudaimonia Institute, also would be undermining their university’s academic mission and their students’ ability to listen to and learn from different points of view. They instead should support the free exchange of ideas, and thereby foster greater intellectual diversity. That kind of diversity was on display at my college when Otteson spoke, and it was truly gratifying to watch.

A Grassroots Effort Is Changing College Instruction for the Better