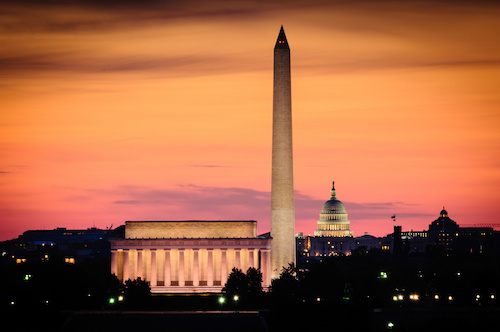 During Barack Obama’s administration, the Education Department’s Office for Civil Rights was staffed with “progressives” who were intent on pushing federal policy in ways that advanced their visions of what education should accomplish and how schools must treat students.

But as the former president himself observed, “elections have consequences” and we are seeing them in the Trump administration’s choices of personnel in the Department. Attorney Candice E. Jackson has been appointed to the position of Deputy Assistant Secretary for Civil Rights, where she will have a key role in making federal policy.

Her appointment has a lot of people upset because Jackson is about as far from a “progressive” as possible.

She earned her law degree from Pepperdine in 2002 and then took a position with Judicial Watch, an organization that has been a vigorous opponent of government corruption and overreach since 1994. In 2004, she co-authored an article in Reason magazine, “Washington’s Biggest Crime Problem,” in which she and William Anderson argued that the government’s constantly expanding criminal code leads to many injustices. Reason is a libertarian magazine where few if any federal officials have ever published.

In 2005, Jackson wrote a book entitled Their Lives: The Women Targeted by the Clinton Machine, which firmly established her credentials as a non-progressive.

Over the years, she has also written for the Ludwig von Mises Institute and the Independent Institute, both organizations that favor minimal government and oppose the abuse of the law for political ends.

Candice Jackson is exactly the sort of individual the Education Department needs to reverse the growth of federal intrusion into higher education as exemplified by the Office for Civil Rights’ “Dear Colleague” letters that have caused so much trouble. Back on March 1, I wrote that sweeping change is imperative in the Office for Civil Rights and Jackson appears to be just the person to spearhead such change.

Naturally, she has come under attack by people who don’ t want any retrenchment in the Education Department’s power.

Writing on ProPublica on April 14, Annie Waldman questioned whether Jackson would “actively investigate allegations of unfair treatment against women and minorities.”

Seeing an opening to attack Jackson, on April 24, the Leadership Conference on Civil and Human Rights sent a letter to Secretary of Education Betsy DeVos. Speaking for a large number of leftist organizations, the letter belittles her, stating, “In past writings, Ms. Jackson appeared to be ignorant of the history and continued presence of race and sex discrimination, as evidenced by her claims that equal opportunity/affirmative action policies discriminate against White students.”

These groups object to Jackson’s appointment because she supposedly fails “to demonstrate a commitment to core American values of equal opportunity, nondiscrimination, and diversity as well as a respect for the rule of law.”

There’s a huge problem here, however. Jackson’s demonstrated commitment to legal equality and the rule of law runs counter to the view of civil rights organizations that the government must continue to favor certain groups, but is entirely consistent with the Supreme Court’s many decisions against affirmative action and racial preferences. It isn’t Jackson who is out of step with the law, but rather the civil rights groups.

Was it wrong for Jackson to argue that white students (a term that presumably includes Asians) should not be disadvantaged by the civil rights laws? Not according to the Supreme Court, which held in 1976 (McDonald v. Santa Fe Transport Co.) that white Americans are just as much protected by the Civil Rights Act as are members of minority groups.

The Court has repeatedly disallowed race-specific programs such as scholarships restricted to students from certain groups or race-based classes. And with regard to racial preferences in college admissions, it ruled against quotas in Gratz v. Bollinger and held that preferences for the sake of “diversity” must be narrowly tailored and subject to strict judicial scrutiny in Fisher v. University of Texas.

Jackson’s view of the civil rights laws is that they mean exactly what they say and nothing more. They apply to individuals who have been mistreated, but do not call for or justify the kinds of group entitlement policies that the civil rights industry advocates. That is why it wants her out of the Education Department.

From Jackson’s writings on the overextension of federal law, it also seems clear that she would oppose the abuse of “guidance” letters to make new law, as the Education Department did during the Obama years, and would insist that the Department abide by the Administrative Procedure Act for any proposed regulations, which it did not.

Commenting here on the attack on Jackson by the left, Hans Bader of the Competitive Enterprise Institute (who worked in the Office for Civil Rights during the administration of George W. Bush) writes, “It’s odd to defend clear-cut violations of the law and then complain that the law isn’t being enforced harshly enough. But that’s what the Leadership Conference on Civil Rights and a gaggle of left-wing groups recently did.”

The prospect of a top Education Department official who does not advocate imposing new policies through administrative fiat and would take the focus of civil rights enforcement in education off the “progressive” mania for group equality is exciting.