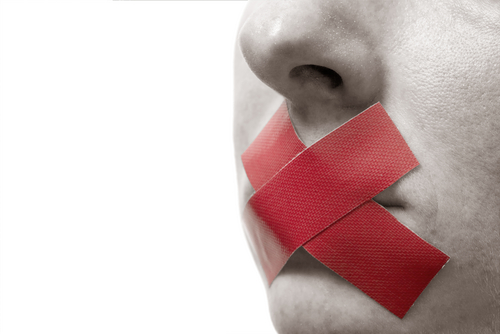 Many readers probably have read about the New Wave of free speech suppression that has swept across campuses in the last several years. It comes on the heels of the previous era of speech codes that reigned from the late 1980s through the first decade of the 2000s.

In 2005, I published the Independent Institute book Restoring Free Speech and Liberty on Campus, which delineated the problems back then and proposed remedies based on political mobilization against campus censorship.

Since that time, things got somewhat better for a while, but then took a decided turn for the worse. Today’s suppression differs from the previous era in three key respects: it is more passionate and aggressive; it is more student-initiated and driven; and it extends the reach of censorship more deeply into everyday campus life and the life of the mind.

The New Wave has augured in a host of policies designed to protect identity-based sensitivity through the chilling of discourse on a variety of fronts: “trigger warnings” for reading material that might be too emotionally challenging (classical literature and even The Great Gatsby have been “triggered”); “safe spaces” where students are sheltered from challenging or stressful ideas; expansive “bias reporting” policies that can cover even being exposed to ideas contrary to “social justice;” mandatory “sensitivity training;” official lists of verbal “micro-aggressions” to avoid that include such terms as “America is a land of opportunity;” and a growing list of speakers who have been “dis-invited” from speaking engagements. Such notoriously frightening people as Janet Napolitano, Michael Bloomberg, and Condoleezza Rice have found themselves on this honorable list.

Such policies bring to mind Tocqueville’s warning almost 200 years ago in Democracy in America that modern democracy harbors a dark tendency toward the social or political control of not just citizens’ bodies, but their minds as well. That is especially true when the cause involves what Tocqueville called “equality of condition.” Today that prophecy is most telling in—of all places—higher education, whose moral charter historically has been to fearlessly pursue truth while enriching the life of the mind.

But such mind-smothering administrative policies are not enough for some activists who hail from both on and off the campus. How dare a campus group dare to go ahead and invite a speaker deemed insufficiently progressive, and then actually bring that person to campus? What to do if an objectionable speaker somehow sneaks through the cracks?

The answer is obvious: prevent the speech from taking place “by all means necessary.”

So it is not surprising that this next step has erupted nationwide. Four examples stand out: Milo Yiannopoulos’ disrupted speech at Berkeley; Ben Shapiro’s at Wisconsin; Charles Murray’s at Middlebury; and Heather MacDonald’s at Claremont McKenna College. These episodes involved threatening and sometimes violent behavior that drastically disrupted the events.

Activists at Middlebury even pounced on a car bearing Murray and the moderator of the event, Professor Elizabeth Stanger. Stanger was even physically assaulted and hospitalized. Disrupters included students and outside agitators, compounding the problem.

Most Americans have beheld such events with a mixture of disgust, horror, and wonder. They realize that the very idea and reality of the honored principle of the “Open University” is at stake. Many astute commentators have pondered how and why this has come to pass.

The best recent take on the causal background is Frank Furedi’s What’s Happened to the University? Furedi perceives a “prepolitical” form of “emotional correctness” that has superseded the previous “political correctness.” Furedi writes, “There is an important shift from the domain of ideas to that of emotions when people state that ‘I am offended’ instead of ‘I disagree.’”

This new “weaponization of emotions” is a major aspect of the infantilization of students.

An immediate question is more pressing: what to do about this unacceptable state of affairs? Three things are necessary if higher education is to restore its moral charter in deed, not just words.

First, higher education must understand what is at stake and the necessity of upholding its duty to protect and nourish the life of the mind. This is an intellectual problem.

Second, it must have clear rules in place that protect speakers that properly delineate the difference between rightful protest and prohibited disruption. Preventing a speaker from speaking in the forum assigned and from being able to speak in a continuous manner crosses a line. Some schools are already working on such policies, including my school, the University of Wisconsin-Madison.

But none of this will matter unless the third necessity becomes a reality: sanctions for disrupters that have sufficient teeth. Disruptions of speakers strike at the very heart of the idea of an open university. Suspension from the school—the second strongest campus-based penalties—is not out of line given the problem today. And in cases of repeated offense, outright expulsion would be merited.

I might add the right of the country to be a constitutional place.

Rights and principles that lie at the foundation of our constitutional order are at stake. Thomas Hobbes once wrote that a contract not backed by the power of the sword is not a contract. Translated to the predicament at hand: unless meaningful sanctions are exercised when speakers are disrupted, disruptions will continue. School leaders need only the courage and commitment to apply them.

The first step is to apply the sanctions of the criminal law to disrupters who hail from outside the university. It is up to legislators to decide on the severity of sanctions, but such sanctions must be sufficiently strong  to protect the integrity of higher education and our broader commitment to an open society. Strong sanctions should include fines and even jail or prison time for violent disrupters and repeat offenders.

Also, colleges and universities must apply meaningful sanctions to their own citizens who step over the line into disruption. As mentioned, violators may deserve suspension or expulsion.

It is encouraging to hear that some schools are now considering applying substantial sanctions to those who disrupt speakers. For example, The Daily Signal reports that the president of Claremont McKenna has declared, “Blocking access to buildings violates College policy. CMC students who are found to have violated policies will be held accountable.” Middlebury’s leaders have also issued similar statements. Whether they carry through in the face of expected activist pressure remains to be seen.

In the absence of institutional protection of speakers, outside political pressure is now being brought to bear. A couple of months ago the Goldwater Institute in Arizona presented a proposal for legislative protection of campus free speech. The validity of legislative intervention aside, the proposal presents policies that higher education should adopt on its own initiative.

Among other things, the proposal calls for laws protecting the rights of speakers and audiences; meaningful sanctions for disrupters; prohibitions against “dis-inviting” speakers; legal remedies for those who are disrupted; and campus commissions to monitor the status of free speech on campus.

It is both unfortunate and shameful that we have come to the point of having to resort to outside influence in order to right higher education’s ship of state. After all, legislatures often have their own political agendas, and outside pressure always poses the potential danger of undermining the institutional autonomy that is one important component of academic freedom.

But if institutions fail in upholding their end of the social contract, which dictates protecting academic freedom and free speech within their own domains, they open the door to such intervention. The spread of speech disruption threatens not only the academic and intellectual freedom of speakers and audiences. It also threatens to undermine the academic freedom of educational institutions themselves.

It is time for higher education to get its own house in order.

Free Speech Is More Threatened Than Ever and We Must Respond

What Boundaries for Science?