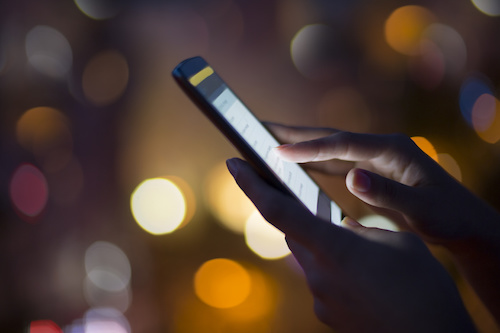 Going through the college process makes no sense. First, kids guess where they might want to go, then pay to apply, wait to hear, and, if accepted, fill out financial aid forms, wait, and eventually learn what it will cost.

My daughter’s story illustrates the issues. She applied to five schools, choosing one because a friend liked it, and another because a cute waiter she had met was there. Two offered discounts in the form of “merit aid” in the $20,000 range, two offered no financial aid, and one didn’t accept her.

Prospects would be better if the college education consumer were in the driver’s seat.Because her 97th percentile SAT scores made her an asset to almost any school, we wondered—too late to apply—which other schools would have accepted her and how much they would have offered in discounts.

As an entrepreneur, this disappointing view from the backseat of the admissions car suggested that prospects would be better if the college education consumer were in the driver’s seat. If college admissions were like other major purchases, students would know up front how much schools would actually cost.

As I dove in, I learned that the admissions torture is two-sided: colleges face equal barriers to finding and competing for students. The current process is the barrier for both sides.

Despite 4 million students each year applying to almost 4,000 4-year colleges and universities, colleges and students still aren’t finding each other. For example, while the vast majority of low-income high achievers don’t even apply to a single selective college, more than 40 percent of private colleges (many of them selective) and 30 percent of public institutions reported missing their enrollment goals in 2016.

The problem is that colleges compete furiously for students behind the scenes, but they only determine and communicate each student’s unique net price to him or her after the student has applied and completed the financial aid application. In sum, students and colleges lack visibility to each other and the actual, out-of-pocket price of attending many colleges is unknowable until it’s too late.

If this sounds like the problem Airbnb and travel websites have already solved for matching capacity, price, and taste, you’re right.

At Higher Admission, by reverse engineering over 50 colleges’ net price calculators, we built and tested a one-off prototype of an app that would upend the current admissions process. Like much of “Big Education,” the legacy admissions and financial aid processes are insular, entrenched, and don’t look kindly on potentially disruptive outsiders. We’re currently seeking funding to onboard insiders and experts that would help us commercialize the software and gain traction among students and colleges.

Whether or not we find investors and develop it fully, Higher Admission has already demonstrated that it’s possible for every high school student interested in attending college to start the admissions process with a list of their unique net prices at schools they are qualified to attend.

Higher Admission is a two-sided platform, roughly similar to Hotels.com. Students download the app for approximately $10.00, and enter a profile with objective data including GPA and test scores; demographic information such as gender, race, family income, geographic location, level of parents’ education, religion, and more; and objective accomplishments.

For their part, colleges upload and can continually massage their criteria and aid amounts—grids that match the students they seek in terms of their objective data—and assign discounts based on desired student profiles. The higher a student’s desirability, the larger the discount they offer.

Without revealing any student’s identity, Higher Admission allows all student profiles to be visible to all participating colleges. When a student’s profile matches a college’s criteria, that college and its unique net price (stated price less federal, state, and college grants and scholarships) appears on the student’s list.

Higher Admission offers benefits to both students and colleges. Examples of how it would work for two hypothetical students show that Higher Admission turns the college application process into something like shopping for big-ticket items students will buy later in life.

Emma is smart and works hard. She has a 3.8 GPA and a 98th percentile ACT composite score. But life in Charlotte, NC, is expensive, and though her family income puts her above the cutoff for government aid, they don’t have much money left for college and would prefer not to go into a lot of debt. Emma is looking only at in-state public colleges.

She and her parents don’t realize that flagship state schools all over the U.S and many very selective private schools are likely to offer her huge discounts that would make the net cost of attending those schools equal to or lower than the net cost of attending a North Carolina state school. Emma downloads our app, spends five minutes entering her objective criteria and discovers her options.

Schools looking for geographic diversity and/or to improve the academic quality of their student body would offer Emma net prices low enough to entice her to apply to their school. With each college’s net price in hand, Emma can search through her list of schools by what matters to her: net price, distance from home, size, public or private, etc. She begins her search with an expansive list of colleges that want her, knowing exactly how much her family will need to borrow to pay for each one.

Jack lives in a small town outside Pittsburgh. He has good grades and scores—a 3.3 GPA and 79th percentile on the SAT. He attends a local Catholic high school, and is proud to be an Eagle Scout. Jack’s parents would like him to consider at least one of the many Catholic colleges in the region, but with their sticker prices approaching $50,000 or more, they are resigned to looking at small state schools with much lower stated prices.

What Jack and his parents don’t realize is that those regional private colleges aren’t able to fill their seats. Almost no student pays full price and, depending on a family’s finances, these colleges offer variable discounts to above average achievers, Catholic high school graduates, and Eagle Scouts. After discounts, many of the area private Catholic colleges would cost Jack’s family about the same amount as the small public colleges. Higher Admission would reveal those prices to Jack upon completion of his profile.

For colleges, Higher Admission provides a flexible tool that allows schools to proactively shape their student bodies by bidding for students.

Each year college admissions teams work to meet enrollment goals with the best possible mix of students. A college can improve its standing relative to other schools in its tier or move up based on the student body because, like an excellent academic program or a great football team, the quality of the student body is itself part of the product a school offers to prospective students.

For a second-tier school, extending a substantial discount to and thereby enrolling a first-tier student makes it more likely to attract other first-tier students, as well as the best second tier students. Similarly, colleges can specifically and privately target and bid on particular groups. For example, if a top tier school wants to attract the highest achieving underrepresented minority students, it can set its pricing matrix to offer all underrepresented minority students above a certain credential floor a sliding scale of discounts all the way up to full tuition and room and board scholarships.

Colleges can change criteria easily, and the prices offered to a student are based on his unique combination of objective data points.

Higher Admission would increase participating colleges’ visibility and market penetration. For schools large and small, being seen by millions of students across the country is physically and financially impossible. But with links to colleges’ websites and social sites on a student’s Higher Admission net price list, each college can market itself effectively to more students.

The first version of Higher Admission was basic and non-automated. Nonetheless, administrators from second and third tier colleges recognized its value to their admissions process and offered millions in discounts to students who entered profiles. Those schools knew they had students to gain, and almost nothing to lose, because their colleges were being seen as affordable, welcoming options by students who wouldn’t have known about them without Higher Admission.

A second iteration became the prototype for an app and delivered the automation that admissions and financial aid officers requested. After reverse engineering institutional aid criteria for more than 50 diverse colleges, students (and the merely curious) were able to input a data profile and instantly see which of the fifty would be likely to accept them and at what cost. In both versions, and any future version, student data remains confidential and anonymous. Higher Admission reveals student identity to the colleges of their choice only at the student’s behest.

Ultimately, Higher Admission could reverse the admission process. It’s an inexpensive, easy-to-use tool that allows students to find and buy postsecondary education the same way they find any other product—shopping by price and quality from their phones and laptops. The application, rather than being the start of the admissions maze, becomes the end point, a final click by the student that sends official transcripts and scores.

We hope Higher Admission catches the attention of potential co-founders and investors who are ready to create a 21st century system that removes price, knowledge, and visibility barriers, better serving students and colleges alike.