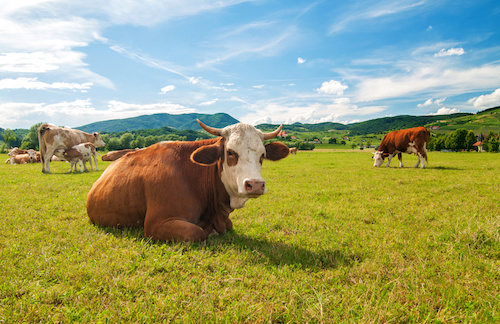 Listening to University of North Carolina at Chapel Hill law professor Gene Nichol’s radical riff ripping trustees and the UNC system’s Board of Governors as cowards, and Republican lawmakers as oppressive racists, one might get the feeling he is on a career suicide mission.

But in an auditorium half filled with fawning university professor compatriots and a sprinkling of idealistic students cheering his mantra that sinister, rich white guys are deliberately pricing poor people and minorities out of public higher education, he was in a particularly safe space on the UNC Greensboro campus on January 30.

Nichol’s analysis of the state of public higher education could be mistaken for paranoia. Aside from his obeisance to identity politics, he claims a war is raging: legislators and campus administrators who don’t emote the cherished academic values that professors do are cruelly and intentionally deconstructing the time-honored tradition of public higher education by defunding it.

“The truth is right now we have a legislature, and we have a Board of Governors that rejects that historic mission of the University of North Carolina,” Nichol said. “They have said [they] don’t care if people are priced out. … And if those people who can’t pay it are poor, and they’re black, and they’re Latino, all the better, because they’re not part of our operation in the first place.”

Nichol’s tirade was a matching—if wildly incorrect—assessment of higher education spending made in a movie that was shown before his remarks. Starving the Beast is a dark and brooding documentary that paints public higher education as being in a death struggle with diabolical, shadowy right-wing figures who want to slash funding.

Higher education appropriations for the UNC system alone total roughly $2.8 billion and account for 13 percent of the overall state budget. Also, a tuition freeze was recently put in place, and student fee increases were capped at 3 percent.

North Carolina is ranked fourth in the nation in various studies in terms of state higher education funding, and fifth in the lowest share of total costs for individuals or families.

And despite Nichol’s claim that there is a conscious effort to financially disenfranchise minority students, the state, among other things, has passed the “N.C. Promise” tuition plan to cut tuition costs by $500 per semester beginning in fall 2018 for in-state, undergraduate students at UNC Pembroke and Elizabeth City State University—two historically minority institutions—as well as Western Carolina University.

Across the country, higher education is accessible to more students than ever, regardless of their socioeconomic status or race. Over the years, as access has expanded, so has higher education funding. Writing for the Atlantic, Paul Campos found that overall state spending increased by an inflation-adjusted 48 percent over the past 35 years, and overall government spending per student is “greater than ever before.”

Nevertheless, Starving the Beast plays off the contention that there is a battle to disrupt and reform America’s public universities through budget cuts and a “very toxic ideology” of consumerism and the use of cost-cutting technology.

The movie contends the traditional value system of professors’ intellectual contributions is being replaced by how much money a course or project generates. The movie is critical of a push by rich donors to establish corporate top-down management to make universities function more like a business, a model that doesn’t work in a university setting that thrives on collaboration and buy-in.

Naturally, the movie looks favorably upon increased spending for higher education, and is critical of officials such as former Louisiana Governor Bobby Jindal, who signed a pledge not to raise taxes that could help to restore funding to Louisiana State University.

The movie’s villains include Grover Norquist, president of Americans for Tax Reform, billionaires such as the Koch brothers and the Walton family, and, closer to home, entrepreneur Art Pope, the John Locke Foundation, Civitas Institute, and Americans for Prosperity North Carolina.

With background string and piano music alternating between foreboding and forlornness, the documentary focuses on recent controversies at the University of Texas, University of Wisconsin Madison, and UNC Chapel Hill.

During his remarks after the film showing, to great laughter from the audience, Nichol jabbed the governors of the three states in which the profiled universities are located.

He said it would be ludicrous to entrust reform of public higher education to “Scott Walker, who had never been to college. And [former governors] Rick Perry and Pat McCrory may have been to college, but show no signs that it had any impact on them.”

Nichol also used his platform to complain, yet again, about the Board of Governors closing down his UNC Center on Poverty, Work and Opportunity in 2015. In his telling, Nichol was innocently doing the Lord’s work in publishing incendiary columns about his poverty research in the state’s two largest newspapers, and was victimized by angry elected officials who didn’t like the heat.

The Board of Governors said they shut down the center because it had shown no demonstrable efforts to seriously address the issues it had been tasked to help solve.

Critics condemned Nichol for using the center—long suspected of being created solely to help former U.S. senator John Edwards launch a presidential campaign—much like an activist front organization to promote his political agenda. (In a controversial move following the Poverty Center’s closure, Nichol opened the North Carolina Poverty Research Fund at Chapel Hill’s law school; except for its title, the new organization is identical to the Poverty Center.)

Nichol weighs in during the UNC segment in Starving the Beast, which purports former UNC system president Tom Ross was forced out because he wasn’t a “yes man” for budget cuts.

Also featured are an interview with Jay Schalin and video clip of Jane Shaw of the then-John W. Pope Center for Higher Education Policy; they weigh in on the Poverty Center controversy and Ross’s departure. (The Pope Center is now the James G. Martin Center for Academic Renewal; Schalin is the Center’s Director of Policy Analysis, and Shaw is the former Pope Center president.) Schalin’s comments did not reflect the full context of his hourlong interview, and parts of the edited version were used to cast some of his remarks in an uncomplimentary fashion.

At any rate, Nichol styling himself as the champion of the poor against the wealthy Huns might strike some as a bit of a stretch. He is paid $211,400 for minimal work at UNC and, according to some reports, has homes valued at over $1.5 million. But he doesn’t let that stop him from throwing thunderbolts.

He accused university administrators and trustees of “going along to get along, and cowing, cowering before every pressure. That’s what we’ve got. Chapel Hill defines that.”

The operative response is “mum’s the word” if the General Assembly tells them “we’re going to try to embarrass and degrade your gay and lesbian students, or we’re going to pass H.B. 2 and require that you treat your transgender students with derision.”

As campuses are inflamed by intolerance of any but far-left views, attacks on free speech, and violent riots to shut down conservative speakers, as occurred last Wednesday at UC Berkeley, Nichol sees university students as impressionable pawns to be conscripted into his social justice agenda for the university and larger worlds.

“Clearly what’s called for is massive engagement,” he said. “The state of North Carolina is involved in a massive fight for its own decency. It’s all hands on deck.”

Boards of governors and trustees get “very nervous with student activism,” Nichol said. “I hope it will be massively deployed.” But he doesn’t appreciate the UNC Board of Governors having a precautionary campus police presence at its meetings due to past disruptions and physical scuffles.

“[Former UNC system presidents] Bill Friday and Frank Porter Graham would weep to see such an event,” Nichol said. “We’ve got a Board of Governors who revels in it. They think it’s an exercise in their power of the sword.”

“Our future lies with public higher education,” Nichol said, and “this film raises really complex issues.” He may very well be right on the first point, and certainly correct on the latter. But what is not needed in the search for solutions to complex public policy issues, reasonable people might agree, are scorched earth character attacks and simplistic appeals to a one-dimensional worldview.