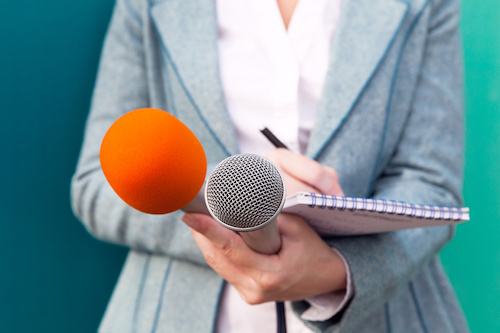 Honest reporters and editors have asked a hard question since Election Day: How could we have been so staggeringly wrong about so much in 2016?

On December 8, Dean Baquet, executive editor of the New York Times, offered one possible answer in the form of a confession: “We don’t get religion. We don’t get the role of religion in people’s lives,” he said on the NPR show Fresh Air. “I think that the New York-based and Washington-based…media powerhouses don’t quite get religion.”

Then he added: “I think we can do much, much better.”

This is a minority view. Too many colleges and universities have replaced the shared experience of a core curriculum in the liberal arts with job training and specialization. This includes journalism programs, which have proliferated to nearly 500 in total, including more than 220 master’s programs and more than 50 doctoral programs, according to a survey by the University of Georgia.

What do these students learn? Next to nothing, apparently, about faith—one of the most fundamental forces in human life.

Mark Twain—who was better known in his own time as a journalist than as a novelist—supposedly once quipped: “I have never let schooling interfere with my education.” We might update his remark for the present: Never let journalism school interfere with your education in journalism.

I probably shouldn’t say this. As director of the Dow Journalism Program at Hillsdale College, I make a good part of my living by trying to teach journalism in classrooms. Yet I’ve come to believe that the best preparation for a career in journalism occurs outside of journalism courses.

I mean this in two ways. First, people learn journalism by doing journalism. Think of it like shop class: Students don’t discover how to use tools by listening to lectures or reading books. Instead, they pound hammers, twist screws, and cut boards. It helps to have a mentor—a good teacher—but ultimately the learning requires the doing. The best teacher is the experience.

Journalism is the same way. Students don’t figure out how to tell good and accurate stories from prattling professors. We can give pointers, show examples of outstanding work, and answer questions. Ultimately, however, our charges must struggle with the basics of reporting, composition, and editing.

The late film reviewer Roger Ebert once made an observation about good writing: “The Muse visits during the process of creation, not before.” In other words: Don’t think about the work. Don’t imagine doing the work. Just do the work. Or: Don’t waste your time listening to journalism professors. Do the journalism.

I’m not saying that students should avoid journalism courses altogether. Journalism teachers can help students identify story ideas, conduct interviews, and understand the benefit of reading Strunk & White’s The Elements of Style. It helps if we can speak from our own experiences in the profession, bringing real-world examples into the classroom. A student recently asked me: Should I call the parents of the young man who just committed suicide? Answer: Yes, but first let’s talk about how.

We can also help our students become better writers. When it comes to the value of serial commas or the matter of when it’s okay to cuss in print, I have routines—they’re almost performances. And don’t get me started on the misuse of “literally” and “figuratively.” Or do get me started, because I’ll tell a series of jokes about Vice President Joe Biden, with the goal of making it difficult to confuse the two words ever again. I’m bipartisan: “Enormity” doesn’t mean what a lot of people think it means, and to illustrate its sometimes hilarious mishandling, I rely on former President George H.W. Bush.

Ultimately, however, students should get out of classrooms and into newsrooms, where they can practice journalism: Now that we’ve discussed those forlorn parents, go ahead and make the call.

Here’s one mark of a good journalism program: It puts a campus newspaper or a radio station at its center. Here’s another: It doesn’t overdose journalism students on journalism courses. At my college, journalism is not a major—it’s a minor, which puts the subject in its proper place.

Too many courses in journalism squeezes out courses in other areas, such as economics, history, and the sciences—all of them offering excellent preparation for careers in the media.

If a problem among journalists is that not enough of them “get religion,” then the best fix for today’s students is not another a quasi-sociological course on “media and society.” It’s not even a new course on “media and religion.” Instead, it’s old-fashioned cultural literacy, as transmitted by the liberal arts: Read great books and authors, starting with the Bible itself and working through everyone from Augustine to Maimonides to C.S. Lewis.

Much of this education can take place informally. It doesn’t take a professor’s syllabus. Read Daniel Defoe’s The Storm, an early work of journalism (and a pre-alpha version of the Weather Channel) that confronts the undying question: What hath God wrought? Read about how the Christian fervor of William Lloyd Garrison inspired him to start an abolitionist newspaper. Read H.L. Mencken’s irreverent coverage of a revival meeting. Read how Fulton Sheen took advantage of television, and then listen to what he actually said. Read Mindy Belz on the persecution of Christians in the Middle East right now.

Whatever you do, though, keep the journalism coursework to a minimum and make sure to learn the right things. This approach may not help you understand the baffling politics of 2016—but it might, and more important things as well.

What’s Wrong with Our Journalism Departments?