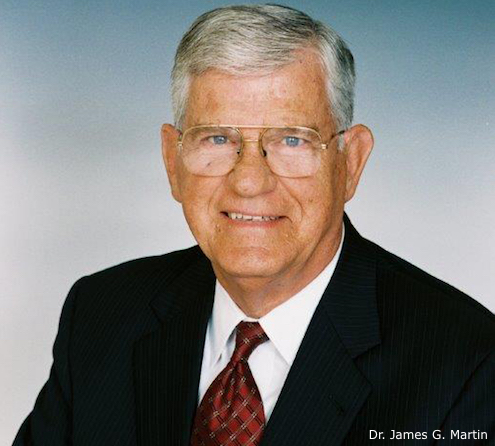 Last year, the Pope Center’s Board of Directors decided that there was too much confusion between the Center and the John W. Pope Foundation, a private grant-making foundation in Raleigh, North Carolina. It concluded that a name change was in order. The name chosen was the James G. Martin Center for Academic Renewal.

James G. Martin is the former governor of North Carolina who served from 1985 until 1993, following six terms as a member of the U.S. Congress. As governor, Martin was known for his interest in education. He holds a Ph.D. in chemistry from Princeton University and taught chemistry at Davidson College for twelve years. During his time at Davidson, Governor Martin was already shaping higher education policy. Martin helped design Davidson’s Blue Sky Curriculum, which encouraged independent study and broadened course offerings.

Martin was the first elected official to receive the American Chemical Society’s Charles Lathrop Parsons Award for outstanding public service by an American chemist. He was a corporate vice-president of Carolinas HealthCare System. Later, he was a member of the North Carolina government relations practice of McGuire Woods Consulting. He also served for three terms as a Mecklenburg County commissioner. Martin headed an investigation into the athletics scandal at UNC-Chapel Hill in 2012.

The Center’s mission and goals can be found here, and its history, which spans almost 30 years, can be found here. Below is a video of Board members John Hood and Dr. Martin discussing the name change at a recent banquet.