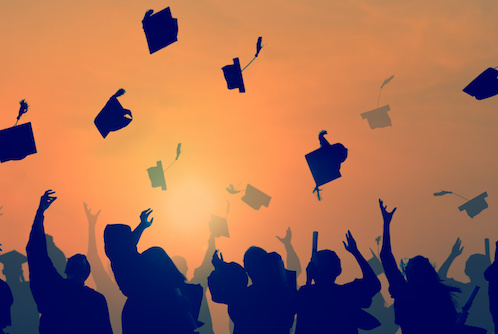 During last week’s hearings on President Trump’s nominee for Secretary of Education, Betsy DeVos, Senator Bernie Sanders asked her, “Will you work with me and others to make public colleges and universities tuition-free through federal and state efforts?”

That, of course, was an idea that he and Hillary Clinton supported in last year’s presidential campaign—free tuition.

She replied that the idea was “interesting,” but quickly added this fact that so often eludes politicians: “Nothing in life is truly free—somebody is going to have to pay for it.”  Sanders acknowledged that, then went on to say that it “takes us to another issue.” (Video and text of the exchange is available here.)

Too bad that DeVos didn’t further enlighten Senator Sanders by pointing out that the federal government has no authority under the Constitution to make public colleges “free” or, for that matter, to control them in any way at all. Still, her answer made it clear that she doesn’t fall for the collectivistic notion that people shouldn’t have to pay for education.

But Senator Sanders did recognize that the states can pursue “free” college policies if they choose and two governors recently announced their intention to do so: Andrew Cuomo of New York and Gina Raimondo of Rhode Island.

On January 3, Governor Cuomo set forth a plan to make college at New York’s public institutions free, but only for individuals or families with annual incomes of less than $125,000.

In explaining the reason for his plan, Cuomo resorted to the conventional wisdom that a college education has become a necessity, declaring, “A college education is not a luxury—it is an absolute necessity for any chance at economic mobility, and with these first-in-the-nation Excelsior Scholarships, we’re providing the opportunity for New Yorkers to succeed, no matter what zip code they come from and without the anchor of student debt weighing them down.”

The governor’s rationale neglects two crucial facts—that many people do in fact enjoy “economic mobility” even though they never earned any college credentials and that many others are not enjoying much economic mobility despite having college degrees.

In short, college is neither a necessary nor a sufficient condition for success, but Governor Cuomo is eager to spend a lot of tax dollars (the program is estimated to cost about $163 million by 2019) to help more citizens obtain credentials at the state’s colleges and universities.

Bernie Sanders was present at Cuomo’s announcement and voiced his support. “If we are going to have an economy that creates jobs, we must have the best educated workforce in the world,” he stated. The senator’s mistake here is in thinking that “best educated” means “the most people holding college degrees” when what we should want is the optimally educated workforce, which we won’t get through government subsidies for particular government institutions of higher education.

In nearby Rhode Island, Governor Gina Raimondo stated on January 16 that she wants to make two years in the state’s community college system tuition-free for students pursuing associate degrees. And for students who enroll in either Rhode Island College or the University of Rhode Island, the third and fourth years would be free. Unlike the New York system, there is no income limit on the free tuition benefit, but students would have to maintain at least a 2.0 GPA to remain eligible.

Quoted here, Governor Raimondo explained, “When I was my children’s age, most jobs in Rhode Island required nothing more than a high school degree. But for all of our kids, that’s not the case anymore.” That’s the same logically-problematic rationale as Cuomo’s and Sanders’s: more years of formal education are now needed, so government must subsidize it more heavily.

One of the objections to these plans is that free tuition at public colleges and universities would obviously make it more difficult for the private schools in New York and Rhode Island to survive.

Private college associations hope to persuade state legislators to include their member schools in the new subsidy plans. Daniel Egan, president of the Association of Independent Colleges and Universities of Rhode Island told Inside Higher Ed that he supports Governor Raimondo’s interest in college affordability, but argues that she should seek to help students in all types of institutions.

Susan Scrimshaw, president of The Sage Colleges (three private colleges in Albany and Troy, NY) was quite pessimistic, telling the Albany Times-Union, “My guess is a lot of smaller, tuition-dependent private colleges won’t survive something like this. And then you’ll have made the public colleges bigger, the classes bigger. You’re probably going to have to spend more money on facilities.”

It is hard to see how free tuition at public colleges and universities wouldn’t lead to some downsizing at competing private institutions and perhaps, as Scrimshaw suggests, the closure of at least a few. State taxpayers and the legislators who represent them should think about the trade-off that these “free college” plans entail, namely a shift of students away from schools that had been operating on their own and toward schools that subsist on tax dollars.

They should be particularly worried about the possibility that “free tuition” plans will open the floodgates to spending that state higher education interest groups are clamoring for. Consider the statement issued by Barbara Bowen, president of the faculty union representing professors in the state colleges and universities: “Free college is only half of the solution. A progressive vision for New York’s middle class should include not just a college education, but a high-quality college education. Important as investing in college affordability is, it does not substitute for desperately needed investment in basic operating funds.”

The union sees this as an opportunity to get “full funding”—or at least more funding. Taxpayers should worry that it will mean diverting more scarce resources into dubious college spending.

But the greatest problem with these schemes and indeed all student subsidies is that they undermine the incentives to strive for education. That is, to get the most out of it because you are paying for it.

Jordan Morgan, a student at the University of West Florida, explained the point in this piece: “You work hard in college because it is important to you. You work hard because it isn’t free. If college were free, students would become nonchalant about their work and their grades. If all those credits were free, students wouldn’t worry about working hard for them because they can just get some more, right?”

There is evidence to support Morgan’s common sense observation that students try harder when they have paid for their education.

In a paper published in the American Sociological Review in 2013, Professor Laura Hamilton concluded, “Parental aid decreases student GPA, but it increases the odds of graduating…. Rather than strategically using resources in accordance with parental goals, or maximizing on their ability to avoid academic work, students are satisficing: they meet the criteria for adequacy on multiple fronts, rather than optimizing their chances for a particular outcome. As a result, students with parental funding often perform well enough to remain in school but dial down their academic efforts.”

It follows that if the money to pay for college is coming from a far more remote source than their family (i.e., the state), students will feel even more inclined to enjoy the college experience and coast by with the minimum of effort.

The most important investment in education is not the money spent on facilities, but the investment students feel in their education when they have a stake in it. Free tuition reduces if not entirely destroys the need for students to strive for the best possible results.