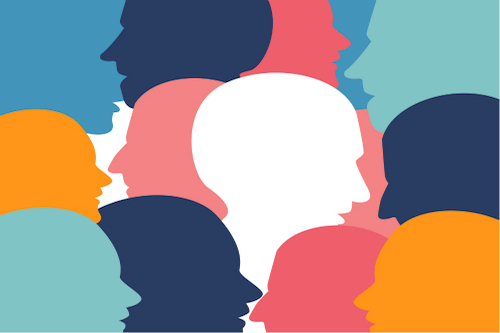 At the school where I taught for almost 35 years, the University of Wisconsin—Madison, campus leaders continue their rush to respond to the BlackOut demands put forth by black student leaders last spring. As at many other universities in recent years, the administration has chosen to placate student radicals in ways that balkanize the campus and interfere with its educational mission.

The latest example is the creation of a center for black students in the university’s centrally located, historic Red Gym. According to the Dean of Students, Lori Berquam, “its goal is to provide black students in particular with a place to study, collaborate, and get support from staff members in the Multicultural Student Center, another office in the Red Gym.” She added that students of all races will be welcome in the center.

Most interesting is her comment: “Our students want action, and this is a tangible example of the campus’ and the chancellor’s commitment to a more welcoming campus climate.”

But whether this center leads to a more “welcoming campus climate” is doubtful. I think it’s more apt to reinforce the unhealthy, separatist ideas that have been driving black student protests for the last few years.

Since last spring, the chancellor has hastily implemented two other responses to the black student demands. One is to eliminate “hate/bias incidents” by defining and establishing a system for reporting these incidents. The other is to require “cultural competency training” for all faculty, staff, and students.

Again, it is hard to see how those changes will actually make UW a better learning environment. Supposedly, they enhance “diversity,” but the word “diversity” is now used in so many different ways that it has lost much of its original meaning.

For many years, diversity referred, and still does, to efforts to increase the campus representation of “targeted” minorities, meaning African Americans, American Indians, Hispanics/ Latinos, and South East Asians. But in the last decade, campus leaders have given the word a new and expanded meaning. It now refers to an ever-growing list of “differences” among groups of students that are “protected” under current diversity plans and programs.

In other words, campus “diversity” entails not only having a critical mass of students from various groups, but also trying to ensure that those students never suffer any of the annoyances that are a normal part of life.

Hate or bias incidents are actions contributing “to a hostile campus environment and can occur even if the act itself is unintentional or delivered as a joke, prank, or having a humorous intent.”

“Micro-aggressions” are defined as “social exchange[s] in which a member of an advantaged group says or does something, often accidentally, that belittles and alienates a member of a marginalized group.”

Students face the challenge of weaving their way through a minefield of possible “hate/bias” and “micro-aggression” transgressions, against any student who might be in one or more of the 25 protected groups listed in the Chancellor’s new 2016 diversity programs. Doing so will probably mean a loss of freedom of expression, since students will fear to discuss much of anything beyond the perennial and presumably safe topic of sports.

To avoid trouble, students would be well advised to always choose their words with extreme care and perhaps even keep their mouths shut. Recently at nearby Edgewood College, campus officials declared that a post-it note poking fun at Hillary Clinton’s supporters was “hate speech.” If something so innocuous calls for an investigation, students will figure out that the safe course is to say or write nothing that might offend anyone in one of the numerous “protected” groups.

Just one year ago, the UW Board of Regents approved a new statement on Academic Freedom and Freedom of Expression. An important provision of the statement says, “Although the Board greatly values civility, concerns about civility and mutual respect can never be used as justification for closing off discussion of ideas, however offensive or disagreeable those ideas may be to some members within, or outside, the university community.”

The administration’s “diversity” programs are almost certain to conflict with the Regents’ statement. Freedom of speech might come out on top, or it might not.

Also worrisome is UW’s cultural competency training program for incoming students. Instead of encouraging robust, civil discussion, this new training program will likely cause already anxious freshmen to worry even more about what they might say for fear of offending other students.

The workshop materials used by facilitators employ a variety of game-playing and discussion techniques designed to help create an inclusive campus community. Community Guidelines are laid out to show how students can converse and learn from each other and in the process promote greater “diversity, inclusion, and social justice.”

The central focus seems to be on “microaggressions” (defined above). But one wonders why the university should be in the business of labeling some groups of students as “advantaged” and other groups as “disadvantaged” or, even worse, as “marginalized.” Who are these “marginalized” students? How are they “marginalized”? Who is “marginalizing” them?

No answers are provided. If UW is labeling some students as “marginalized,” that could itself be regarded as a microaggression.

What new freshmen truly need is guidance on how to engage in robust debate. They should be taught something about constitutionally protected free speech under the First Amendment. They need to be acquainted with the Board of Regents statement on academic freedom and freedom of expression.

Above all, they need to know how reasonable, educated people in a university setting converse and interact in a civilized way.

UW’s obsession with “bias” and “microaggressions” won’t help students learn that. Instead, it encourages a divisive mindset that encourages students to complain about each other when they should be learning how to reason with each other.

Wisconsin won’t admit it, but its new egalitarian policy leads to grading quotas

The University of Wisconsin’s latest diversity plan calls for “equity” in high-demand majors and the distribution of grades.