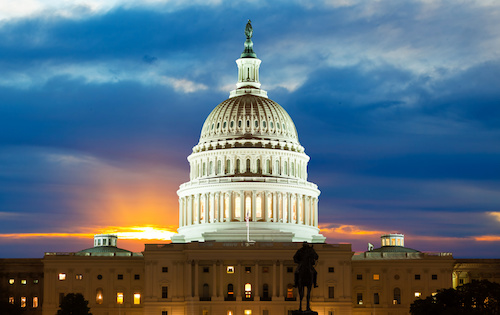 Accreditation is supposed to act as a quality guarantee for colleges and universities, but it works very poorly. Students can and regularly do graduate from accredited schools without having learned anything. It’s as if toasters with the Underwriters Laboratories seal were prone to shorting out and catching fire.

We know, for example, that a large number of “student-athletes” received a bogus education at the University of North Carolina at Chapel Hill despite its accreditation by the Southern Association of Colleges and Schools.

We also know that many students who had enrolled at the now-defunct ITT Tech chain were paying for, as education writer Stephen Burd notes “Instructors (who) often didn’t know much about the subjects they were teaching. Some would read straight from the text book, while others would tell students to ‘google the answers.’ A few didn’t bother showing up for class at all”—despite the fact that ITT was accredited by the now suspended Accrediting Council For Independent Colleges and Schools. (Read much more about the widespread charges against ITT in Burd’s article.)

And, for a more generalized indictment of accreditation, we also know from the research of Richard Arum and Josipa Roksa in their book Academically Adrift that more than a third of recent college graduates completed their studies without making any detectable gains in cognitive ability.

Of course, many colleges do have high-quality courses and programs. That is not because they’re accredited, however. It’s because they have to compete for serious students.

Not only does accreditation fail to ensure that colleges won’t pocket students’ money in return for faux education, it has other bad side effects. Manhattan Institute scholar Preston Cooper points out in this report that many of the commissioners on accreditation agencies appear to have conflicts of interest because “The vast majority of these commissioners are employed at institutions that their agency accredits….”

Although the accreditation bodies have rules to prevent commissioners from directly voting on their own schools, that doesn’t eliminate the problem. For one thing, Cooper observes, interested commissioners may engage in “logrolling”—i.e., favoring another school in return for another commissioner favoring his. But more significantly, Cooper points out, “commissioners can design standards unfavorable towards schools that are seeking to gain accreditation.” In other words, accreditation can help protect existing schools from new competitors.

So the accreditation system doesn’t guarantee quality but helps to keep out competitors who might be superior. Perhaps it is time to think about improving the system.

Accreditation never mattered much in the days when it was purely voluntary, but that stopped when the federal government got into the business of helping students pay for college and chose to make only accredited colleges eligible to receive federal money. Thus, the accrediting agencies found themselves acting as the gatekeepers for the huge flow of federal money into higher education.

It wasn’t a bad idea at the time (1952) but things are much different now. Perhaps 2017 will be the year when we make changes. Interesting bills have been introduced in Congress that would do that.

Senator Mike Lee of Utah and Representative Ron DeSantis of Florida are sponsoring a bill they call the HERO Act (Higher Education Reform and Opportunity). The key feature of their bill is that it allows the states to establish their own accreditation systems.

Allowing the states to decide where federal money could go would, they write, break “the bureaucratic iron triangle—the Department of Education, regional accreditors, and colleges and universities—that acts as a kind of cartel that stifles new, innovative education models that could bring down the cost of acquiring the skills that are critical to securing good jobs….”

If the Lee/DeSantis bill were to become law, postsecondary accreditation would change in several ways.

First, state government could (but wouldn’t have to) create their own processes for accrediting educational programs. They would then have the same power as now resides exclusively in the federal Department of Education to select programs and institutions that could receive Title IV grant and loan money.

Second, these newly state accredited schools wouldn’t have to be just what we recognize as colleges. They could be any form of postsecondary education that can be applied toward a degree, a credential, or professional certification. This encompasses vocational schools, apprenticeship programs, and even individual online courses.

Third, the states would have to enter into an agreement with the Secretary of Education covering such matters as the state entity to be responsible for accreditation and its standards. They would also have oversight responsibilities for the programs they accredit and would have to report on their success to the Secretary.

This legislation has the merit of bringing the country back in the direction of federalism. Under the Constitution, the federal government is not assigned any role in education but now dominates the sphere of higher education. Breathing some life back into federalism would be good. A problem lurks, however.

That problem is the potential for the bad effects of Washington’s student aid policies to spread further when states can decide to allow educational programs to start accepting money that the feds have given or loaned students.

Currently, there are many unaccredited postsecondary education and training programs that are doing just fine in a free market environment, such as the burgeoning coding academies that Alec Dent wrote about in this article. If they became eligible to take federal student aid money, would they raise tuition (as the Bennett Hypothesis suggests is likely)? And once they begin accepting government funding, will they begin suffering from the U.S. Department of Education’s onerous regulations?

The HERO Act, in short, could be a mixed blessing.

The other bill to change the accreditation system is one sponsored by Senators Marco Rubio (R-FL) and Michael Bennet (D-CO). Their “Higher Education Innovation Act” would create an alternative to the present system, an “outcomes-based process for authorizing innovative high-quality education providers.”

Under the Rubio-Bennet bill, the Secretary of Education could approve “innovation authorizers.” In turn, those “authorizers” would designate any sort of postsecondary educational institution or program as eligible to receive federal student aid money if it “leads to proficiency in a set of marketable skills or competencies” or “an industry-recognized credential that meets the requirements for licensing” in some field.

To remain eligible for federal student aid funds, however, these programs would have to meet certain performance standards, including pass rates on licensing exams, employment rates for students, and loan repayment rates.

Writing about the bill here, Senator Rubio states, “We can start by supporting the many innovative education approaches that have sprung up in recent decades, including technical schools, online colleges, and other alternative institutions. They help people get the advanced training and skills they need with more flexibility, lower costs, and less debt than most traditional colleges and universities.”

If this legislation became law, it could prove beneficial by weakening if not destroying the damaging notion that getting a college degree is the path to success. Many students who aren’t well prepared for or much interested in the standard college degree would probably now consider other options. That would be good.

On the other hand, widening the scope of federal funding through these “innovation authorizers” could lead to the same problem as I noted with the HERO Act, namely that successful alternatives now in existence would be subject to Department of Education regulation.

These aren’t bad bills, but they have unintended consequences we’d later regret and neither is a step toward what should be our ultimate goal, which should be to get the federal government out of financing and regulating postsecondary education.