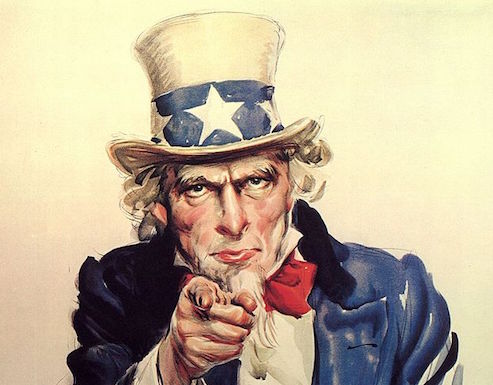 It was a bad idea for the federal government ever to get into the business of financing college with its various grants and loans, but at least in the old days, most of the money loaned was eventually repaid. Now that the overselling of higher education has boiled over, politicians are eager to show their “concern” for students who have trouble repaying, (and sometimes who aren’t having trouble) with programs to let them escape their debts.

Currently, the federal government has two large initiatives going that allow students who have loans to avoid paying them in full. One is the Public Service Loan Forgiveness program (PSLF). It forgives large amounts of debt for those who take “public service” jobs after graduation. The other is the Education Department’s Borrower Defense to Repayment rule, which makes it possible for students to escape their debts by claiming that the school they went to misrepresented the probability that they would find good jobs after graduation.

Back in 2007, Congress enacted two measures intended to relieve the debt burden students have taken upon themselves. (And, I must add, zero measures intended to prevent students from binging on foolhardy borrowing.) One was Income-based Repayment (IBR), which allows students to cap their monthly payments at a percentage of their adjusted gross income (originally 15 percent, but lowered to 10 under Obama), with the government forgiving all remaining debt after 20 years of payments.

The other program was Public Service Loan Forgiveness (PSLF), which allows student debtors to use IBR to cap monthly payments, but receive the government’s golden ticket of forgiveness after only ten years of payments. To qualify, a student must work in a non-profit organization or government job. The reach of PSLF is immense, covering about one quarter of all employment in the U.S.

PSLF is tantamount, in many instances, to unlimited free borrowing for graduate or professional degrees by individuals who want to enjoy the security, benefits, and (mostly) good pay of the “public service” sector. In his September 2016 paper “The Coming Public Service Loan Forgiveness Bonanza,” Jason Delisle of the American Enterprise Institute explains, “a student who pursues a Master of Education or a Master of Social Work, who accumulated a loan balance of $28,000 during his studies, is likely to have all of the money he borrows for his graduated education forgiven.”

Students are smart enough to figure out that PSLF lets them pocket a great deal of money, courtesy of federal taxpayers, if only they manage to get into a qualifying job and work there for ten years. PSLF enrollment has grown rapidly (at present, more than 431,000 individuals; see the chart included in Delisle’s article), but that number will undoubtedly increase as more learn about this windfall.

Medical students are making great use of PSLF. More and more doctors work in government-run hospitals and clinics and therefore qualify for loan forgiveness. In this Wall Street Journal article from last November, Dallas-based consultant Dale Molldrem stated that between 75 and 80 percent of the new doctors his firm advises are planning to take advantage of PSLF. He’s helping them to become “savvier about the program.”

Most people earn far less than doctors do, but their tax dollars are covering a big part of the investment doctors made in themselves by going to medical school and then taking a job with a non-profit entity.

There are two main consequences of PSLF. First, it diverts a great amount of money from the U.S. Treasury into the hands of individuals who have taken advantage of the system. Delisle quotes estimates that it will be around $12 billion over the next decade.

And second, it distorts the market for higher education, encouraging universities to offer more programs that lead to government employment and at higher cost, since they know students are not price sensitive when it comes to getting such credentials. They know their accumulated debt will be wiped out.

Turning to the Borrower Defense to Repayment (BDR) rule, it too enables students to escape paying off their college loans. What triggers BDR is a student claim that any “acts or omissions” by the school were misleading with regard to the probability that completing a degree will lead to good employment.

In other words, if a school has exaggerated its job placement data or failed to disclose that many graduates don’t find “suitable” jobs, students can demand that their loans be discharged. But in this case, the loss doesn’t fall (at least initially) on the schools themselves since they are obligated to repay the government the amount of the defaulted loans.

BDR has been around since 1994, but it was rarely used until recently. The event that breathed life into the rule and set the Department of Education to writing a new and more expansive version was the collapse of the for-profit chain Corinthian Colleges, which was found to have made false statements about its job placement rates.

Under the current rule, more than 25,000 former Corinthian students have applied for cancellation of their loans and the Education Department has already processed over 4,000 claims, discharging $73 million in debt. The remaining worth of the bankrupt business won’t cover even a small fraction of the claims, so the loss will fall overwhelmingly on the taxpayers.

The Education Department’s rewrite of the rule isn’t scheduled to take effect until next year, but it expands on the old one in several key respects. One is that it allows students to demand loan forgiveness even if the school did not deliberately misrepresent facts about itself.

That will put many colleges on thin ice because most don’t have accurate data on the post-graduation occupational successes or failures of their graduates. They send out questionnaires to grad six months to a year after they get their degrees, but often the reply rate is low, and those who have landed good jobs are more likely to respond than those who haven’t.

So if a school claimed that 80 percent of its grads found jobs in their fields of study within a year based on its surveys and a disgruntled student who didn’t could show that number was inflated or misleading, he could qualify for loan cancellation. The school would be obligated to repay the government.

This is where lawyers enter the picture. They’re expert at digging to unearth the grounds for legal claims. In a recent Inside Higher Ed article, writer Paul Fain pointed out that law firms are already searching for students who will file claims.

Also, the new rule applies to non-profits as well as the for-profits like Corinthian and ITT that have so far been the Education Department’s targets. That worries many small and financially precarious colleges.

Another aspect of the new rule is that colleges must make various disclosures to prospective students, such as financial difficulties they’re facing. And if they are under investigation by federal or state authorities for an array of possible infractions, they would have to not only disclose them, but also must set aside funds equal to ten percent of the federal grants and loans they received the previous year to reimburse students if the school collapses and the students can then refuse to pay their loans.

Among those who are worried about the new rule is Brian Johnson, president of Tuskegee University, an historically black school. Johnson is quoted in this Wall Street Journal article saying that the rule would severely damage schools like Tuskegee that accept many students who might struggle with college. “Are we only going to take students that can graduate?” he asks.

In short, the new BDR rule is certain to have many unintended, harmful effects that will require further administrative tinkering to ameliorate.

The effect that cannot be ameliorated, however, is that both PSLF and BDR will heap more of the cost of our wasteful and ineffective higher education system on American taxpayers. Instead of trying to reduce that cost, the Education Department is just spreading it around.