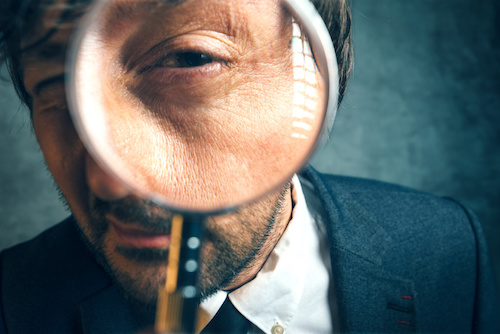 The Gallup Organization and Inside Higher Ed co-hosted a conference in Washington on September 15. They called it “Not Out of the Woods: Colleges, Diversity and Affirmative Action after a Year of Protest and Court Battles.” Most of those in attendance were university officials of one kind or another.

I was the sole participant who takes a negative view of racial preferences in college admissions, which I regard as both legally defective and educationally damaging, among other pernicious defects.

Two subjects were up for discussion: the legal environment for racial preferences in college admissions following the Supreme Court’s recent decisions in Fisher v. University of Texas and a Gallup poll showing low levels of approval for racial preferences among the public. I spoke mainly on the former, but as to the latter, Ashley Thorne of the National Association of Scholars observed in this essay that “Educators and student affairs administrators found the survey results mysterious but chalked them up to white privilege, bias, and ignorance.”

I was introduced by Scott Jaschik of Inside Higher Ed who explained that my organization (the Center for Equal Opportunity) opposes racial preferences and then added, “For those of you who think you’re safe, Roger is watching you.” He’s right.

In my presentation, I argued that, following Fisher, college officials have three options.

First, they can choose not to use racial preferences at all.

Second, if they do consider a student’s race in admission decisions, they can do so in ways that are narrowly tailored to some legitimate objective (not merely to fill an arbitrary quota), showing that they have first tried race-neutral options. That is, they can follow the legal constraints that have been put on using racial preferences.

Third, they can use racial preferences illegally. But schools that appear to do that will be scrutinized, hit with Freedom of Information Act requests, and possibly sued.

I went on to explain why colleges should drop racial preferences: they are not only legally problematic but widely unpopular with the public, as the poll showed; using race as a proxy for disadvantage is unjust and inaccurate; and schools that don’t use preferences avoid a host of problems including stigmatization, resentment, mismatch, and the encouragement of an unhealthy obsession with race.

My arguments were not greeted with wild applause. As Ashley Thorne (who stayed for the entire event, which I could not) wrote in her essay, “The room seemed tense after Clegg spoke, but his fellow panelists and the audience basically ignored the substance of his remarks and did not refer to him again the rest of the day. After that panel, the atmosphere settled into one of complacency and the assumption that everyone agreed that racial diversity has educational benefits.”

An excellent example of that complacency was this statement by one of the members of my panel, Art Coleman (managing partner and co-founder of the Education Counsel): “Forget the law.” If you want to do the “educationally right thing,” he declared, you should figure that out first, then the law. The University of Texas, Coleman stated, had told the Supreme Court “what the law should be.”

I agreed with Coleman that it is important to keep in mind that none of the Court’s decisions on racial preferences in university admission—Bakke, Gratz, Grutter, and Fisher I and II—has reversed any of the other decisions. And those decisions, while unfortunately keeping the door open for racial preferences, have also put constraints on their use. Schools must, the Court has held, document that the use of such preferences is the only way to achieve the “educational benefits” of a “diverse” student body

And despite Coleman’s rather inartful suggestion that schools “forget the law,” he himself has actually made clear over the years that they should not do so, and has himself described the hoops that need to be, and should be, jumped through. Colleges that don’t comply with the law risk lawsuits.

I corrected Mr. Coleman’s suggestion that all of the justices accept the purported “educational benefits” of “diversity” as being a “compelling” enough interest to justify racial discrimination.  There’s certainly no reason to think that the Chief Justice, let alone Justice Alito and Justice Thomas, accept the claim that diversity produces any educational benefits, much less ones so substantial as to justify discrimination against American students who are not classified as being in a “diverse” group.

I also disputed Coleman’s suggestion that treating people without regard to skin color somehow deprives them of their “dignity.” I think it’s the other way around.

Morality aside, the problem with breaking the law here is that schools will be caught.

My organization, the Center for Equal Opportunity, has filed many, many FOIA requests with universities over the years, and that’s not going to change. We will ask for all documents related to the various hoops that schools are supposed to jump through: for example, the studies that Justice Kennedy wants done, the consideration of race-neutral alternatives, the periodic review of racially preferential measures, and so forth.

Schools that respond that they have no such records are admitting that they have not done what the law requires of them. They cannot blissfully engage in racial preferences without a paper trail, no matter how much officials may believe that they’re “doing the right thing.”

Trustees and alumni should take note of this. No matter how sympathetic one is to political correctness, it is irresponsible for a school to break the law and set itself up for a ruinous lawsuit.

Which brings us back to my message for college officials: You are being watched.