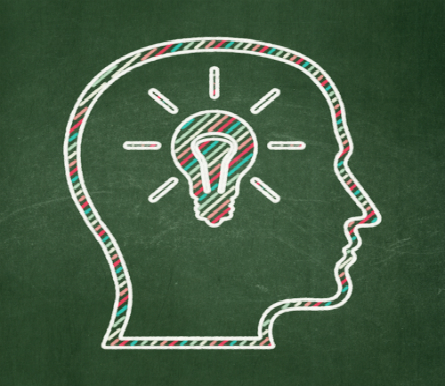 After running an SAT/ACT Prep company for a couple of years, I became convinced that the “SAT or ACT” question is even less important than “Coke or Pepsi?” Anthony James-Green, test prep expert and “tutor to the 1 percent,” argues that “The New SAT, which launched on March 5th of 2016, is basically a carbon copy of the ACT—it was designed to be just that.”

But what is the purpose of college and a career? A nice paying job? A respectable title? Nicer stuff?

Those questions are important as they ultimately shape the content of the test. The reading texts used in the SAT/ACT reflect that content really doesn’t matter.

Professor Andrew Seeley of Thomas Aquinas College articulates this well. After reviewing a practice SAT, Seeley wrote, “One widely available practice test is dominated by selections that present information of little to no interest to anyone without a particular, momentary need, in language typical of textbooks or newspapers.” Seeley goes on to list and describe numerous passages from the SAT and ultimately concludes that “high scores will be achieved by those who can analyze and edit such meaningless selections.”

All testing is pedagogical. When logic, philosophy, theology, and ethics are missing from the most important test a student will take, students may reasonably conclude that those subjects don’t matter.

The SAT and ACT have a far bigger impact than a few lost Saturday mornings spent preparing for and taking a test. These tests affect school curricula. Over the past year, I have discussed the larger role of the SAT/ACT with dozens of headmasters and high school principals. Many have relayed to me their conversations with parents and the pressure they are under to put students in front of the type of material they are most likely to see on the SAT/ACT.

Unfortunately, the content of the SAT/ACT reflects an impoverished philosophy of education that stands in sharp contrast to the traditional or classical understanding of why we educate our children. For those in the Western tradition, the formation of the human person, the formation of the heart in virtue, always stood paramount when considering the rationale for education. Plato put it this way: ”The object of education is to teach us to love what is beautiful.”

If developing virtue in our young people is the basic purpose of education, then the most important test they take in their young lives, the college entrance exam, should reflect that purpose as well.

With this in mind, I wanted to create a solution by offering a third alternative for college entrance exams. In December of 2015 I co-founded the Classic Learning Test (CLT) with my lifetime best friend and business development expert David Wagner. Here is our website. To date, 22 schools have chosen to accept the CLT from students applying for admission, including Grove City College, the University of Dallas, and Belmont Abbey College.

We launched the CLT with high hopes, but have been shocked by the amount of enthusiasm traditionally-minded educators and families have expressed towards the new test. The feedback we hear most often from families is simply, “we have been waiting for this.”

Our goal in offering an alternative to the SAT/ACT is to reconnect intellectual pursuit and virtue. We believe that the ultimate testing standard, the college entrance exam, should be full of the greatest writers and thinkers in the history of Western thought. From Aristotle to Immanuel Kant, the leaders of the Western thought tradition have shared a profound concern for what classical educators refer to as “the good, the true, and the beautiful.”

The writers and thinkers students encounter when taking the CLT point them to the reality and existence of absolute truth, the sanctity of human life, and the irreplaceable value of personal character development.

Some readers may react with skepticism. After all, we are talking about tests that a student only takes at most a few times, so how impactful could an alternative be?

Shortly after launching the CLT our team began receiving emails from parents asking, “What type of curriculum would best prepare students for the CLT?” Those emails confirmed our belief that college entrance exams drive curricula in secondary schools. We realized that an alternative test could be impactful enough to refocus secondary schools on the disciplines that shape the human heart.

If a college entrance exam tests for ethical literacy, then student, parents, and schools will prepare accordingly. CLT tests have included passages from C.S. Lewis, G.K. Chesterton, Augustine, and Flannery O’Connor. The passages engage the moral compass and conscience of a student rather than his or her intellect alone. If you want to check out our exam (and perhaps compare its questions with those on the SAT and ACT), you can do so here.

As serious thinkers know, ideas have consequences and what people read shapes who they will become.

Twenty years from now the measuring stick for the success of the CLT will not be found in the bottom line of corporate profits. Rather, this endeavor will be gauged by the fruit it produces in the lives of the next generation and the degree to which it can contribute to a renaissance of virtue in America.

The SAT and ACT Fall Short, But Now There’s a Better Alternative