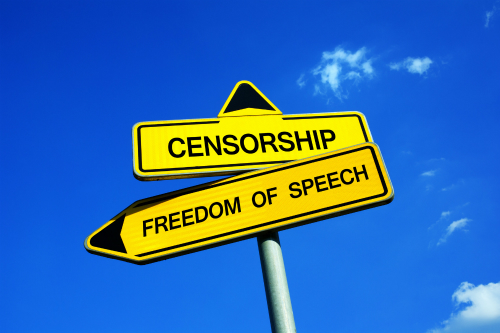 Freedom of speech has been under siege at many American colleges and universities. Sometimes the attack comes from aggressive students who can’t stand having others say things they disagree with, and sometimes it comes from administrators who don’t like it when faculty members make impolitic statements.

A recent case at Troy University in Alabama combines both.

At the April 2016 meeting of the Association of Private Enterprise Education (APEE) in Las Vegas, an unKoch My Campus employee named Ralph Wilson secretly recorded a number of sessions, and the organization later released transcripts and audio files.

UnKoch My Campus is website run by a group of activists who believe the “Koch Brothers” are unduly influencing higher education through their funding of various professors and university-based programs. They seek to expose what they call unethical behavior on the part of these professors in support of the Kochs’ political agenda. (Full disclosure: I am the director of The O’Neil Center for Global Markets and Freedom at SMU’s Cox School of Business, which has received donations from the Charles G. Koch Foundation.)

APEE is a group of professors and public policy experts who meet yearly to talk about their recent research. APEE’s membership, as the name implies, is mostly made up of people who are pretty favorable toward the idea of private enterprise, economic freedom, free trade, and laissez-faire.

The unKoch My Campus website using the hashtag #kochileaks breathlessly described the nefarious goings on at APEE as follows:

In the recordings, professors from Koch-funded schools share strategies to help their peers spread the Koch gospel on their own campuses. They speak frankly about attempts to dodge transparency requests by their students and faculty, mention their cozy relationships with high-level university administrators, mock journalists and portray anything other than their own free market teachings— including humanities, social sciences, gender studies and diversity initiatives—as laughable.

As soon as I read this description, I knew there was nothing of interest in the recordings. If someone at APEE had really said something embarrassing, the unKoch zealots surely would have mentioned this right up front. Indeed, a reading of the transcripts yielded nothing juicy, and I expected the issue to fade quickly.

That proved correct for the most part, as the story garnered little attention in traditional or social media.

That is, until a memo dated July 1, 2016 was leaked from Alabama’s Troy University and appeared in the local media. The memo was from the Troy University Chancellor’s office to the members of the Board of Trustees, outlining a series of disciplinary actions targeted against the faculty of Troy’s Manuel H. Johnson Center for Political Economy:

1. A “refocus” of the mission and activities of the center faculty to concentrate solely on teaching and academic research and service.

2. A 90-day moratorium on public policy pronouncements/opinion writing or any other activities that can be construed as political activism. Dean Edwards has indicated that he will consider strongly extending this moratorium to ensure the new focus for the Center is implemented in full.

3. The appointment of a new chair of the Department of Economics and Finance, who will be a member of the finance faculty rather than the economics faculty. Dr. George Crowley, who made the comments that brought about this controversy, was scheduled to serve as the Department Chair, but that appointment has been canceled.

What caused this severe set of sanctions?

It turns out George Crowley was one of the professors secretly recorded at the APEE meeting. The Troy University administrators claimed to be upset that Crowley described Troy as “third-tier” and that the Johnson Center’s research was trying to “bring down” the Retirement System of Alabama (RSA).

At this point, I became involved. I had been asked to serve on an advisory board for the Johnson Center, so I wrote a letter to the Chancellor with the following:

[Even] poorly chosen words are constitutionally protected speech under the First Amendment, to which Troy University is bound as a public entity. Furthermore, your own Academic Freedom policy explicitly states, “The teacher is entitled to full freedom in research and in the publication of the results there from…” and “[when] a member of the academic community speaks or writes as a citizen, he or she should be free from institutional censorship or discipline….” Your decision to “refocus” the Johnson Center’s mission and impose a ban on public policy pronouncements for 90 (or more) days violates the U.S. Constitution and your own policy.

I was a tenured professor in the Department of Finance at Auburn University for three years. I know about the toxic political atmosphere surrounding higher education in Alabama, and I know also of the incredible political clout of the Retirement Systems of Alabama (RSA) and its CEO, David Bronner. At this point let me be crystal clear: If a professor at Troy University wants to “take down” the RSA or any other state program or policy, he or she has an absolute right to try to do so. You may think this professor’s stance is wrong, and you are free to support the RSA and Dr. Bronner all you want, but you may not penalize one of your faculty for his or her research conclusions or policy views. It is unseemly at best and illegal at worst to see the lengths to which the RSA is using its power to squelch legitimate, constitutionally protected criticism of its actions by Johnson Center faculty.

This incident was instigated by a small group of anti-Koch zealots who claim to be concerned about academic freedom. Ironically, it is these paranoid activists who want to violate the right of faculty to write and speak as they wish. Congratulations to you and Troy University for being willing pawns in their game.

At the end of the letter, I resigned from the board, and I then began trying to publicize the case on Facebook and Twitter.

The real story here is not about Charles Koch or secret recordings. Rather, it’s about Alabama politics. David Bronner is one of the most politically powerful people in the state and he is not happy with research published by Johnson Center faculty that suggests the RSA may not be on a secure financial footing.

It bears noting that Troy University is a state university very much beholden to the legislature for funding. Was this crackdown on the Johnson Center faculty retaliation for their research on the RSA? I wonder what communications have occurred between Bronner and the RSA and Troy University officials leading up to this event?

At least, there is a semi-happy ending to the story. After some publicity, and I assume after talking to their attorneys, Troy backed off the first two sanctions, but the chilling effect on free speech on campus will undoubtedly linger for a long time. Professors will think twice before saying or publishing anything that might land them in trouble as happened with George Crowley.

The unKoch My Campus activists are right about one thing. Academic freedom is under assault on college campuses across America, but Charles Koch is not the problem. They are.