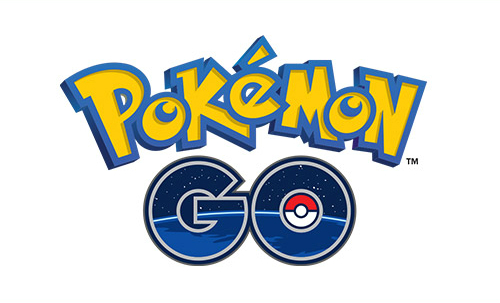 On the surface, Pokémon Go players appear to be zombified millennials walking aimlessly, eyes fixed on their cellphones. But in reality they are engaging with a new community of young adults who are embracing a healthy, stimulating, and socially beneficial technology. The game, which has become a global sensation, brings out the best in those who play it. And this fall, the millions of college students immersed in it will bring out the best in their campus communities.

For those readers who have yet to play, here are some basics. Behind Pokémon Go is what’s called an “augmented reality” system. It takes Nintendo’s popular Pokémon video game characters and scatters them across GPS locations, allowing users to track them down via smartphone. Players are incentivized to explore their physical surroundings to try to capture every Pokémon character. Simply put, it is the greatest treasure hunt game ever created.

Walking through campus, the digital world comes to life on one’s smartphone camera, with virtual characters appearing near walkways, benches, trees, and buildings. Though I’m a rising senior at the University of North Carolina at Chapel Hill, I’ve never traversed campus as much as I have in the wake of the game’s release a few weeks ago. During an average “PoGo” session, my friends and I walk 3-4 miles exploring almost every nook and cranny on university grounds.

In addition to increasing exercise, the game has positive effects on cognitive development. As Michael Beauchamp of the Department of Neurosurgery at Baylor College of Medicine recently said, “[The game] forces you to navigate your neighborhood, learn where Pokémon congregate, and return to that location again…[it] taps into the reward system and spatial navigation system.” The game could especially help those with mental health issues such as depression and anxiety.

That Pokémon Go has created such health benefits is certainly one of its greatest feats. But going forward, it also will help to support student groups and charitable causes. An entrepreneurial student from UNC Chapel Hill’s professional business fraternity, Alpha Kappa Psi, recently used the game to promote a bake sale fundraiser. With more students flocking to campus in a few weeks, fundraisers and advocacy events incorporating Pokémon will likely become ubiquitous.

Mass adoption of this game has quickly spread throughout the country, with major institutions and organizations channeling the excitement. In addition to those at my school, enthusiasts at North Carolina State University and other universities have hosted large meet-ups at which crowds of students gather to be a part of the growing community. The game also has garnered attention from the Durham Bulls and venues such as PNC Arena—both of which recently sponsored charity Pokémon events.

Perhaps more interesting, students have been inspired to take classes related to the augmented reality technology underlying the game. Glenn Reid, an instructor at Chattahoochee Technical College in Georgia, has used the game to bring students into the school’s design and media production technology program. “More than half of my students this summer are engaged in this game. This is a phenomenon and social networking at its best,” said Reid.

And it’s free market capitalism at its best. It’s spontaneous order at work. What new degree programs will crop up, and what new industries will emerge because of Pokémon Go? Based on the staggering popularity of this game, which now has more daily users than Twitter, Pandora, Netflix, and Spotify, it’s safe to say we’ve only scratched the surface of what could end up being a major breakthrough for entertainment, education, and other sectors.

Already, the game is impacting higher education for the better. It’s turned otherwise sedentary, reclusive students into social butterflies (well, at least healthier butterflies). And because it unleashes users’ inner explorer, it probably will do more to acclimate incoming freshmen to campus life than any sleep-inducing orientation session ever could. That may be why some universities, including the UNC School of the Arts, have used the game in their campus tours for prospective students.

While searching for Pokémon, players encounter “Poké-spots” emphasizing murals, monuments, and important campus fixtures. Many spots also happen to be located near restaurants and other businesses, which have been taking advantage of the increased foot traffic. Some business owners have paid in-app fees to place additional Pokémon at the spots near their establishments to entice students to make purchases during their journeys.

So on top of helping students learn more about campus history, Pokémon Go is providing a boon to nearby businesses. For instance, the last time I played in Chapel Hill, my fellow “PoGo” group members and I passed the Varsity Theater and decided to pay to see a movie, which is not something we usually do. Afterwards, we found ourselves at a Poké-spot near the Mellow Mushroom and decided to eat pizza while searching for the elusive creatures.

These days, it’s fashionable to feign contempt for seemingly superficial pop culture phenomena. That’s one reason why naysayers and “get off my lawn” types scoff at Pokémon Go and view it as yet another example of shallow millennial entertainment. But they’re missing the mark. The game reveals a fact that seems to be lost on many older adults: the vast majority of college students are decent, smart, and hardworking individuals.

On the other hand, students advocating trigger warnings and calling for controversial speakers to be banned are part of a very small minority. Yet higher education news is dominated by accounts of such foolishness. Sure, those students exist, but they’re rare and represent none of the Pokémon Go players I’ve seen this summer, many of whom, like me, are working students who avoid the “progressive” agitators in our midst.

So what if we want to have fun along the way? Pokémon Go may not help us learn American history or economics. But neither will drinking at a campus bar. At the least, the game will provide a healthy way to enliven the campus community. And maybe it will cause us to reassess why our tuition is going to diversity offices, given that this game is doing so much more to bring so many people from so many different backgrounds together in a spirit of camaraderie.

Don’t listen to the cynics. Pokémon Go represents a bright spot in American—and higher education—culture. It has attracted a large following of college students from across the nation for all of the right reasons, and it will have a positive impact on campuses in the coming academic year. Now, if you’ll please excuse me, I need to go charge my phone.

How UNC Can Save Money Post-COVID-19